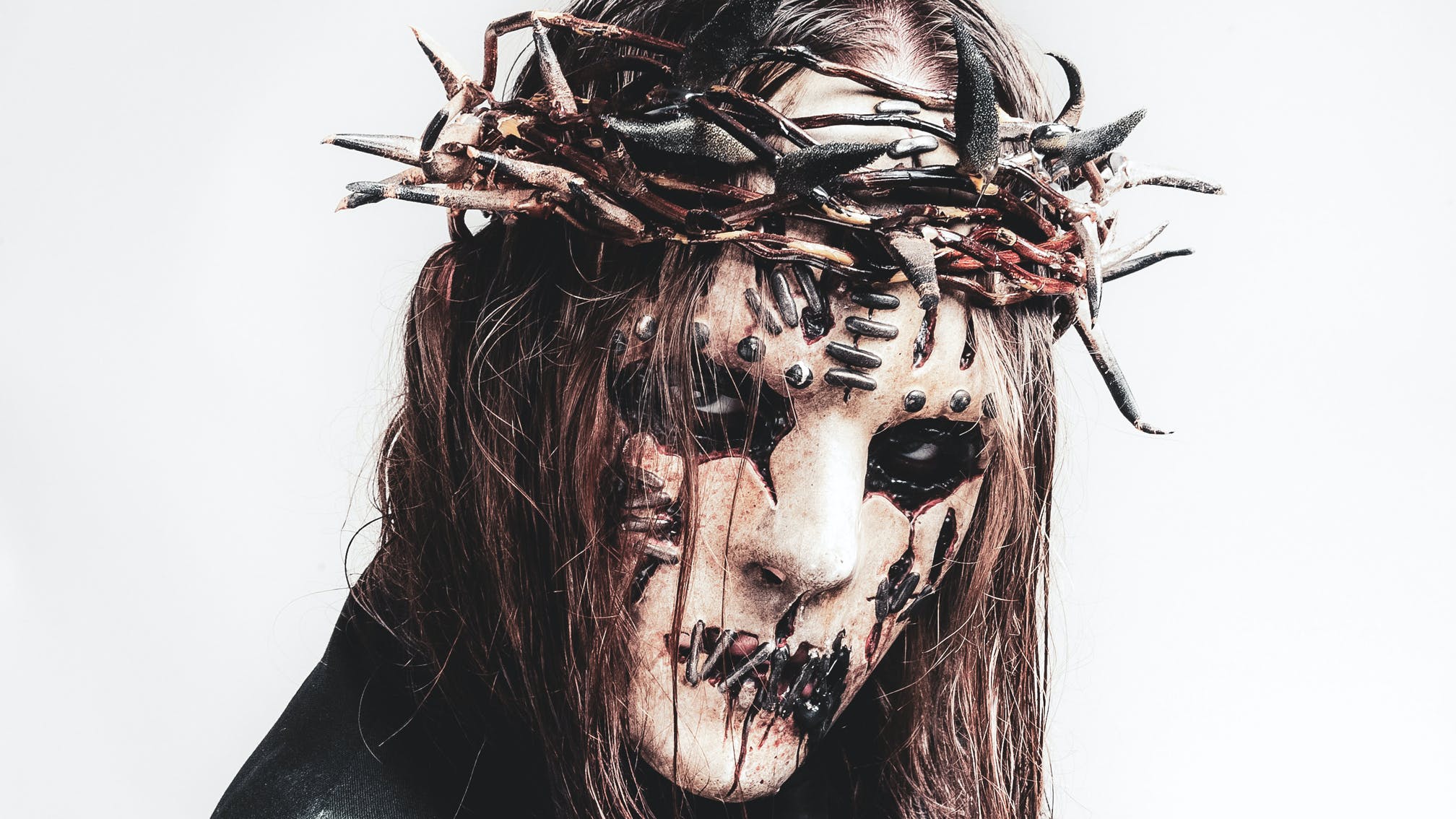 I was hungover the first time I met Joey Jordison. It was the morning after an awards ceremony, in 2016, at which he was the guest of honour, and he was due to come into the office to say thank you and generally hang out for a bit. The majority of my colleagues had elected to stay in bed and nurse their heads, but there was no way that I was going to miss the opportunity to meet the co-founder of my favourite band. Having left the Slipknot fold three years prior, I didn’t know what to expect from someone known to millions as #1. What I found was a kindhearted man, generous with his time, who’d get teary-eyed and wobbly-lipped when meeting a lifelong Maggot who still cared about and respected him. Of course I still cared. Of course we still cared. He was Joey fucking Jordison.

The first time I saw the diminutive drummer was in the video for Wait And Bleed. In the peak nu-metal era of the early ’00s, it was all over MTV2, which I’d watch religiously. Sure, you couldn’t take your eyes off any one of the nine masked maniacs onstage, but there was something mesmerising about Joey in particular. His expressionless kabuki mask, his ability to play like a man with twice as many limbs, the cheeky throw of the horns to the camera at the end… it all added up to make him, in my mind, the coolest member of The Nine.

Two years later, I’d find myself watching him onscreen again, glued to the TV and staring in awe as his drum kit rose from the ground and rotated at a 90-degree angle – while he was still playing. I would skip back on the Disasterpieces DVD again and again just to see Joey managing to outplay any drummer on the planet while hanging upside down.

Conversely, the first time I saw Joey perform in the flesh wasn’t with the ’Knot, but while filling in on drums for Korn at Download 2007, three years after he’d done the same for Metallica. The Dimebag Darrell Tent, as it was christened that year, was packed and then some, with its surrounding barriers eventually being ploughed down by the masses. As excited as I was to see Jonathan Davis and co., I spent the set craning my neck to grab a view of the back of the stage, trying to catch a glimpse of the thundering tubthumper I’d been watching on TV for the past seven years. Needless to say, he put in a hell of a shift.

I’ve been lucky enough to see Slipknot in the years since, mind you, and many of those times with Joey. I was on the barrier for the All Hope Is Gone tour at Sheffield Arena in 2008, where he emerged from behind the stage in his crown of thorns and willow-fingered garb, looking (again) like the coolest thing my friends and I had ever seen. I’d see him again on giant festival stages over the coming years, including the now-iconic Download 2009 headline set, and at Sonisphere 2011, where we stood watching Joey clutch onto the boilersuit of the late Paul Gray and openly sob at the end of the set. His bare, raw display of sadness coming after a 90-minute aural assault, in that brief moment, perhaps for the first time, humanised the band we’d all come to know as a hate machine.

But there was more to Joey than Slipknot. In that same year, I travelled to Rock City in Nottingham to watch him perform with Murderdolls – who are still criminally underrated. While everyone was there for the band, the chants of ‘Joey! Joey! Joey!’ rang through the venue all night. He would dedicate the track Nowhere to Paul (which they played twice as his guitar and mic cut out first time), and would point and scream to the sky for his fallen friend throughout.

I’d meet and interview Joey a few times after that initial post-party encounter, and the emotion he showed night after night with his bandmates was never confined to the stage. He was open, honest, and unafraid to show vulnerability. For a man who seemingly out-partied everyone in Roadrunner United, as seen in the documentary, he wasn’t hellfire and brimstone, but a considered soul who loved heavy metal and loved his fans. Judging by the outpouring of love across the internet, everyone has their own favourite Joey memory. I’ll never forget our blurry-eyed first meeting, or the time an interview was completely derailed for us both to fanboy about the first Slipknot album. He had time for everyone, and we shouldn’t forget the time he gave us. He will always be the #1.