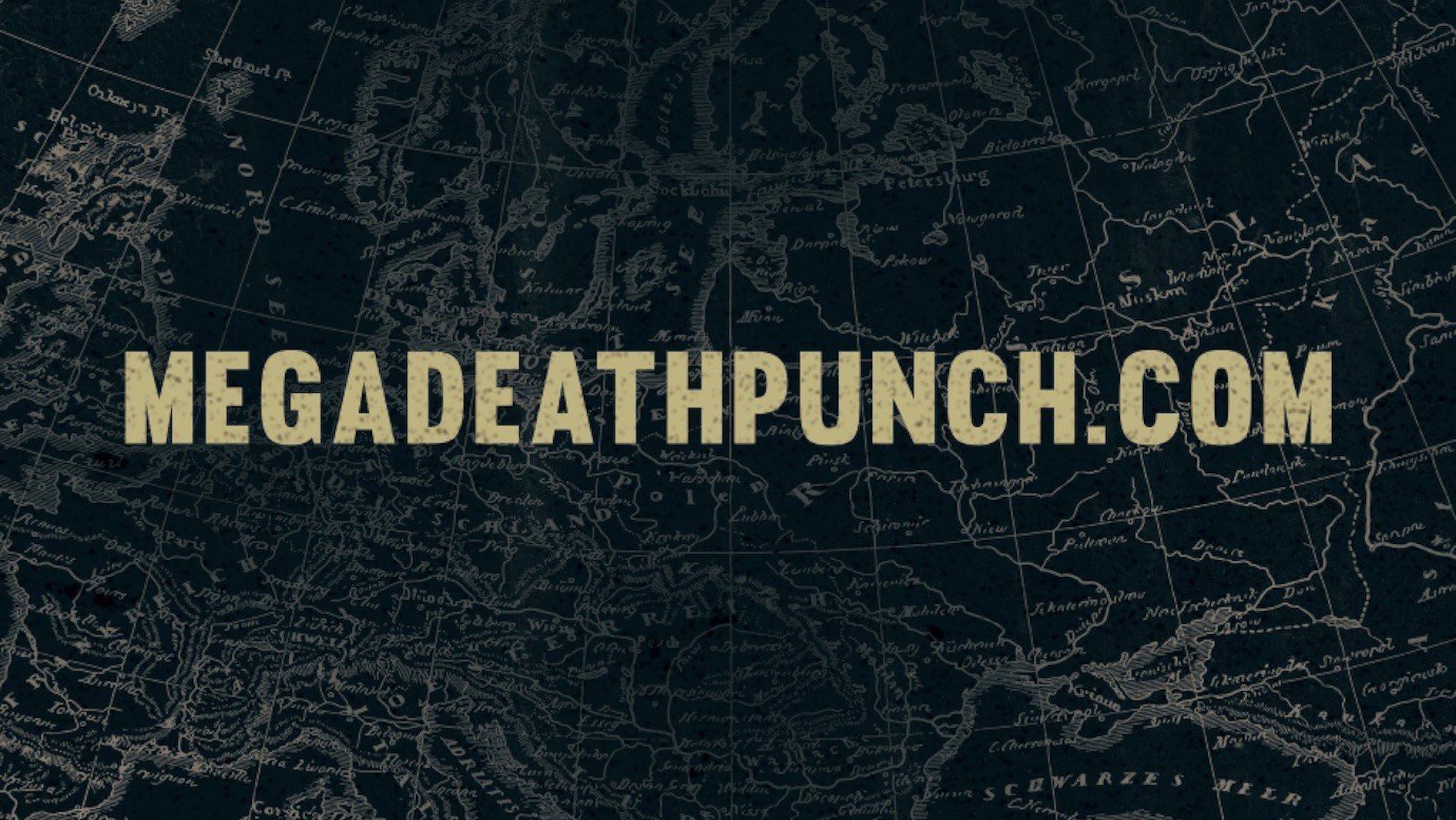 Only last month, Vegas-metal act Five Finger Death Punch announced a giant U.S. tour with Three Days Grace and Bad Wolves. Now, it's been announced via Twitter that the band will also be hitting the road in Europe with thrash titans Megadeth, on what they're calling -- wait for it -- the Megadeathpunch tour. Bad Wolves will be on that tour as well.

Both Megadeth and FFDP announced the trek on their respective Twitters earlier today, with a link leading to the official Megadeathpunch website. A whole list of European cities is shown further down the homepage, but most of them are smeared out with tomato sauce (just kidding, it's blood). Two cities have already been revealed, however -- Helsinki, Finland, and Stockholm, Sweden.

READ THIS: FFDP's Zoltan Bathory: "It's still painful to talk about. There are a lot of voices in my head...I was dying."

Below all of this is the date '9.9.2019', which one assumes is when the full list of cities and dates will be announced. That said, keep your eyes on the site to see when more cities will be revealed.

Meanwhile, if you're a jetsetter who can't wait to punch through some drywall, catch Five Finger Death Punch at one of their upcoming U.S. tour dates below: