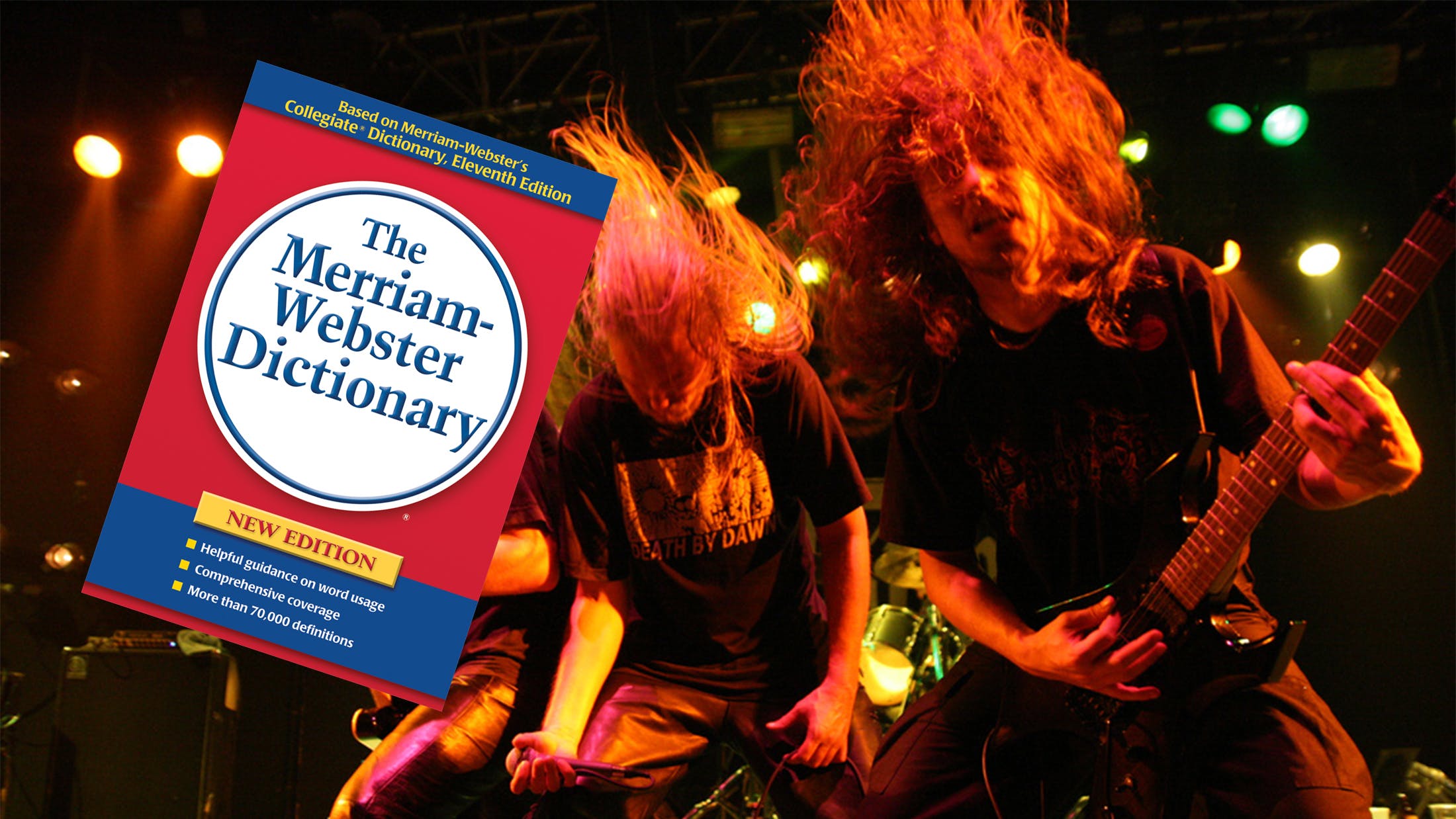 As all Kerrang! readers should know, to refer to something (an act, an object, a state of mind, a breed of cat) as "very metal" is high praise indeed, however, it's not an absolutely correct use of language...yet.

The good folks over at Merriam-Webster, the home of the US equivalent of the Oxford English Dictionary, have put "metal" as an adjective on their "Words We're Watching" list, meaning that hopefully soon you'll be able to call something metal without breaking the rules of the English language (which we assume is a primary concern of yours).

From the Merriam-Webster site:

Metal has been a noun in good standing since the 13th century, and has been used attributively for most of that time, but [...] these days it's acting like a full-on adjective. And you can place the blame squarely on that musical scapegoat that's been blamed for decades with arguably worse things like driving youth to devil worship: heavy metal.

The only word you see, you know it's gonna be, The Adjective 'Metal'

That right: this use of metal is the unruly teenage offspring of the term heavy metal, which of course refers, as your hopelessly academic-sounding dictionary asserts, to "energetic and highly amplified electronic rock music having a hard beat."

There you have it.

Here's a very metal album for you to enjoy while you contemplate the legitimization of a phrase you've been using for years: