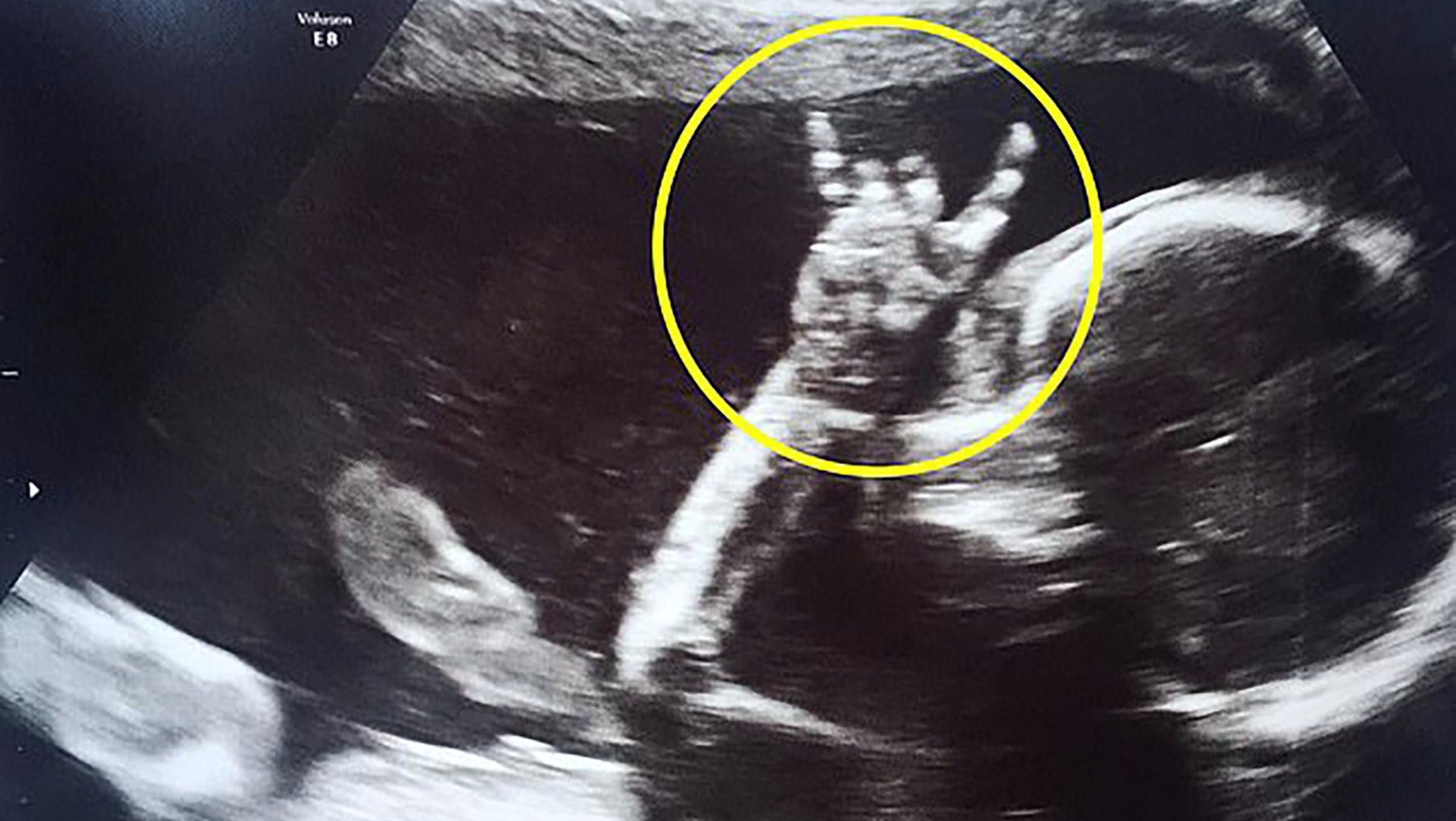 Metal fans like to talk a lot about how they're metal for life, or how they were born metal and will die metal, and any number of other grand statements on how metal takes up their entire existences. But let's be real: for the three trimesters their mothers carried them in their wombs, most metalheads were false as hell. They never listened to any Celtic Frost, they never tried to crowd-surf -- and they certainly weren't throwing the horns. We only bring this up because an East Sussex couple's ultrasound revealed their baby throwing the horns in the womb, thus putting us posers to shame.

Here's a picture of the ultrasound in question:

According to People, Jodie Lee and David Lingham went in to get their 24-week ultrasound, only to discover that their daughter, Isla, was a raging hesher. The couple were apparently delighted by the news, as David is "massively into music," and they've been playing Isla everything from Michael Jackson to opera star Andrea Bocelli via headphones on Jodie's baby bump. How this turned Isla into a diehard Amon Amarth fan is anyone's guess.

Apparently, Isla's ultrasound photo was a form of foreshadowing -- the now-18-month-old is a lover of all forms of music, according to her parents.

“As soon as she hears music, even from a passing car, she’ll stop, put both her hands in the air and bounce up and down or shake her bum," said Jodie. "She never stops. As soon as we saw her hand we thought it was the best thing ever. We loved it. Isla showed her love of music before she even arrived and now she’s our little rock chick.”

Whether or not Isla will turn to the dark side and start blasting Emperor out of her closed-door bedroom remains to be seen over the next 18 years. For now, we bow our heads to the fact that it took us all a decade-plus to be as cool as her.