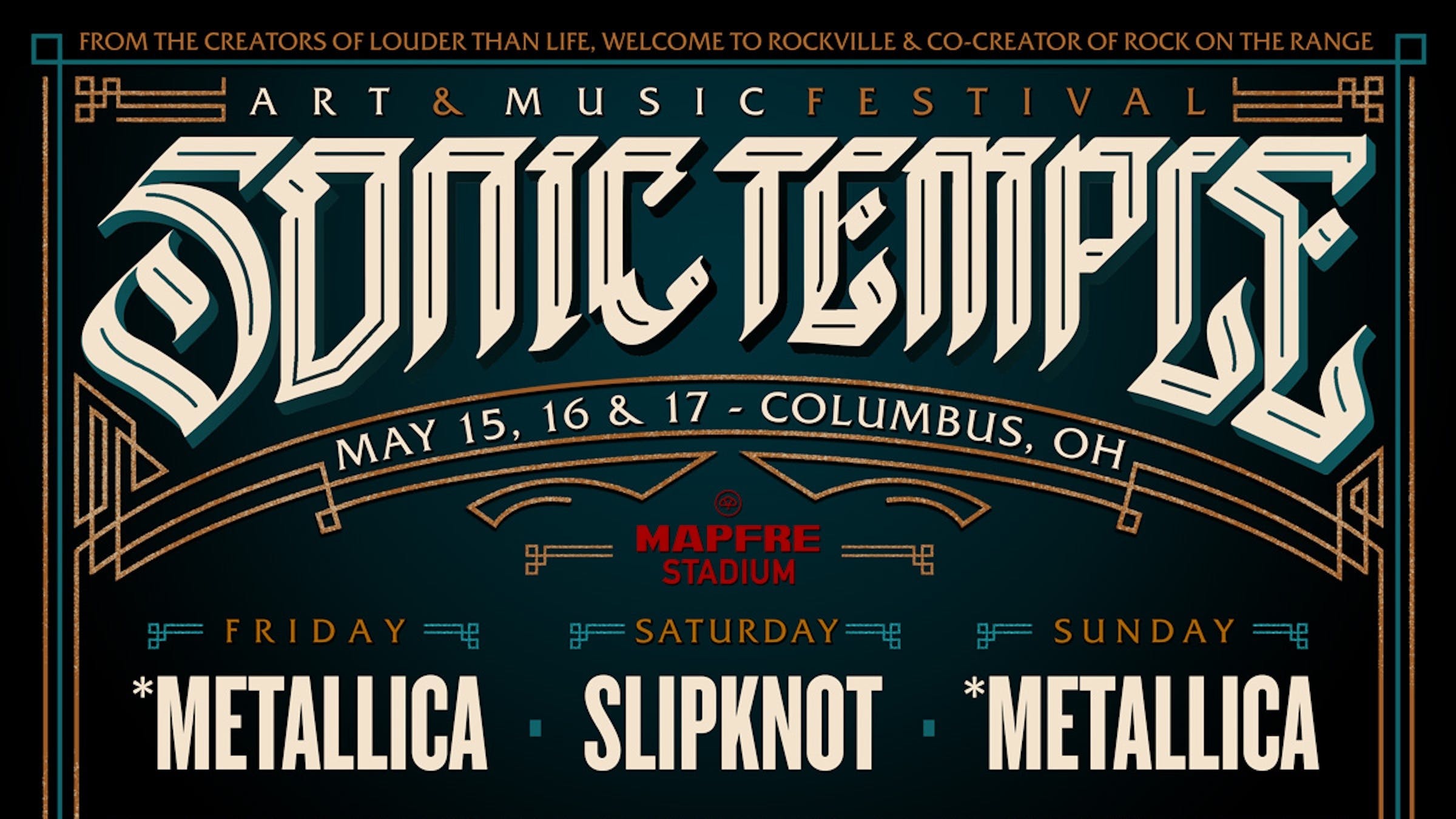 Last year, the first-ever Sonic Temple Art + Music Festival made an impressive entrance onto the U.S. festival circuit, boasting a line-up that included Foo Fighters, Disturbed, System Of A Down, Ghost, and a buttload of other impressive acts. Now, the second Sonic Temple's line-up has been revealed -- and it does not disappoint.

The main headliner of the festival, which goes down in Columbus, Ohio, on May 15, 16, and 17, will be Metallica, who will play two unique sets on both Friday and Sunday (part of their campaign to headline every Danny Wimmer Presents festival in 2020). Of course, those attending the festival on Saturday will be seeing a headlining set by Slipknot, so it's not as though they'll have to settle for a subpar final act.

That said, those two bands are just the beginning -- here are all of the other bands currently scheduled for Sonic Temple 2020:

And this doesn't even take into account the many food and drink vendors, art installations, and limited-edition beverages that'll be available for fans at the festival.

Ticketing information, line-up additions, and more can be found at Sonic Temple's website.