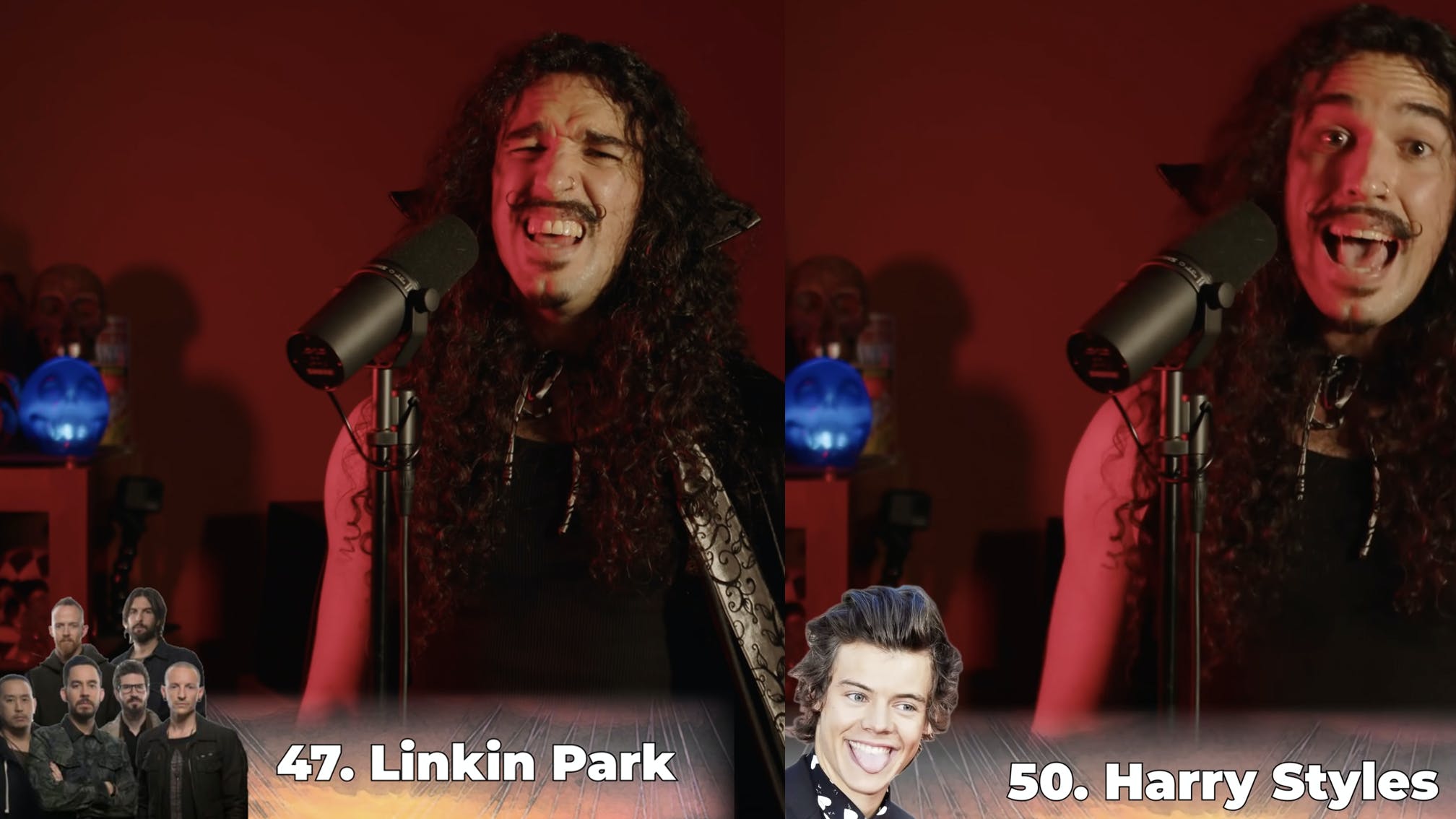 With Metallica focussing on their huge 40th anniversary celebrations this year, YouTube and vocal whizz Anthony Vincent has seemingly used this time to celebrate the band in a way that only he does best: by twisting their songs into something completely different.

In his latest video uploaded on October 12, Anthony revisited his Ten Second Songs format by performing Metallica's classic single Master Of Puppets in the style of many different artists and bands – from Linkin Park to Misfits to Soundgarden to Harry Styles, and even his cat Pyretta. It's wild, weird, and brilliantly done as always.

Speaking of that big ol' 40th anniversary, Lars Ulrich recently reflected to Zane Lowe on Apple Music 1 of Metallica's latest milestone: "Feeling the gratitude, the appreciation, and how all of this has kind of been able to manifest itself for almost four decades. Who could think that 40 years ago, that this... Hit The Lights, the energy of that tune, could lead to where this sits today?"

"There was a drive," added James Hetfield of the band's longevity. "Really, there was. I was trying to find people that had the same drive to do this, that I did. And a lot of my friends were, 'Yeah, sure. I'll be in your band.' And, 'Well, what songs do you know?' And it was the path of finding all those people that didn't work, to find another person as driven as Lars, who had come over from Europe, and had this knowledge of traveling with bands, the business side of things, a huge plethora of different kinds of music for me to just be a sponge. And just going over to his house after the ad and just soaking all that up. Just finding someone else that had the same drive was such a gift…"

Anyway, check out Master Of Puppets performed in 50 different styles below: