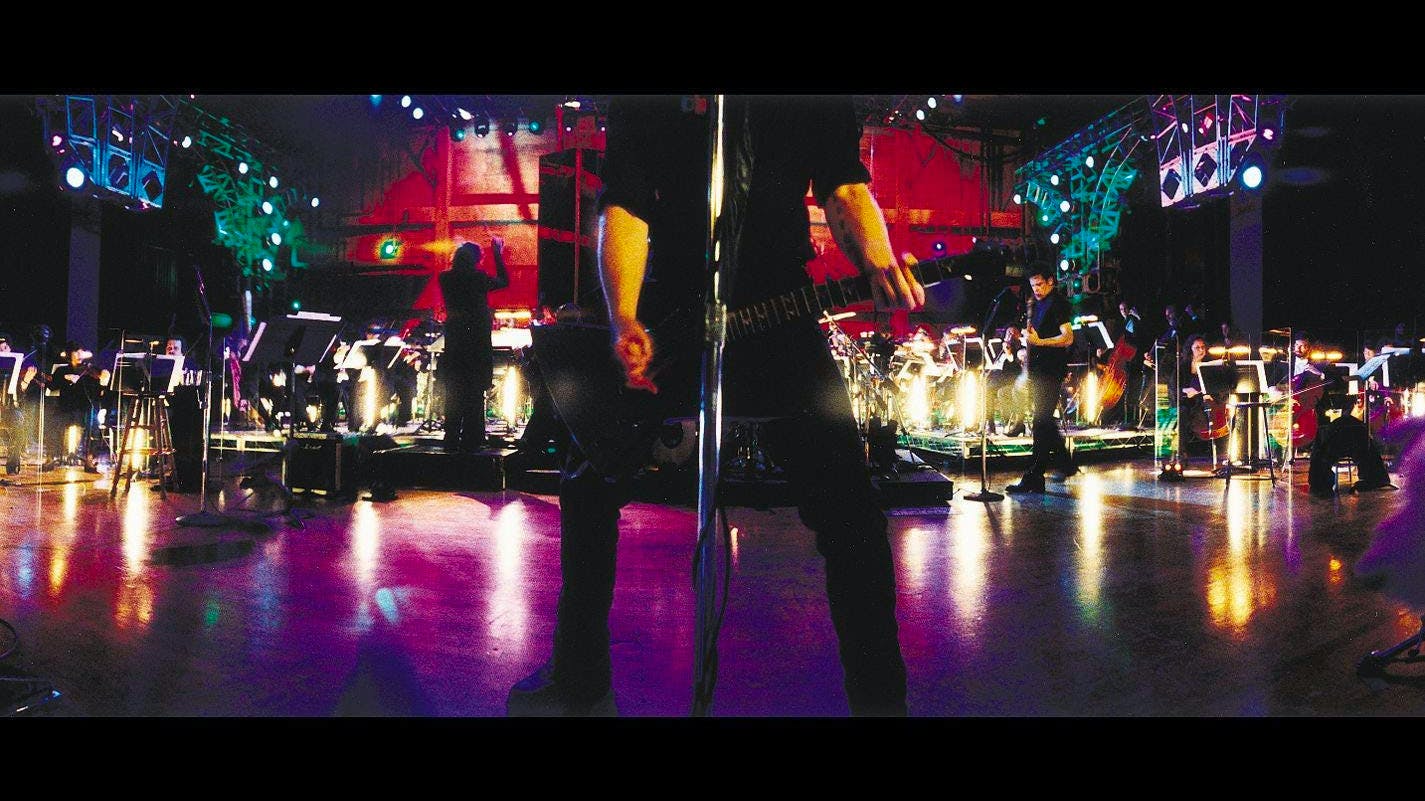 Earlier this year, Metallica announced they'd be playing a show honoring the 20th anniversary of their S&M album, complete with accompaniment by the San Francisco Symphony Orchestra. Fans were excited for the event -- so excited, in fact, that when a huge number of the tickets were snapped up by bots and scalpers, the band decided to host a second performance, to make sure their diehards got a chance to see this show. Now, the band have gone one step further, and have announced that for one night only, S&M2 will be hitting theaters across the globe.

S&M2 will be shown at 3,000 movie theaters around the world on October 9th, 2019. The film will both commemorate the 20th anniversary of S&M, as well as celebrate the grand opening of the Chase Center in San Francisco. On top of that, it's been announced that conductor Michael Tilson Thomas, music director for the SFSO and artistic director of the New World Symphony, will conduct at the event.

When they announced S&M2, Metallica said in a statement, "We’re honored that legendary conductor Michael Tilson Thomas will kick off his final season as San Francisco Symphony Musical Director with a special appearance conducting a portion of the show. James and Lars joined Michael, along with representatives from the Golden State Warriors and San Francisco mayor London Breed, to make the announcement at the Chase Center today.

“Please join us for this one-night-only show as we celebrate the addition of what is sure to become a cultural landmark in the Bay Area," they continued. "We’re thrilled to be invited to be a part of it and humbled to be sharing the stage with the legendary MTT and the city’s finest musicians in the San Francisco Symphony.”