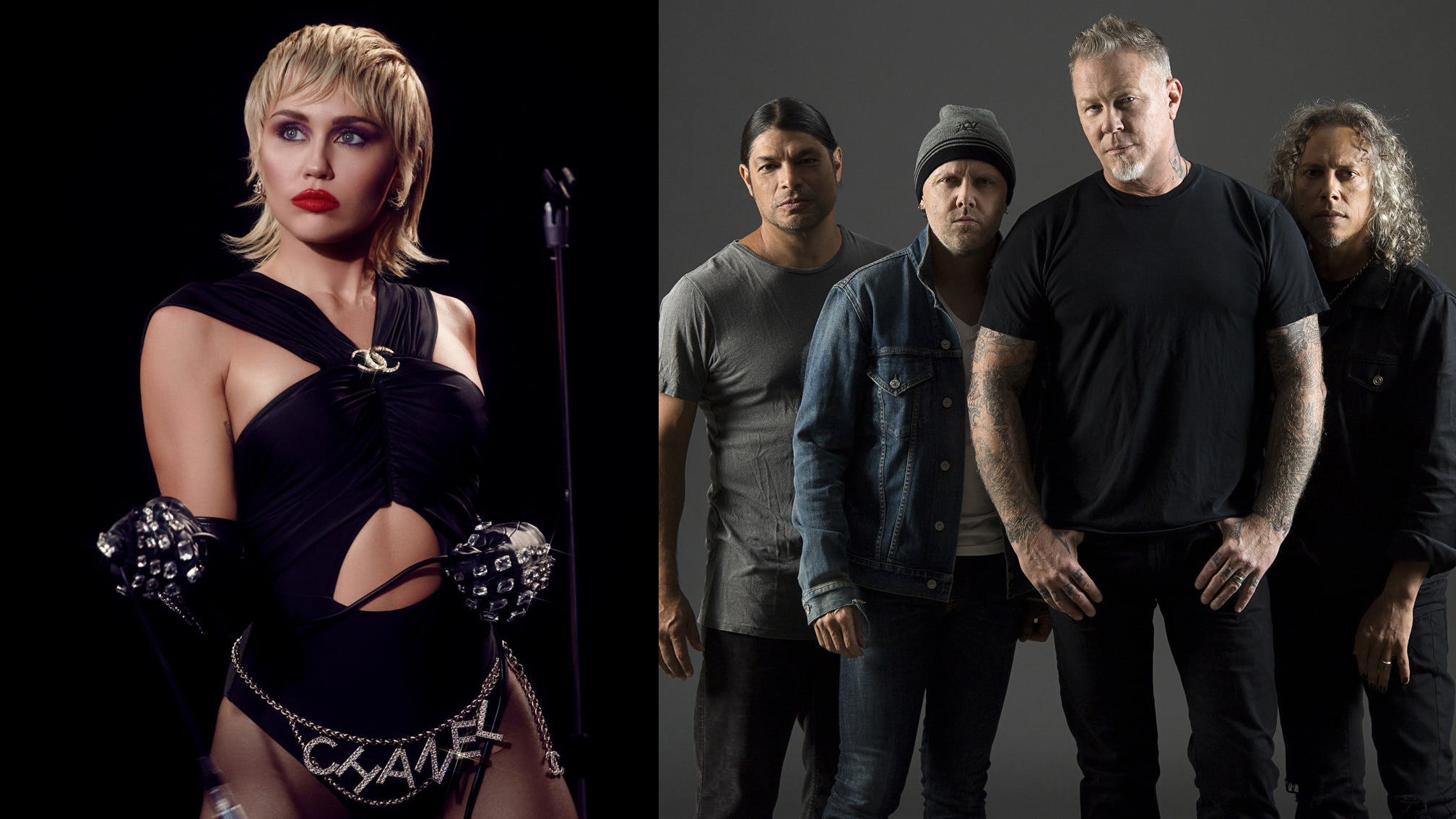 As well as taking inspiration from Metallica for her upcoming new album, Miley Cyrus has revealed that she is also working on covering The Four Horsemen for an entire record, too.

Of course, the pop megastar is no stranger to James Hetfield and co. – having hung out with Lars Ulrich at the Chris Cornell tribute show I Am The Highway in January 2019, and even covered Nothing Else Matters at Glastonbury in the summer. Now, though, it looks like she's taking her love for the band to a whole new level…

Read this: The five best covers of Metallica by other bands

“We’ve been working on a Metallica cover album and I’m here working on that,” Miley tells Rick Owens for Interview Magazine, explaining that her creative process is now in full flow after initially being affected by the coronavirus pandemic.

“We’re so lucky to be able to continue to work on our art during all of this. At first, it felt uninspiring and now I’ve been totally ignited.”

Back in August, the musician announced on The Zach Sang Show that she had pretty much made a rock album with her new LP, She Is Miley Cyrus.

“I actually used making this record as a threat to my team at one point,” she said. “Like, after the last record, I was like, ‘Listen, I’m gonna try pop one more time and if I feel like I just can’t sleep at night with it, I’m gonna make a rock record.’ And they were like, ‘Well, then why are you waiting, you never wait, just do it,’ and so I was like, ‘You’re right. I don’t know, I don’t know why I’m, like, threatening you with a record that feels like the right next step to me.’

“I just thought again, you know, I should just kind of keep going with pop and go with what I know, but that’s not who I am, so again, I just went and started making a rock record.”

Watch Miley covering Metallica’s Nothing Else Matters below – and prepare for more of the same at some point soon?!