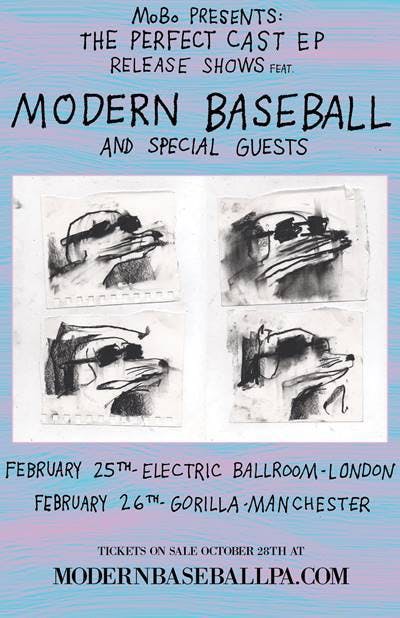 Last Thursday (October 22) the band surprised fans the release of  MoBo Presents: The Perfect Cast EP featuring Modern Baseball which is currently available here. Now, they have announced two UK shows for February 2016 – scroll down to find out where!

The band are set to release their brand new album Holy Ghost in the spring of 2016 through Run For Cover Records.

Grab your tickets from the Kerrang! Ticket Store now!

Whatever Forever: Farewell (For Now) To Modern Baseball

As the Philadelphia punks step down for a while, Ryan De Freitas reflects on the unlikely legacy they leave behind.

We speak to the man responsible for creating Every Time I Die, The Menzingers and Modern Baseball videos.