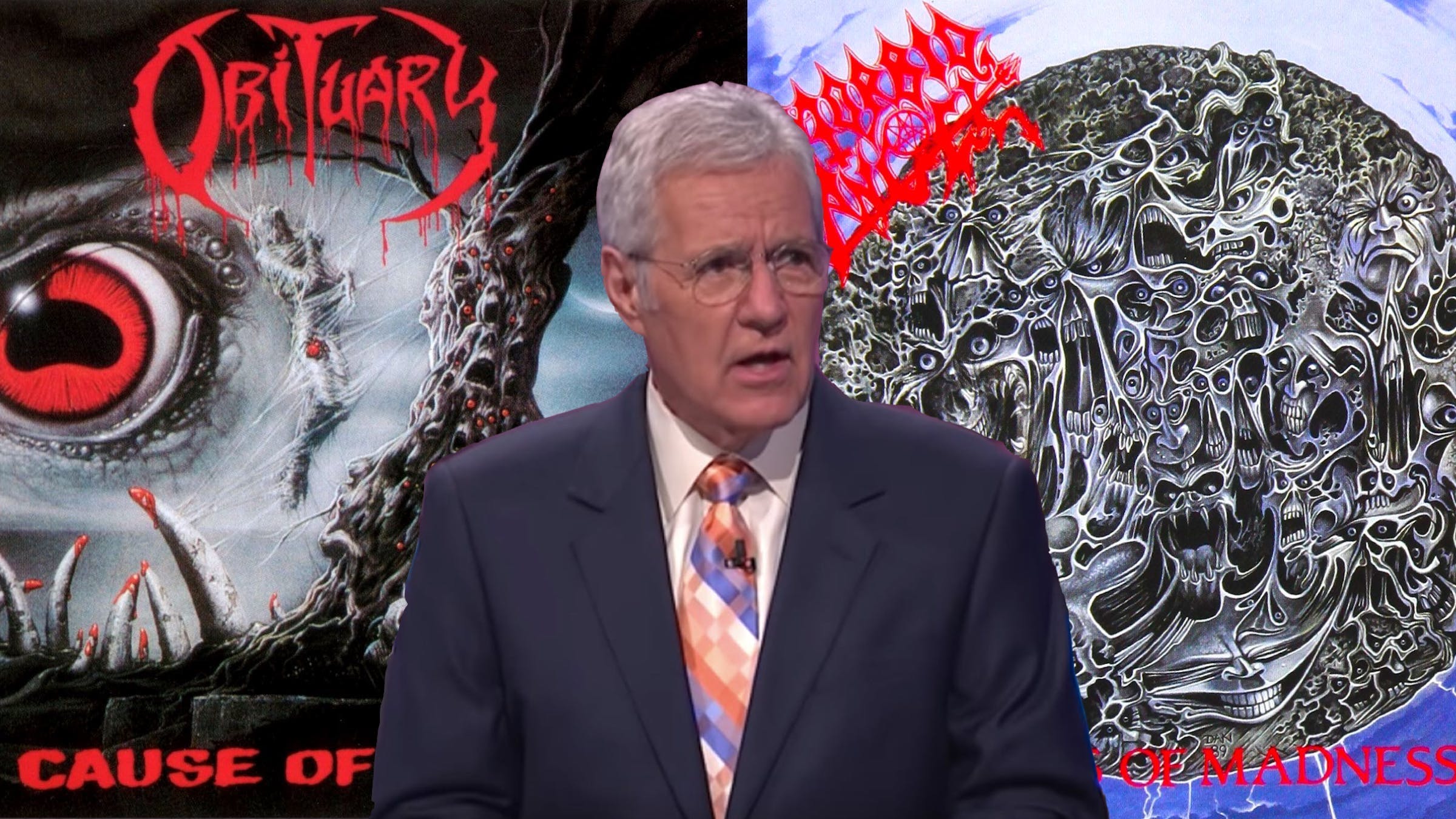 There are echelons most bands dream of reaching, and then there's being featured as a question on Jeopardy!. While playing Download is nice, and getting a platinum record is pretty cool, hearing Alex Trebek announce your band or bandmate as though he were narrating a museum tour is a true sign of sonic greatness. Earlier this year, Five Finger Death Punch made it on there; now, legendary death metallers Obituary and Morbid Angel had their turn.

The question was, "Morbid Angel and Obituary are popular bands in this genre." Kyle, the contestant who asked, didn't get the answer immediately, proving that he's a monumental poser. However, Dhruv Gaur, the 2018 college champion, swooped in to show off his brain's battle jacket by nailing the answer.

READ THIS: The 10 most metal commercials of all time

That said, while Alex Trebek is one of the more metal dudes on the planet (don't deny it), Jeopardy! itself has some pretty non-metal rules. Specifically, it was announced earlier this year that contestants are permanently banned from making bids of $666, as well as $1,488 (because of the numbers' ties to white supremacy) and $69 (for obvious reasons). Still no ban that we know of on $420, though, but then again potheads are not incredibly well known for their trivia knowledge.

Obituary have certainly earned their place on the Jeopardy board, having written some of the most compelling death metal albums in the genre's history. Kerrang! voted their sophomore album Cause Of Death the best death metal album of the ’90s, with writer Chris Krovatin saying, "It really doesn’t get any better than this. While most death metal bands focused on being fast and angry, Obituary took their sweet time crafting eerie, humidity-drenched riffs that kept sweaty heads banging. On their sophomore effort, their hard work and patience paid off in the form of one of the most gut-wrenching, joint-twisting albums ever written.

"From spooky opener Infected, through the accent-driven steamroller of Chopped In Half, past the panicked slam of Find The Arise, all the way to the trundling stomp of Turned Inside Out, Cause Of Death is an awesome, brooding journey to the heart of death metal’s development, and one that sums up the fertile burial ground of the 1990s. Only in Florida."

Morbid Angel will be on the road this fall this Watain and Incantation in tow.