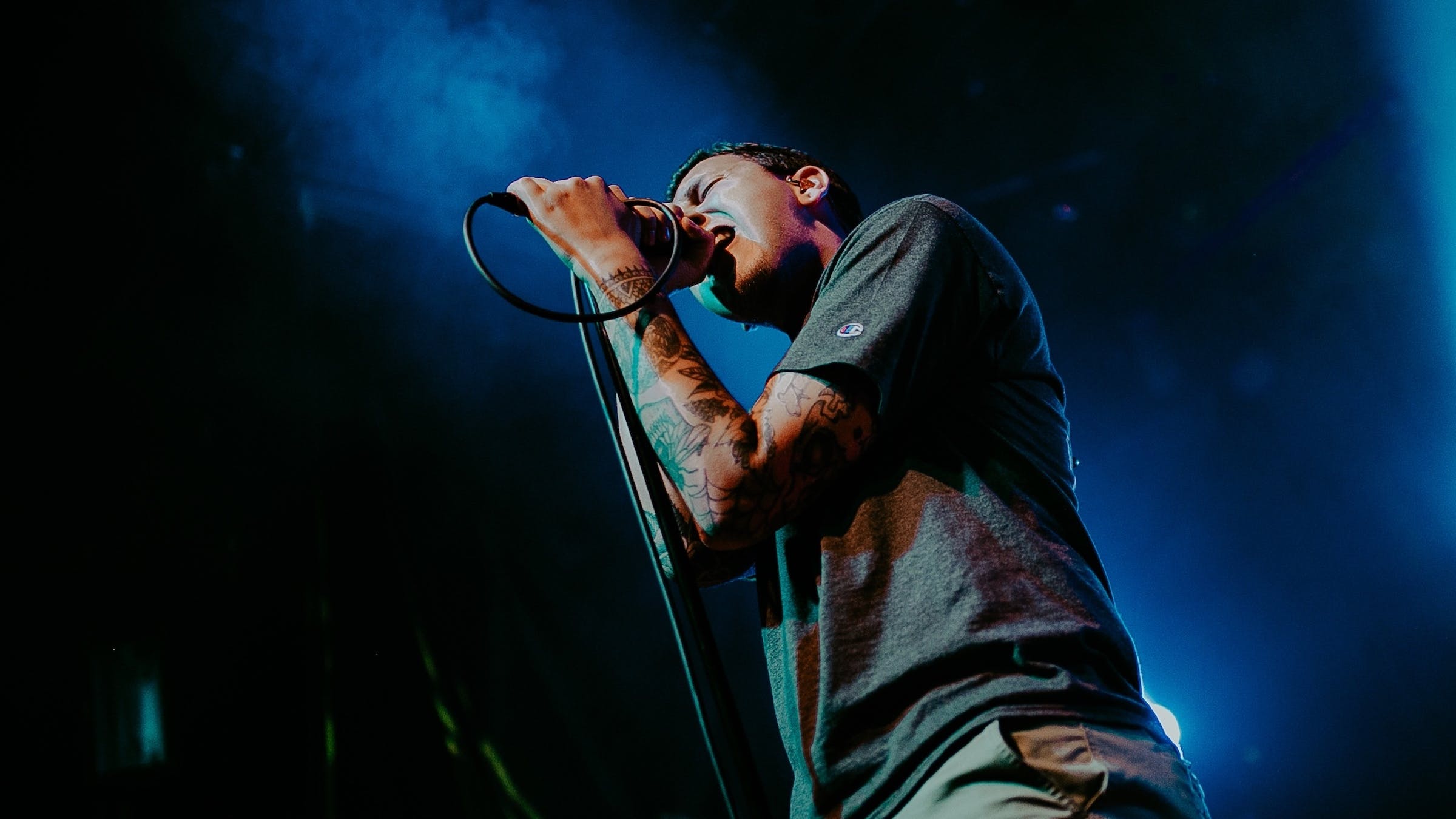 In 2017, the crowd at New York’s Irving Plaza seemed interested -- but overall unfamiliar -- with California's Movements when they opened up for Knuckle Puck. But this Tuesday night, the very same room is packed with fans singing along to every word of every song as the band plays a headlining set to a sold-out crowd alongside Boston Manor, Trash Boat, and Drug Church. What a difference a year and a half can make.

Drug Church are easily the most old-school of the acts on tonight’s bill, with their blatantly confrontational sound and reckless attitude echoing classic acts like the Ramones and Dead Kennedys. The rising Albany, New York, band give off a radical energy on tracks like Unlicensed Hall Monitor and the unhinged Weed Pin that rivals the power they put behind their insane K! Pit performance from earlier this year.

UK-bred pop punk quintet Trash Boat show off their noisy, gritty sound with songs mostly taken from their latest album Crown Shyness, weaving defeat with heroism and despair with persistence. The band’s energetic rhythms are appreciated by the audience, who mosh and crowdsurf like mad as early as 8:00pm.

When Boston Manor emerge on stage, all eyes are on them. With a menacing ski mask plastered on the banner behind them, the band instantly draw devoted chaos from the crowd, who open up a series of pits that never close throughout the set. Charging opener Flowers In Your Dustbin sends a bolt of excitement through the sea of fans, proving the success of the band’s sophomore full-length Welcome to the Neighbourhood.

Vocalist Henry Cox is insatiable, coming off like a villainous ringleader as he screams, “Show me some more crowd surfers, some more pits,” and demands that one pit get “bigger, even bigger!” The audience falls all over each other trying to comply to his wishes, much to the frontman’s delight.

Movements open their set with The Grey, the final track on their beloved debut LP Feel Something, and the song has the audience in their grip within seconds. The whole room surges forward, hypnotized, and screams along with chants of “You were gold, but I’m colorblind” when the band performs Colorblind, and “There came a time / Where everything was poison in my mind / Took everything I had till only fear was left behind” during Under The Gun.

It’s only been a year and a half since the release of Feel Something, but the need for new music makes it feel much longer, and the audience is starved for it. After playing a couple of relentless post-hardcore jams from their EP Outgrown Things, frontman Patrick Miranda announces that after this tour, the band will be working on a new album. The crowd cheers, driven to ecstasy with little more than the affirmation that new music is coming.

The crowd reacts explosively to this heartfelt finale of Daylily, Vacant Home, and Kept, screaming along with utter abandon. As the set ends, the horde of sweaty punks and hardcore kids saunters out into the night with renewed energy, wondering how much bigger, louder, and crazier Movements will be the next time they roll through town.