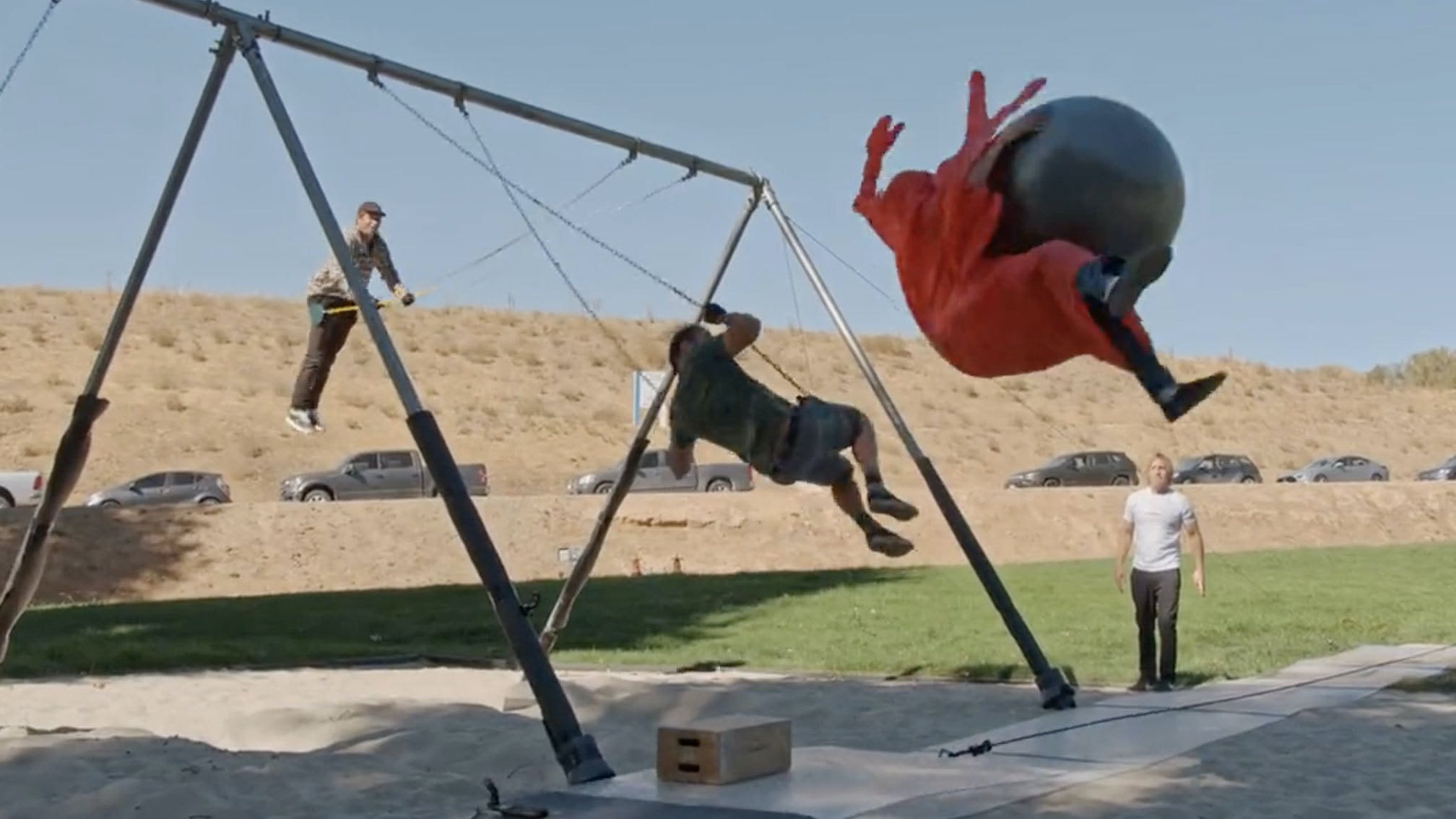 It’s around this time of year, when the birds sing and the evenings grow long, that turning your back on civilisation can really appeal. Living in the forest, foraging for mushrooms, washing yourself in rainwater collected in a bucket and casting aside all of the nonsense of your prior life… glorious. The phone charging situation might be complicated, though. And a fridge would be nice. Hmm. There’s a lot to think about before going fully off-grid. Might as well watch something while working it out.

The entire world breathed a sigh of relief when Jackass Forever came out and it felt like maybe, just maybe, after all the nonsense of the last few years, everything was going to be alright. Even if some of the bits didn’t quite go where they could have, and the shadow of the global pandemic loomed over the whole thing, it was so goddamn joyous. As with Jackasses 2 and 3, the bits that didn’t quite make the theatrical cut have been combined into their own almost-movie, full of endearing failures, hilarious almost-successes and that glorious blunt-force trauma that nobody does better.

You know how sometimes you want to eat really nice food and sometimes you want to eat absolute total shit? Telly’s like that, and Lovestruck High is the equivalent of a squished Wham bar found at the bottom of a sports bag – you know it isn’t good for you, but damn it’s delicious. A particularly silly, maybe even deeply questionable concept (a bunch of telegenic British people in their 20s are transplanted to a U.S. high school to find love) is dealt with exactly as one would expect: needlessly lengthy conversations about things we just saw happen, needlessly lingering closeups on glistening body parts and a cheerfully cheesy voiceover, from Lindsay Lohan of all people.

Normal People, back in prehistoric 2020, was one of those shows that seemed to come out of nowhere and was inescapable for a while, a lockdown juggernaut. Conversations With Friends is in some ways the follow-up, based on another novel by the same author, Sally Rooney, and reuniting a lot of the behind-the-camera talent. It’s… not as good. But if you happen to like lengthy silences and endless scenes of emotion-filled eye contact where nothing really happens, you’re in for a treat.

The internet is a mad thing. It has allowed so many enormous leaps forward in terms of the global conversation, giving voice to the previously voiceless and allowing everyone to find their people. However, it’s also given power to complete bastards. Going into this incredibly-made documentary, it’s probably best to know as little as possible beyond the basics – it’s the story of a South Korean scandal involving a Telegram-based scheme to coerce people into uploading nudes. It’s extremely bleak stuff, an example of just how out of hand things can get with this extraordinarily powerful tool in the wrong hands.

Wherever you live, you are affected by American politics — the U.S. is the most powerful country in the world both financially and culturally, and their laws have knock-on effects across the globe. However, American politics is also incredibly confusing, and its government vast and labyrinthine. Based on a book by the author of The Big Short and Moneyball, two of the best “oh shit, that really entertaining thing I just watched also taught be a whole bunch” projects of the last few years, The G Word follows comedian Adam Conover examining the government’s successes and colossal failures, complete with cameos from everyone from Barack Obama to Penn & Teller.