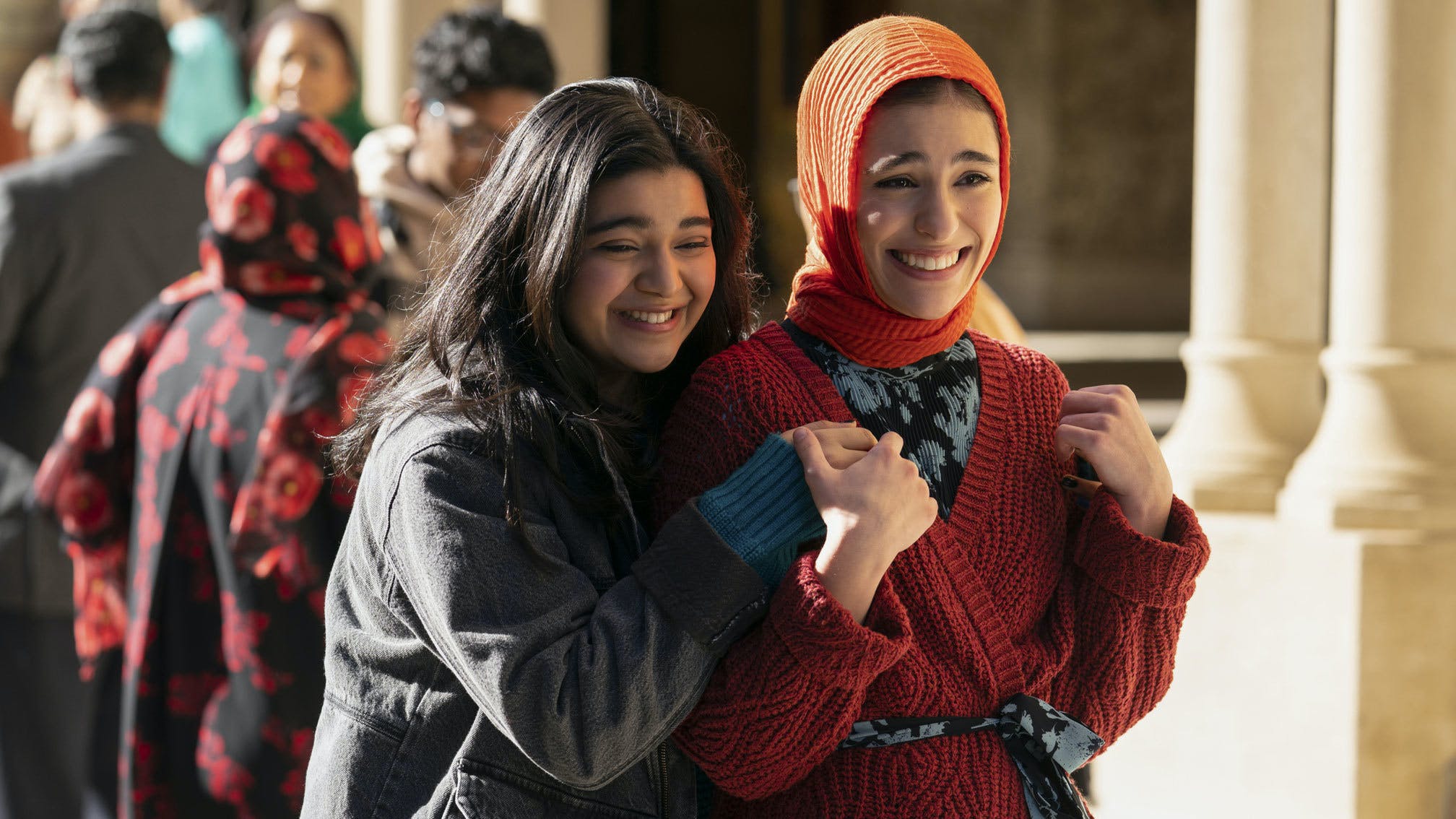 Some Muslims want to be rock stars and others want to be superheroes. While this might not sound like an otherworldly dream, these spaces – whether real or fantasy – startlingly lack representation of non-white communities. As a young South Asian teen, with Kerrang! posters plastered on my walls and comics littering my bedroom floor, I spent hours pouring over stories, eagerly searching for an underdog character I could latch onto. Most days, I would lazily peel back the pages of my Supergirl comics, longingly reading newly-introduced arcs of the bright-eyed blonde heroine who would swoop through National City. For years, it felt like the faces gracing comic covers would never look like me.

Nowadays things are a little different as the mega-franchises of Marvel and DC Comics have begun to rewrite their erasures. Every Pride Month, both titles now unveil a playful collection of Pride covers starring their biggest and campiest superheroes. Marvel, lately, has extended its racial diversity by platforming renowned Chinese-American kung fu expert Shang-Chi, as well as the globally recognised Black Panther, aka T’Challa King of Wakanda. Elsewhere, on the smaller screen, DC made history by debuting the first-ever transgender superhero Dreamer, who will (hopefully) make an appearance in the physical comics, too. It’s these powerful underrepresented stories that drive the appeal of our beloved superhero universes. After all, who wants to read the same rehashed stories about Superman?

As reboots galore washed over the big screen (yes, we’re talking about those Spider-Man movies), it was as if the Marvel gods (Kevin Feige and Victoria Alonso) had heard my pleading prayers. The next Marvel phase was announced to include Ms. Marvel: a teenage Pakistani-American Carol Danvers / Captain Marvel stan who suddenly gains superpowers. Crash-landing on our screens earlier this month, Ms. Marvel is the joyously Scott Pilgrim-esque adaptation I had been waiting for.

Newbie actor Iman Vellani marks her screen debut as the fiercely independent 16-year-old (and geeky) Kamala Khan. Deeply rooted in her superhero daydreams, Kamala and partner in crime Bruno Carrelli (Matt Lintz) get up to no good across Jersey City. It’s a furiously addictive series and with only two episodes out (just yet), the groundwork for Ms. Marvel’s adventurous origin story is just getting started. This said, we can presume things work out given Kamala is set to appear in The Marvels alongside Brie Larson as Captain Marvel and Teyonah Parris as Monica Rambeau next year.

But, back to the actual TV series – Ms. Marvel. Well, it’s a standout debut from Iman, but it’s the details in the series that really make it shine. British-Pakistani screenwriter Bisha K. Ali (who's known for her work on Netflix’s Sex Education) brings the comic adaptation to life with witty dialogue. The crew enlisted on this bright new Marvel project are largely from South Asian backgrounds or have some affiliated heritage. Comic book editor and Marvel alumni Sana Amanat is listed as an executive producer alongside the director duo Adil El Arbi and Bilall Fallah. Having the right people in the room (see the disastrous decline of Netflix’s Grand Army) can make or break a project, particularly one with as much cultural and religious weight as Ms. Marvel.

So as the 50-minute opening episode, Generation Why, rolled out, I watched Kamala Khan whizz through errands snacking on mithai (a traditional South Asian confectionary), trying on a striking orange shalwar kameez, and battle it out in persuading her parents to go to a “party”, aka AvengersCon. The universal relatability to Kamala’s character is what makes her unbelievably endearing and easy to root for. But, more than anything, it’s the cultural and religious accuracy. I’m sure plenty of Muslims let out a chuckle as Kamala quietly whispered ‘Bismillah’ (In the name of Allah) during a driving test, only for her instructor to mistake it for a sneeze and offer a ‘bless you’ in an exchange.

Elsewhere, in the follow-up episode, the audience is given a glimpse into prayer at a mosque and the performing of wudu (the practised ritual of washing before prayer). Ms. Marvel effortlessly weaves in the everyday practices of Muslim communities without it feeling laboured, or worse, tokenistic. On the flip-side, another valuable side of Kamala comes from her adoration of fandom culture and the Marvel universe. These moments are absolutely for the geeks and outsider counterculture obsessives. After all, how often do you see a young Muslim girl freely fawning over comics and decked out in an honorary superhero costume? I’ll tell you: not often enough.

As greater Muslim representation slips into the mainstream, there’s now scope to hear more stories coming from community fringes. From the die-hard comic book to the committed wannabe rock icons, it’s time we had our overlooked rough-cut stories told to bigger audiences.

Take Channel 4’s wonderfully riotous sitcom We Are Lady Parts. What began as a one-off online comedy short was given the holy green light to become a full-fledged series… and thank god it did! Hitting screens in 2021, it follows the lives of a rowdy all-female Muslim punk band on the search for the perfect guitarist to join their misfit gang. Crammed with unapologetic self-expression and fearless protagonists, …Lady Parts is the brilliant, silly, anarchistic brainchild of creator Nida Manzoor. Labelled as a “delightful freakshow” by one of its very own characters, the show shone the spotlight on the Black and Brown voices that have long been missing from the raucous punk scene. From an explosive lead singer facing cultural pressure from family to a closeted LGBTQ+ female drummer, it was unafraid to wade deep into the nuances of alternative identities.

These unconventional roles – like Trenton, a female Muslim hacker, from hit Prime series Mr. Robot – spotlight a refusal to conform to chalky stereotypes of South Asian and Muslim lives. Instead, these edgy shows upend expectations of the community and passed The Riz Test with flying colours. The expectation of the alternative is to be gloriously unconventional and different, so it’s about time networks take a chance on including the boisterous, minority voices screaming from the sidelines. After all, if the praise and ratings of Ms. Marvel, Lady Parts and Mr. Robot have taught us anything, it’s that audiences are willing to back shows with a real, alternative spirit.