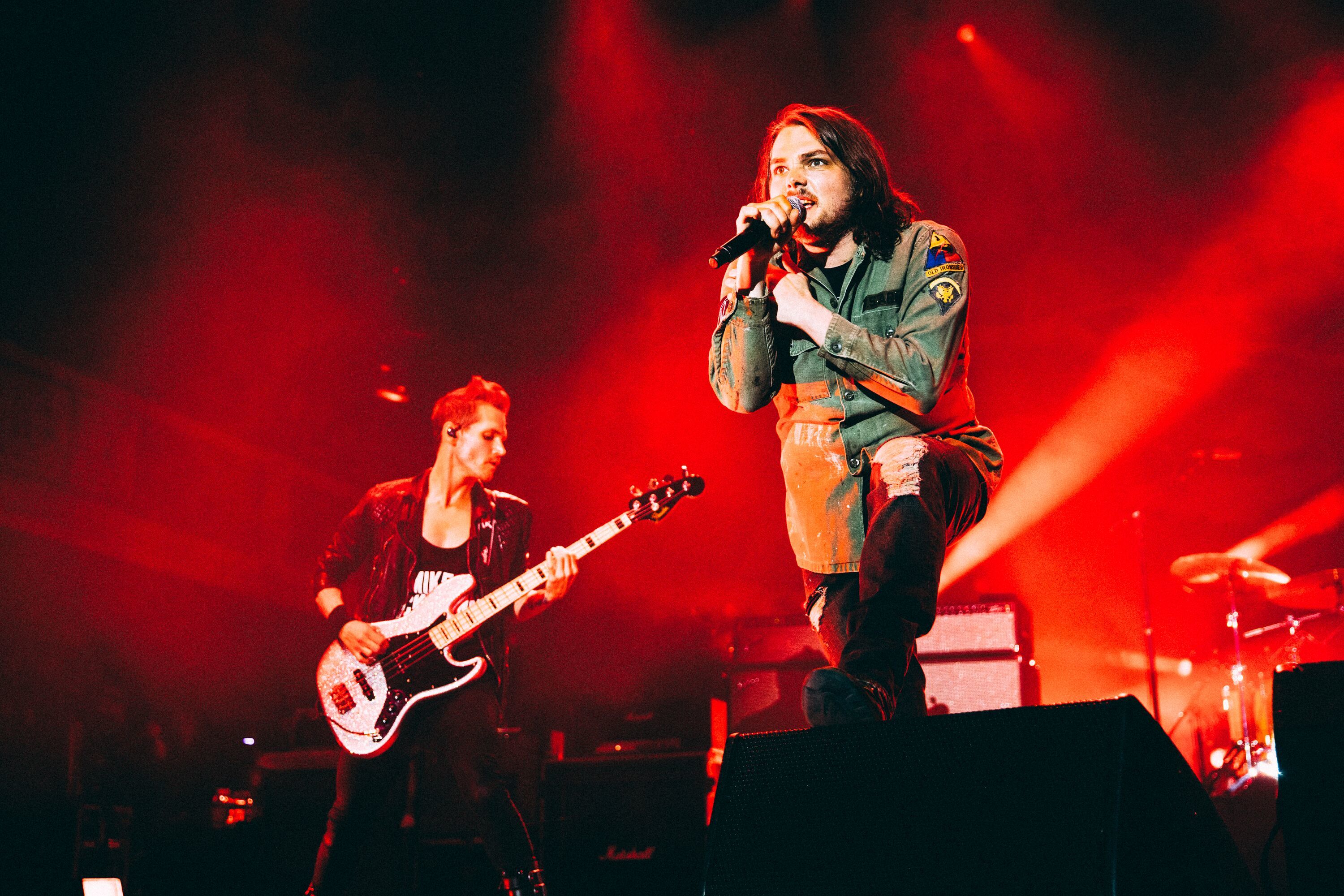 New Gerard Way content is stacking up rather nicely while we're all in isolation right now, with the My Chemical Romance frontman now sharing two more previously-unreleased demos, following the four solo songs he unveiled in early April.

The two new instrumental demos go by the name PS Earth and Crate Amp_01, and come just weeks after he uploaded the songs Welcome To The Hotel, Success!, Crate Amp_02 and Phoning It In (2) VOC to Soundcloud – also adding a link to the COVID-19 Response Fund, which you can donate to right here.

Of PS Earth, Gerard writes: "This one was recorded at the tail end of the Hesitant Alien demo sessions, just Doug and I. I liked it well enough at the time, felt kind of ’90s, didn’t end up putting any vocals on it though. I like the bridge a lot. Looking back at the whole thing, I like it, but not sure if I’m going to finish it. Guitar, bass by me. Programmed drums by Doug."

Gerard goes into more detail about Crate Amp_01, explaining: "This is the start of the Crate amp jam. Like I mentioned in the other post about the Crate amp jams, I wasn’t sure when Doug was in record-mode, because I was in the live room with the amp, so I just started playing. I feel like doing more of these Crate amp jams. I think we can get it to sound even more messed up. At one point, I think in a later track, Doug tried to do this thing where he put a glass bottle over one of the mics, to make it sound more messed up and kind of underwater.

"Oh, and when I bought this amp, I also bought an old Peavy, which is another kind of amp that is cheap and you saw a lot of metal bands using in the ’80s. That one sounds pretty messed up too, and I think it also has built in distortion. The amps sound pretty different from each other though. I can’t remember which guitar I was playing for certain, but I am pretty sure it was the BC Rich Mockingbird Lindsey got me for Christmas, which I love. BC Rich is another one of these companies' gear heads get snobby about, and the ’80s saw a lot of metal bands, all kinds of metal bands, use them. Thrash, hair metal, just all kinds of metal. The Warlock was everywhere. Years ago I heard about this successful musician buying up a ton of a certain kind of guitar, to corner the market on them, so I thought I would do what he was doing, but in the complete opposite direction, and buy up a ton of guitars no one really wanted and that wouldn’t really increase in value. Just to be a clown. I ended up not doing that, as that would have been a gross misuse of funds simply to make a joke, but I did eventually get one. I like the shape a lot. It sounds metal af."