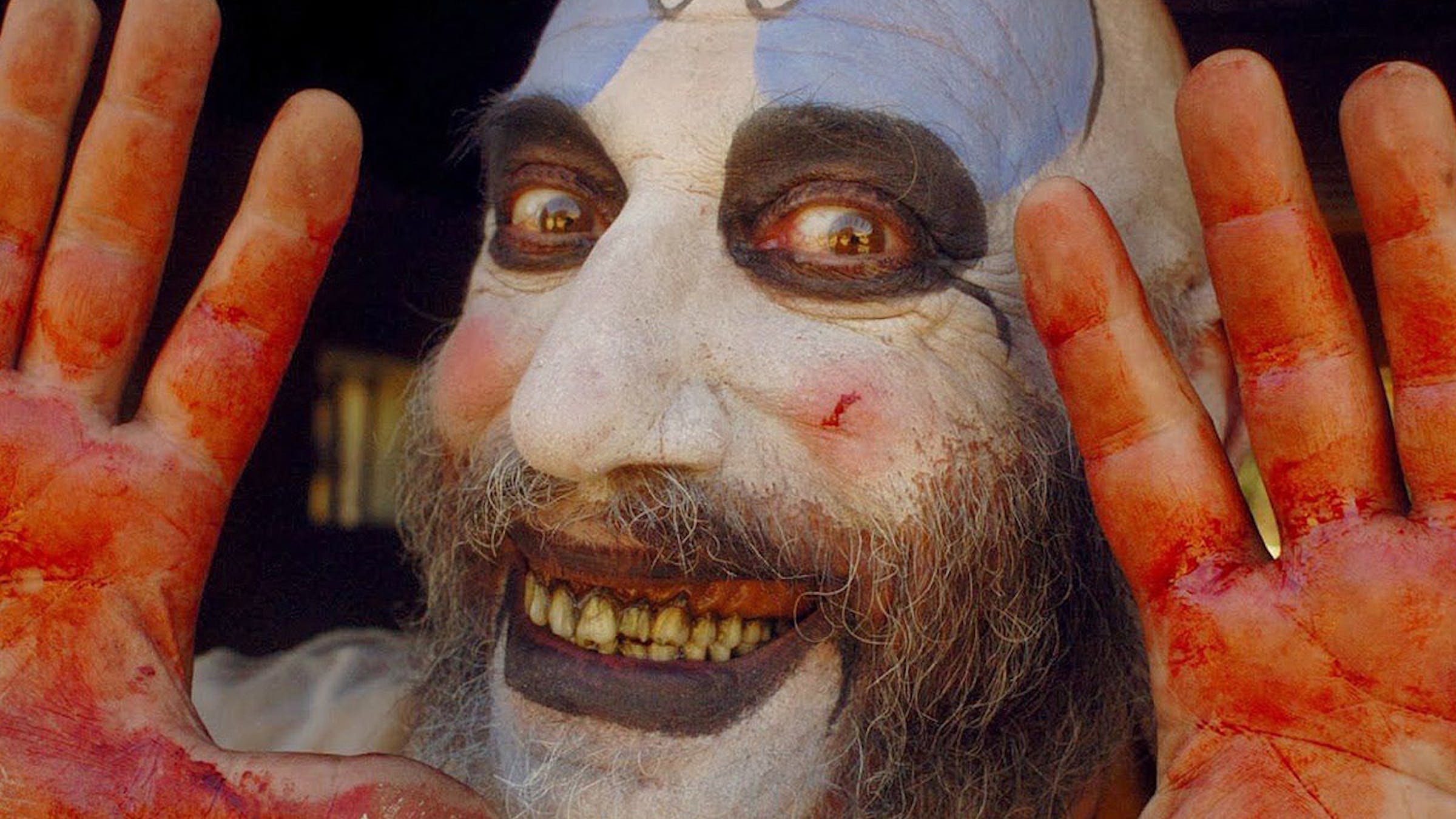 There’s something about a great character actor that big-name stars can’t touch. Character actors don’t give us an image of who we’re supposed to be, or who we should want to be, but who we are. And while they may not receive top billing, and most viewers may not remember their names -- most are tenured members of the That Guy club -- they always get the best lines, and people remember them the most. In the circus of Hollywood, good character actors are the clowns -- though forced to wear false faces, they get paid in big smiles and belly laughs as they offer the crowd a mirror in which to see that they’ve been the joke all along.

It’s fitting that Sid Haig’s most famous role was a clown. Sid was as damn fine a character actor as there ever was, with a face you couldn’t forget, a voice that was fun to imitate, and an attitude like no other. Throughout his long career, he played all the roles only a character actor can -- thugs and crooks, madmen and warlords. But as Captain Spaulding, the murderous clown and sideshow barker in Rob Zombie’s Firefly Family films, Sid portrayed a figure in which all the loudmouth psychos of the world saw their own reflections grinning back at them.

Like many actors, Sid’s career didn’t begin in theater or film, but in music and dance. The Armenian-American kid from Fresno grew up so fast (literally -- Sid was over six feet tall, and was already on his way there before his teens) that he took dance lessons to help his motor coordination, leading to a childhood career as a dancer. He was also a versatile drummer, and signed a record contract right out of high school; the track he recorded with the T-Birds, Full House, reached #4 on the charts in 1958. It was when he enrolled in the Pasadena Playhouse that he began to make his name as an actor, and eventually met exploitation producer Jack Hill.

Sid featured in prominently in several of Hill’s films, acting alongside blaxploitation starlet Pam Grier in Coffy and Foxy Brown. Horror fans are most familiar with his role in Spider Baby, Or The Maddest Story Ever Told, a movie that would act as a precursor to familial gorefests like The Texas Chainsaw Massacre and The Hills Have Eyes. The movie surrounds a clan of inbred maniacs dealing with visiting relatives from the outside world; Haig played Ralph, the bald, leering brother of the family, whose unhinged excitability gave off a genuine sense of terror.

By the time he was tapped by Rob Zombie, Sid was burnt out on acting. Having played every substance-less thug, henchman, and wicked Arab in the book, the actor had decided to focus his attention elsewhere. He even turned down the role of gangster Marcellus Wallace in Quentin Tarantino’s Pulp Fiction -- a role written for Haig, that later became crucial for the career of Ving Rhames -- because it felt like more of the same (Haig would later go on to play the Judge in Tarantino’s Jackie Brown, another character that the director had specifically written for him).

Then, in 2003, Captain Spaulding was born in Rob Zombie’s House Of 1,000 Corpses. The character was a melange of outsider icons -- the facepaint of serial killer John Wayne Gacy, the name of a Groucho Marx character, the insane bravado of showman William Castle -- that perfectly suited Haig’s looming menace and bright-eyed glee.

But it was Sid’s body language and delivery that truly made the role, the ease with which his rictus grin turned to a murderous sneer intrinsic to Spaulding’s twisted identity. It’s impossible to imagine anyone else making cinema history with lines like, “Why don’t you just take your mama home some chicken, and then I won’t have to stuff my boot all up in y’ass!”

Captain Spaulding reinvigorated Sid’s acting career. He reprised the role twice with Rob Zombie, first for 2005’s The Devil’s Rejects, then once more for this year’s 3 From Hell, in which Spaulding has a brief cameo early on in the film before being executed by the state. While many fans and critics were surprised by the brevity of Sid’s appearance -- was he no longer interested in playing Spaulding? Did Zombie and he have creative differences? -- one look at Haig in 3 From Hell told most people what they needed to know. Sid looked thin, sounded hoarse -- it was easy to tell he was unwell.

Zombie confirmed these worries in an interview with Bloody Disgusting last week. "About three weeks before we started shooting I got a call from Sid," said the directors, "and he said, ‘Well, I’ve been in the hospital for a while.’ And then it started to make sense. Because every time I go, ‘Oh, did Sid come in for his wardrobe fitting?’ they’re like, ‘No, he postponed it again.’ ‘Did he come in for this?’ ‘No, he had to [postpone]'...So I thought okay, I’m going to go visit him in the hospital, see how he looks, see how he’s doing and judge the situation. So I went to see him. Big, burly Sid was now like a skeleton.”

But Rob wouldn't let it go -- even as Sid couldn't pass his studio-mandated physical and Richard Brake's character Foxy was written to fill Captain Spaulding's shoes, he fought for Haig to act in at least a quick moment in the film. That scene would become his last onscreen appearance.

Above: Waxwork's cover for the vinyl release of the House Of 1,000 Corpses, with art by Robert Sammelin. Sid Haig is depicted front and center, and is the first voice heard on the record.

For millions of people, Captain Spaulding personified the riotous hooligan they saw in themselves, an old-fashioned funnyman who also wasn’t afraid to give you the finger or headbutt your aunt in her dumbass face. But for many others, Sid Haig was a shining example of how you could pave your own road and be a solid guy doing it. Sid Haig couldn't afford to be a diva; instead, he was a hard-working creative who had to bust his ass honing his craft. To every person out there being told they’re too tall, chubby, funny-looking or uncouth for show business, Haig is a reminder that those gatekeepers can go fuck themselves.

With Sid Haig’s death, we not only lost one of the world's great character actors, but we also said goodbye to some crazed, hard-working part of ourselves. At the same time, as we remember Sid's life, we can take solace in how a guy like him can entertain millions and leave such an incredible legacy behind -- especially when that legacy involves a fried-chicken-eating skull-crushing harlequin from Hell, Texas. Today, look in the mirror, and wave to the clown.