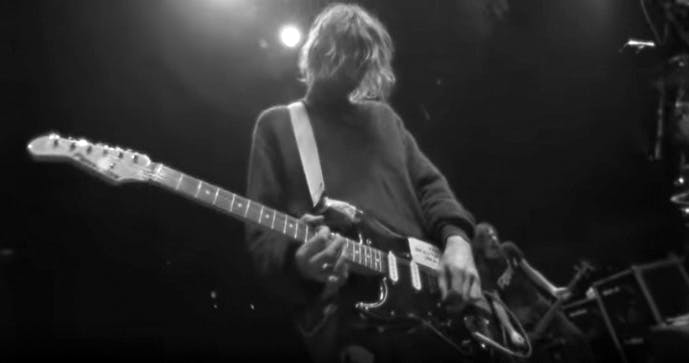 Danny, who attended book signing at Los Angeles' Book Soup to promote his recently release memoir, Serving The Servant: Remembering Kurt Cobain, took questions from the floor and addressed the conspiracy theories that have surrounded the death of the Nirvana frontman since 1994.

One fan brought up filmmaker Nick Broomfield's controversial 1998 documentary Kurt & Courtney, and asked his thoughts on the private investigator Tom Grant's claims that the Kurt's death was the result of foul play.

“I met Tom Grant once, once was enough," says Danny. "He gave me why he thought this was very suspicious, and I said to him, ‘Don’t you think the Seattle police department would investigate this? It’s kind of front-page news, and they’re under a lot of scrutiny.”

“I don’t think they would even let her into a police station, especially in those days,” he added. “I just feel like that was enough for me, and combined with having seen him the week before, knowing the condition he was in, and I know Krist Novoselic shares this view. It’s just my unalterable opinion.

“People are in pain. It's so awful when someone kills themselves. There is no answer to why some people kill themselves and others don’t. But I understand that people, who are at a distance and in pain, look for explanations and are vulnerable to bullshit artists. There's a few hundred of them out there, and they tweet.”

You can listen to the whole exchange below.

Nirvana's 10 Best Videos Ranked In Order Of Greatness
Kurt On Kurt: The Nirvana Icon, In His Own Words
Kurt Cobain's 20 Best Moments