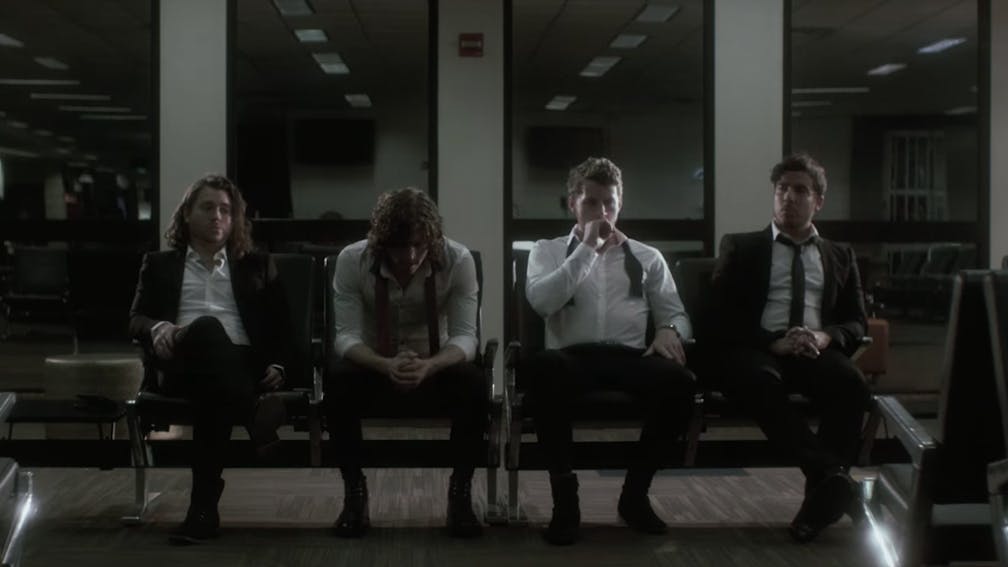 Nothing More have premiered a moving video for their latest single, Just Say When.

The clip – which was directed by Daniel Cummings, and shot at El Paso International Airport – accompanies Nothing More's third single from last year's The Stories We Tell Ourselves.

“The day my mom died I met a girl… this girl became my girlfriend and years later my wife," explains frontman Jonny Hawkins of Just Say When. " With fear of the past and hope for the future, we set sail with holes in our boat. As the inevitable pressures of life came pouring in, we sensed ourselves starting to sink. Two half-souls shovelling buckets of water, desperate to hold on to an imagined future, but not fast enough. Then one day she became my ex-wife. I felt in my gut that it was right, but every other part felt wrong. Whether people will admit it or not, I think our deepest fear is the loss of love. I found something to be more afraid of… settling… Lukewarm… Just Say When…"

Catch Nothing More live at the following UK dates this year:

Pick up your tickets right here.

Nothing More Have Announced Some Headline Shows

One of the best live shows in rock is coming back to the UK!

WIN! A Pair Of Tickets To See Nothing More, Plus Watch Them Sound Check

Want to watch Nothing More sound check before you and a friend can watch them at any of their UK dates, sure you do….

Watch The New Nothing More Video, Here’s To Heartache