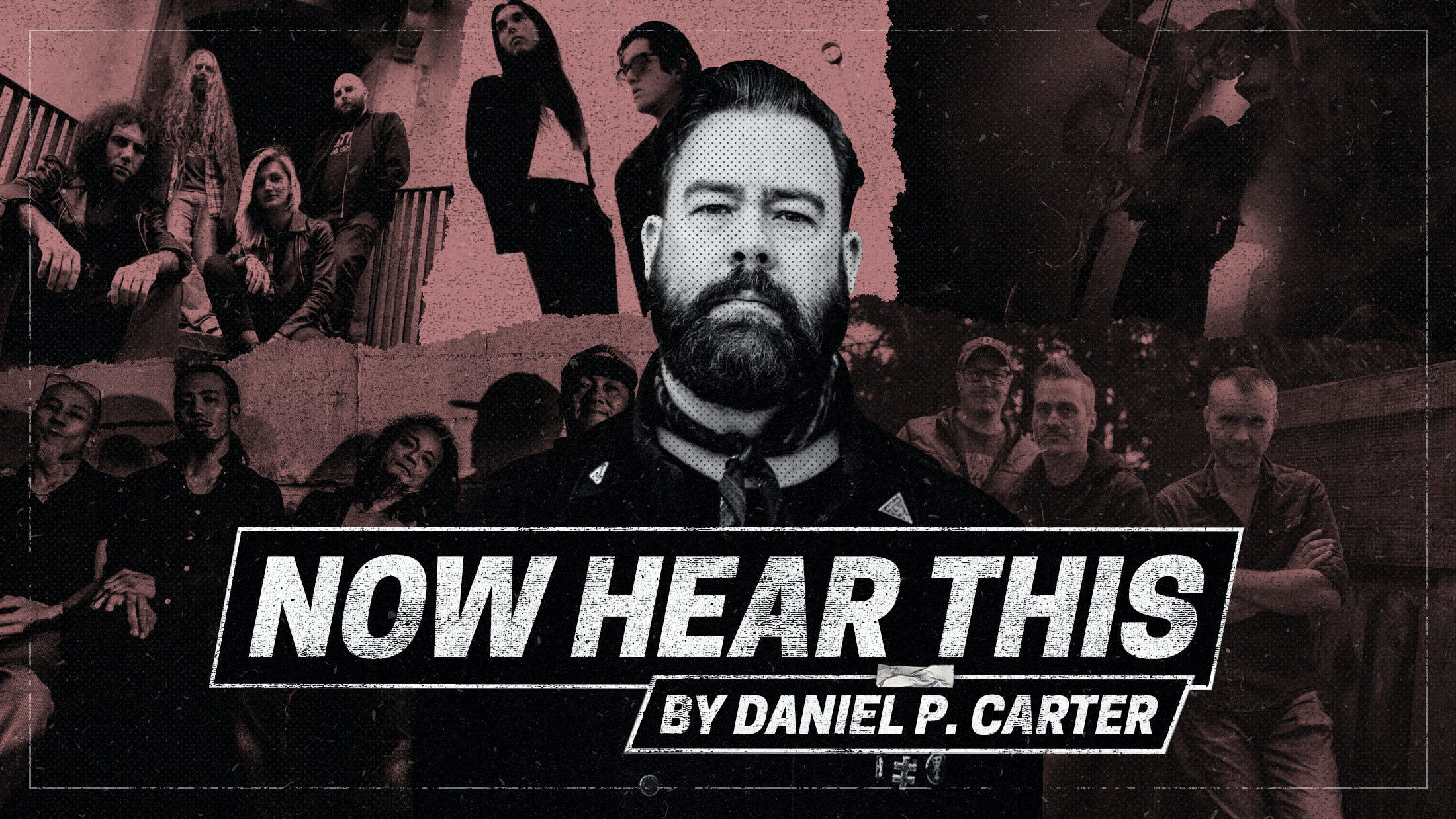 Oioi. It's been a minute. There's been loads of good new music coming out so far this year, loads of really heavy stuff, not so heavy stuff, weird stuff. I don't want to take up your time listening to me, so let's dive right in…

Oh hey. You like psych/doom right? Electric Wizard and Green Lung, that kinda thing? Like drinking a cup of mushroom tea and watching The Wicker Man? The proper one, not the "Nooooo! Not the bees!" Nick Cage version, I mean. Yeah, sure you do! Have a listen to D.I.E. (Dragged Into Emptiness) by Dead Witches, which features ex-members of Electric Wizard. Part of the forthcoming Doomsessions 666 from Heavy Psych Sounds, it’s a split with the French band Witchthroat Serpent, which is one of the doomiest metal band names in quite some time. Enjoy!

James And The Cold Gun

James And The Cold Gun are a Welsh power duo named after a solid Kate Bush jam, who sound like they were raised on Queens Of The Stone Age and a bunch of other good shit. Both named James, one was in Holding Absence until pretty recently – not a bad start at all. The EP is coming out on Venn Records, which has a fantastic track record for UK goodness.

Assertion is the new project from William Goldsmith, drummer from Sunny Day Real Estate, The Fire Theft and Foo Fighters. Debut album Intermission has just been released on Spartan Records and features the kind of emo-tinged post-hardcore that will feel like a welcome hug to fans of emo that came from D.C.’s Revolution Summer era. The first track out of the gate called Supervised Suffering was a track of the week on my show, and it feels kinda like if Sunny Day Real Estate collaborated with Bon Iver. Maybe. It's really great, peak '90s vibes. I’m looking forward to the whole album.

Swarrrm from Kobe, Japan have been making music for over 20 years and have a new album coming called I Had A Dream, and it is a raging, frenetic, wild grind experience. Blastbeats crashing against artcore riffing with frenzied vocals, which made me think of a bunch of old radness from the mid-'90s San Diego scene, where post-hardcore and punk was fused with noisy jazz passages mixed with more fringe things like what Mike Patton gets up to. Lyrics and most information on the band are in Japanese, but Google Translate is your friend.

St. Petersburg’s Cross Bringer deliver the kind of glacial post-everything blackened majesty that you’d expect from people like Wiegedood, Oathbreaker and maybe Deafheaven. New album The Signs Of Spiritual Delusion opens with the slow creep of Prayer, which sounds like someone dragging an angry beehive encased in concrete towards you, before arriving to triumphantly scream and shriek in your face. Haha, writing about music is funny… For real, though, it's great scorching black metal that blasts and rages with icy nihilism before opening out into a kind of Horseback-esque fog of soundscape. The album is due out in September on Tomb Tree Tapes.