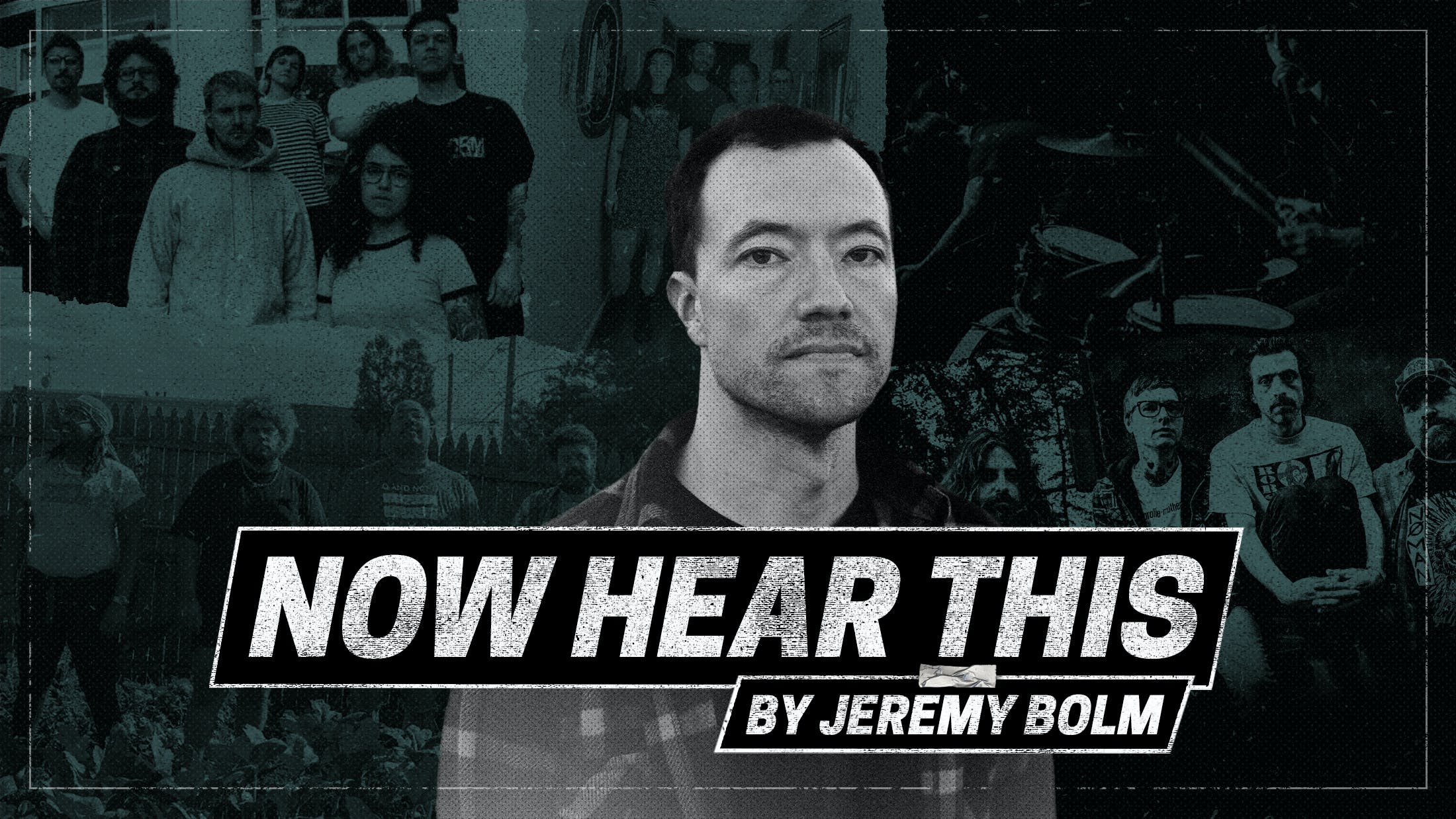 Lockdown has been a great opportunity to explore music, but I must admit I always tend to go back and find things that I might have missed. I tweeted the other week that everyone needs to stand back because I’m about to have my Rolling Stones phase! I never gave a shit about them when I was a kid, but I watched [legendary 1970 rock-doc] Gimme Shelter a month ago, and realised I love all these songs. Now I own two Rolling Stones records: Aftermath and Sticky Fingers. It’s probably the most 'pushing 40' musical thing I could’ve done!

There’s a great new wave of screamo, or screamo-adjacent bands working hard, coming up and beginning to make a name for themselves too. Even some of the ones that are only really popular in their own Bandcamp circles are really, really good. Beyond the five I go into depth on below, you should check out Portrayal Of Guilt, Infant Island, for your health, Respire, NØ MAN, Record Setter and Slow Fire Pistol.

So many of them are pulling from the same places that Touché did when we were starting out. It’s exciting to see this new worldwide generation of bands coming up, who all know each other, support each other, and whose circle feels so small.

I don’t actually know many bands from Nashville, though there were a lot of Tennessee bands in the Solid State/Tooth & Nail wave of Christian metalcore. The city is always a highlight of playing in the South. It’s such a music-fuelled city because of the country music background, but whether you’re playing country music or death metal, they take care of you.

I actually just interviewed thirdface’s singer Kathryn Edwards on my podcast The First Ever Podcast recently. She’s like a beacon of DIY culture in Nashville. She runs a venue. She books shows. She has a screen-printing press. She does everything. It’s so cool to have the singer of a band be so involved in the entire movement and culture of her city. I’m excited to see what theses guys do, because they have a lot of promise.

I have a few friends in my life who will just call each other up to talk shop. Mike Bingham from Spiritual Cramp – another band I could’ve mentioned on here – is one of them. Pat Kindlon from Self Defense Family is another. And Regional Justice Center drummer and vocalist Ian Shelton is in there, too. We’ll just call each other up to bullshit while I’m walking my dog.

Ian has such a drive and output that it really excites me. If he’s not putting something out with Regional Justice Center, he’s starting a new band. He put out a cassette tape with Sex With A Terrorist, his band with Pat, which was also great. And he also sings in Militarie Gun, which I’m excited for, too.

Regional Justice Centre just put out their new record Crime And Punishment. It was recorded by [Nails drummer/Twitching Tongues guitarist] Taylor Young, so it’s got this clear, meaty metal tone to it even though it’s actually a powerviolence album. They’re one of those consistent bands whose records get better with each release, so I’m looking forward to see where this one takes them.

It’s difficult to describe Soul Glo’s sound for someone who’s never heard them before. It’s often hyper-aggressive with rapid-fire vocals, but then you might drop into the next track to find a really grimy rap song. You toe a dangerous line when you combine aggressive guitar music with rap. It can get very close to sounding 'nu', so it’s cool to see someone pull off that sound without having it sound like rap-metal. Soul Glo definitely have more of an exciting energy like Beastie Boys.

I worked with them on November’s Songs To Yeet At The Sun EP, which came out on my Secret Voice label, but they’ve just released another EP. The first track on there is called FL STYLE PERMS, which is just a straight rap song. The second is called ROLLING LOUD, HEAR MY CRY which is a very pissed hardcore track, and just got me psyched. The third on there is called SCREAMO DEL BARRIO, and it features the singer Juanchizeta, so it’s got this really cool Latin flair to it. Across the three tracks of the EP, it showcases their range and their awesome sense of humour.

Maybe I’ll get myself in trouble for saying this, but hardcore hasn’t really thrilled me in a long time. This is one of the outfits who are thrilling me. They’re making hardcore interesting again.

This is a three-piece band from New York City who’ve just put out their second release, Within One Stem. They’re a very throwback screamo band. If you like a band like Saetia, they’ll be right up your alley. They’ve got those heartfelt, broken-up vocals, where you can really hear the emotion with every yell, and they’ve got a lot of good voice-cracking. It’s very aggressive, too – you’ll get blastbeats, you’ll get the whole spectrum of screamo – but it’s also very sincere.

I’ve not seen them live yet, but I’ve known their drummer/singer Ryan Slauson for a long time. We first met in New York when we ran into each other on a street corner and had a really cool conversation. They've stayed in my peripheral this whole time. It’s exciting when you meet someone on tour like that, at random, then they stay around and start a band – then that band is good. It’s happened to me a few times now. The band put out another record in 2018 called All This Will Be, too, but this new one is really, really great.

I actually hadn’t seen Ryan in a minute, but we were playing Philadelphia with La Dispute a few years back, and I had gone out to grab food between soundcheck and doors. When I went back in, Ryan was there in the backstage room with [La Dispute singer] Jordan Dreyer, and I realised that they had a relationship too. It was one of those small world moments.

I think with the right attention, Closer could really end up doing something special. So check out that record and keep an eye on them.

This is a band of Virginia screamo veterans. There are the Taylor brothers – Chris and Mike – from Pg. 99. There’s the drummer Ryan Parrish, who’s played in all these Richmond bands from Darkest Hour to City Of Caterpillar. Then there’s his colleague from the latter, bassist Adam Juresko.

Their new album on Relapse Records, Brute Err/ata, is just this short [10 minute, 42 second] burst of grindy, hard-to-describe sound that’s really basically a combination of all the different things the guys have done throughout their careers. I already own everything the Taylor boys have ever done on vinyl, and if you tell me they’re doing something new, I’m all in for it.

They’re older guys now, and I can’t imagine that they’re likely to jump in the van and go out on tour. I just think that this is a fun project for them to do. But that’s simply an assumption based on the Pg. 99 reunion where they decided to come back and play a few select shows. Regardless, I’m looking forward to getting to see them, if I can!

Touché Amoré's latest album Lament is out now via Epitaph.