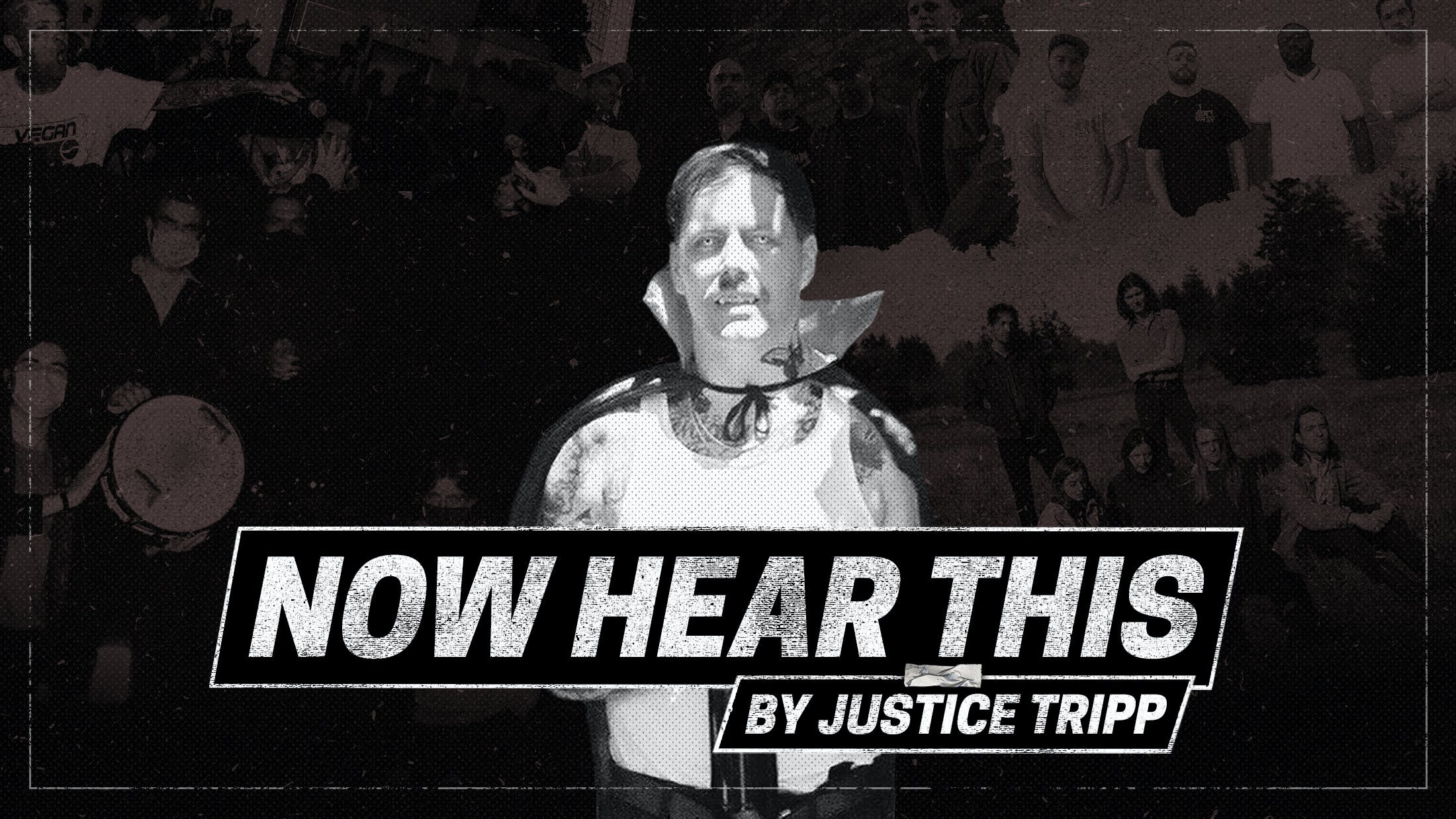 Angel Du$t throws out a lot more influences than my other band (Trapped Under Ice) but I still actively pursue new hardcore music. I have a lot of friends who make hardcore music and that’s still very exciting to me. With these I’ve tried to go for bands that really stand out in their field. With new bands especially, if I can’t tell them apart from other bands immediately, I’m not too interested. The scene is definitely very incestuous and a lot of us listen to the same handful of bands from fucking 1990-something, so you really need to stand out to grab my attention…

The first band I’ve picked, High Vis from London, definitely grab the attention. Obviously, no-one’s been playing much over the past couple of years but they put out a really great album [No Sense No Feeling] at the end of 2019, and they didn't really get to put it out there and do their thing. I know they have new music they've been working on, which I've been fortunate enough to get a little piece of, which is really cool. Some of them used to play in a hardcore band called Dirty Money, who used to tour with Trapped Under Ice. They're friends, but they're also a great band who are always been up for playing cool new stuff.

It's a similar situation for Dog Date to High Vis: they put out a record during the quarantine thing and they're only just getting to come out and play it a little bit. We actually did that record, which is called Child's Play through Pop Wig, the label that I run with some of my team. I've seen some videos, but I'm really looking forward to seeing it live. The really cool thing is they play with two drummers, which I didn't anticipate at all. They didn't do that on the record, so that's going to be interesting to see.

I never know how much people outside LA are aware of this band. I live in Los Angeles and in terms of hardcore and aggressive music, everyone knows Section H8. They played this show under a bridge that went viral and it looks like the apocalypse! People were shooting fireworks and the police ended up coming and shooting rubber bullets into the crowd and stuff. So they had that viral moment, but beyond that, they've put out an LP recently called Welcome To The Nightmare. It's really fantastic in terms of hardcore music. Like myself, I think they're fans of the full spectrum of hardcore and in context of modern music, where people are blending genre and making new things, they've really done that with this music. They're taking lots of different eras and ideas and sounds from the hardcore spectrum and condensing them into something that's really authentic.

This is a band featuring Matt Berry from Big Bite, who's also been playing with Angel Du$t. He did a record called Berryland, which was fantastic. It's hard to describe - I'd just say it's guitar rock music with the emphasis on the guitar part. Lots of guitar harmonies, a really laid-back production. I have a sense of Tom Petty in the production, but it's really got it's own sound going on.

I only just realised these guys share the same label with Section H8, Flatspot Records. They're another hardcore band and they're from Baltimore. They're people I've known and who have been a part of the scene for a long time. They're so special and aggressive, and I know they're working on new music right now. It goes back to what I said about making something that's yours and stands out from the crowd. They're definitely unique and their frontman Akil sounds like a psychopath, you're definitely not going to mistake him for anyone else!

Angel Du$t's album YAK: A Collection of Truck Songs is out now via Roadrunner