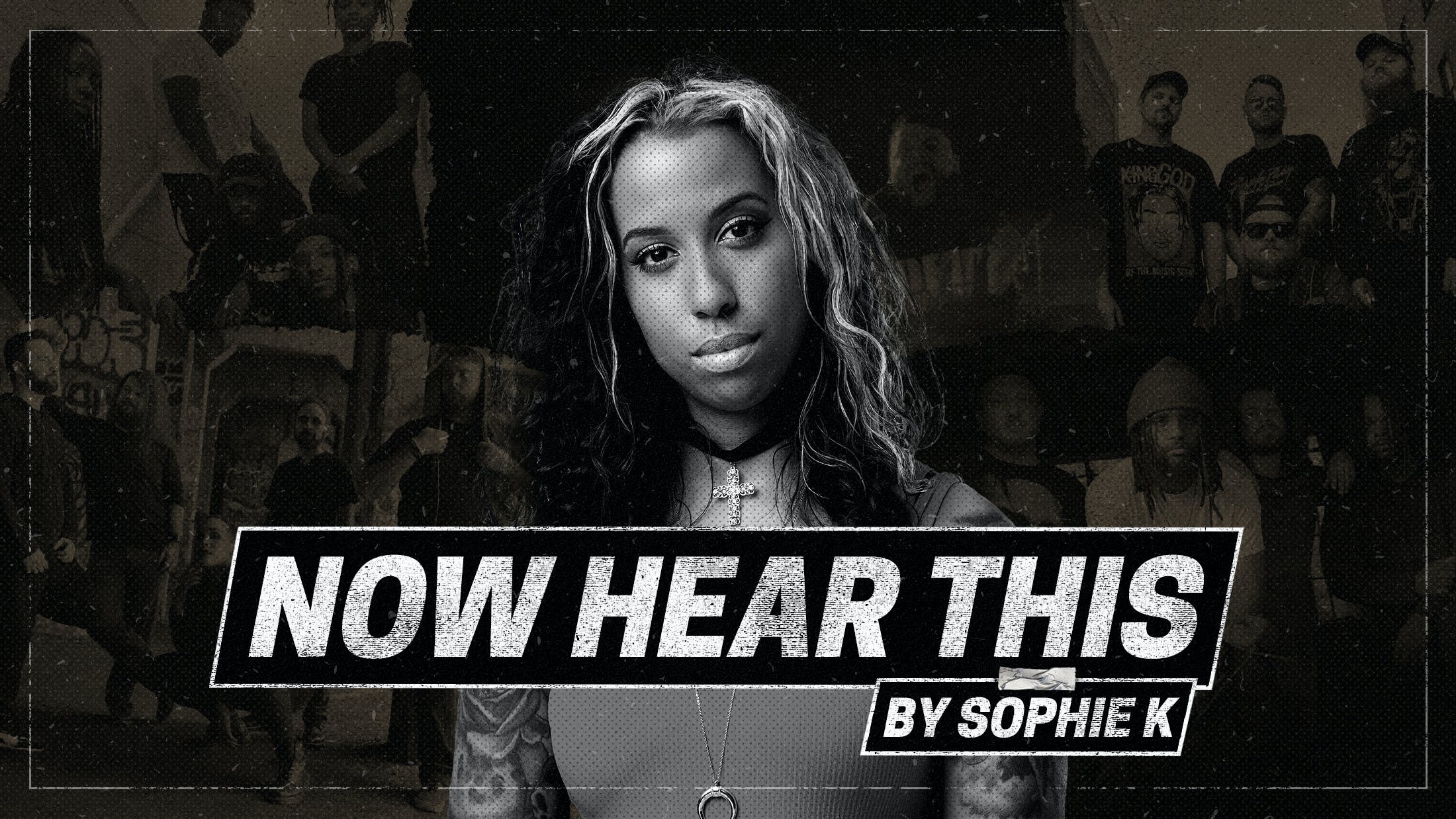 We all hate anyone who rags on Slipknot, right? Tell me we are all united in that! I've been well rattled since we last spoke because of the nonsense going on online. However, I did get to my first gig (Skindred) and it felt so good! Here's to gigs coming back and our scene thriving! With that in mind, here's some new bands I have been listening to…

I'm so glad that this type of rock is back. The track I fell in love with was Hollow, which I would describe as a perfect radio single – emotive, layered and perfectly structured. They remind me of I Prevail at times, as well as Bad Omens – definitely reminiscent of the metalcore scene in around 2015. I loved going through their other releases because it shows what a vocal powerhouse their singer Dylan is, switching between clean and metal vocals with ease. I expect this band to do great things – they are too talented to not.

I would love to see this band play at Download Festival, you would see all the nu-metal fans collectively come together to fall in love. Watching them play live sessions you can see they're building to something exciting if they stick on this path. It's such early days for these guys, I found myself wanting to call them and talk shop because I feel that if they worked with the right people they could write a killer record. Their latest single was giving me Deftones, and, at times, Coheed & Cambria, vibes and the reason I loved them is because even at this raw stage you can hear the potential. I'll be keeping an eye on this one, as who knows what the future holds.

Here's another band fresh in their career but with a level of maturity. It's straight-up hard rock that would fit well in any of your playlists. I don't want to compare the singer's voice to Howard Jones because I hate it when journalists do it as a lazy race comparison, however Meredith Bell's voice has that same booming power, like she is digging right down from her toes. I found this band through TikTok, so there isn't much out there about them, but that makes me excited. I love seeing a band at such early stages, and Palaceburn could do really well.

You cant flick through socials without seeing multiple accounts blowing up about this band. As soon as you listen it's easy to see why, they make my metal soul so happy. I would love to see them out on tour with someone like Thy Art Is Murder – I think the fans would embrace them in a heartbeat. Or, Tech Fest, if you are reading this, get involved! Their tracks have groove and the moments of clean vocals add a moment of calm which makes the growls even more brutal. I just want to see them live now which is a good feeling, I'm genuinely well excited to see them!

Excuse me, but this band are so good its just rude. It’s heavy AF and its just so boppy. I know, weird word to use, but anyone who hears heavy songs and sometimes starts dancing like they are in a pop club knows what I'm talking about. This week the band announced some line-up changes, I hope it means good things going forward for because they are really onto something special here.