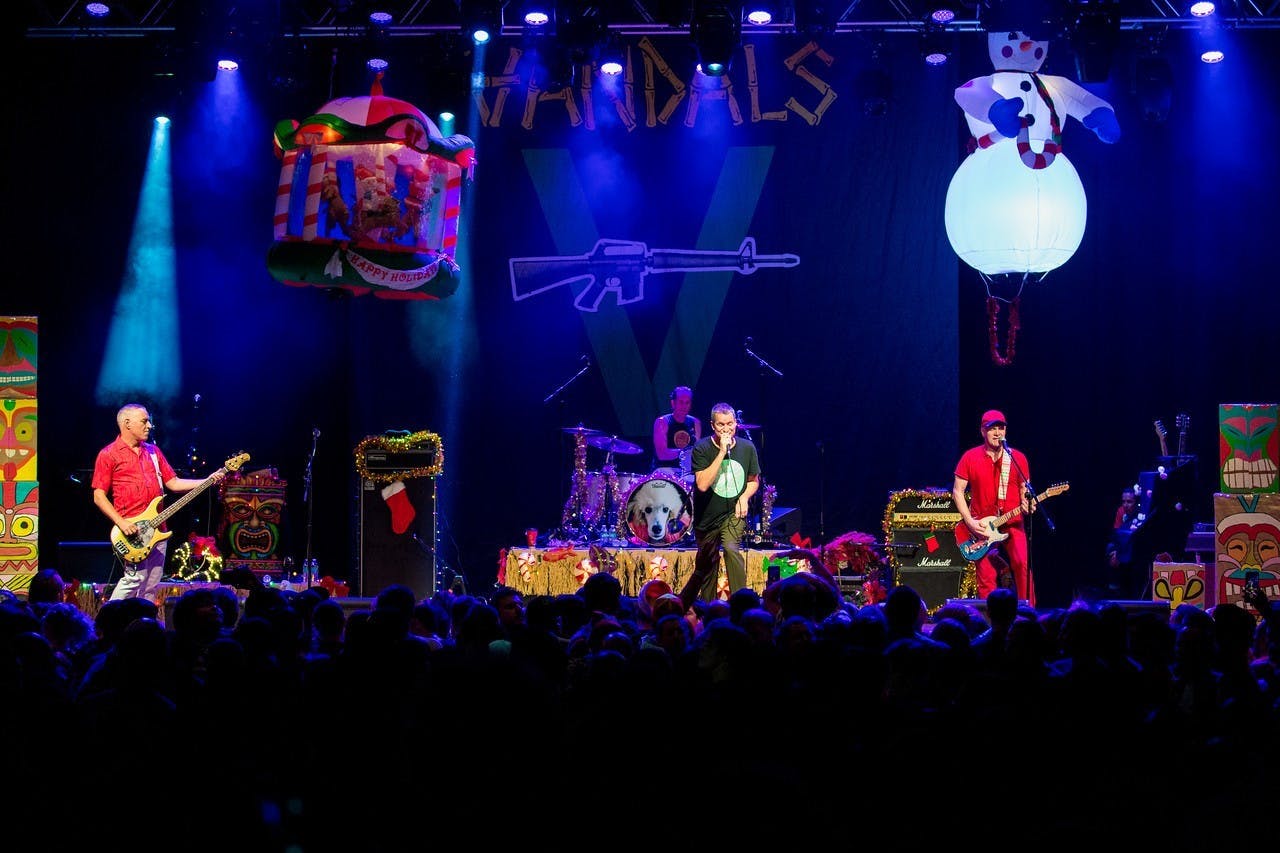 All manner of bands will descend upon Blackpool's Winter Gardens this weekend, for the start of Rebellion Festival. One of those names includes punk stalwarts, The Vandals, who've been going for nearly 40 years now.

We sat down with bassist Joe Escalante to talk non-music jobs, favourite drummers and if The Vandals will ever make another album...

Hey Joe. So, The Vandals are a funny band: how do you feel about satire in 2018?

You're all crazy-successful in your respective non-punk fields: do you think punk has anything to do with that?

"There’s a couple aspects to that... Of course, there’s the DIY effect of punk. It teaches humility and initiative. Those are good traits to learn to succeed in life. I would never have learned them. But it’s not compatible with 'getting rich' maybe. Selling BS [bull shit] to people is not punk. Without punk rock as my teacher, I’d probably be selling BS to someone.

"On the other hand, a lot of the opportunities I’ve had in TV, which is my day job, have come from being in The Vandals. It opens a lot of doors. I think my boss on Ancient Aliens [the TV show Joe writes for] took pity on me because he drank all our beers in our dressing room one night during the folly of his youth."

That's cool. So, when are you guys going to make a new record?

"People think they want a new record from 50-year-old punk rockers, but they really don’t. And we like to honour that truism."

We know drummer Josh Freese isn't always available, given his other drumming commitments, so who's been your favourite stand-in drummer and why?

"Drummers are like kids, you always have your favourites. My favourite is whoever is available. This tour, my favourite is Stevo from Sum 41. Josh planned on coming because his Sting tour was ending on August 1, but then it got extended, so thanks to Stevo, we are still coming [to play Rebellion]."

Didn't you guys quit playing Europe because everyone got mad at you for playing for the troops in Iraq?

"Yes. Everyone. That’s the key. Everyone. Every man, woman, and child got mad at us."

How were the troops? The videos of the show look cool!

"It was, and will probably always be, the greatest honour of our careers and worth missing all the stinky Euro-squats we haven’t been able to play since then.

"The troops are smarter and nicer than you think they’re going to be. They sacrifice so much, then people with no historical perspective criticise them. We probably don’t deserve the military we have... but we are not smart enough to know for sure."

And finally, are you excited to play Rebellion?

"Yes. It looks like the place to be. The last time I talked to Johnny Rotten, it was on the phone and he hung up on me, on the air, when I was the morning host on Indie 103.1 FM in Los Angeles, which was a punk milestone for me. It was a real victory. My program director was furious. I had to explain to her that this was the only way a proper conversation with Johnny Rotten can end. But what I’m really looking forward to is Lagwagon playing right after us. I never get tired of that band. We probably don’t deserve them either."

“A couple of pints by the shore in a Stephen King-esque British ocean town swarming with generations of punks filing in and out all weekend to a soundtrack of living legends? Sign me the fuck up!”