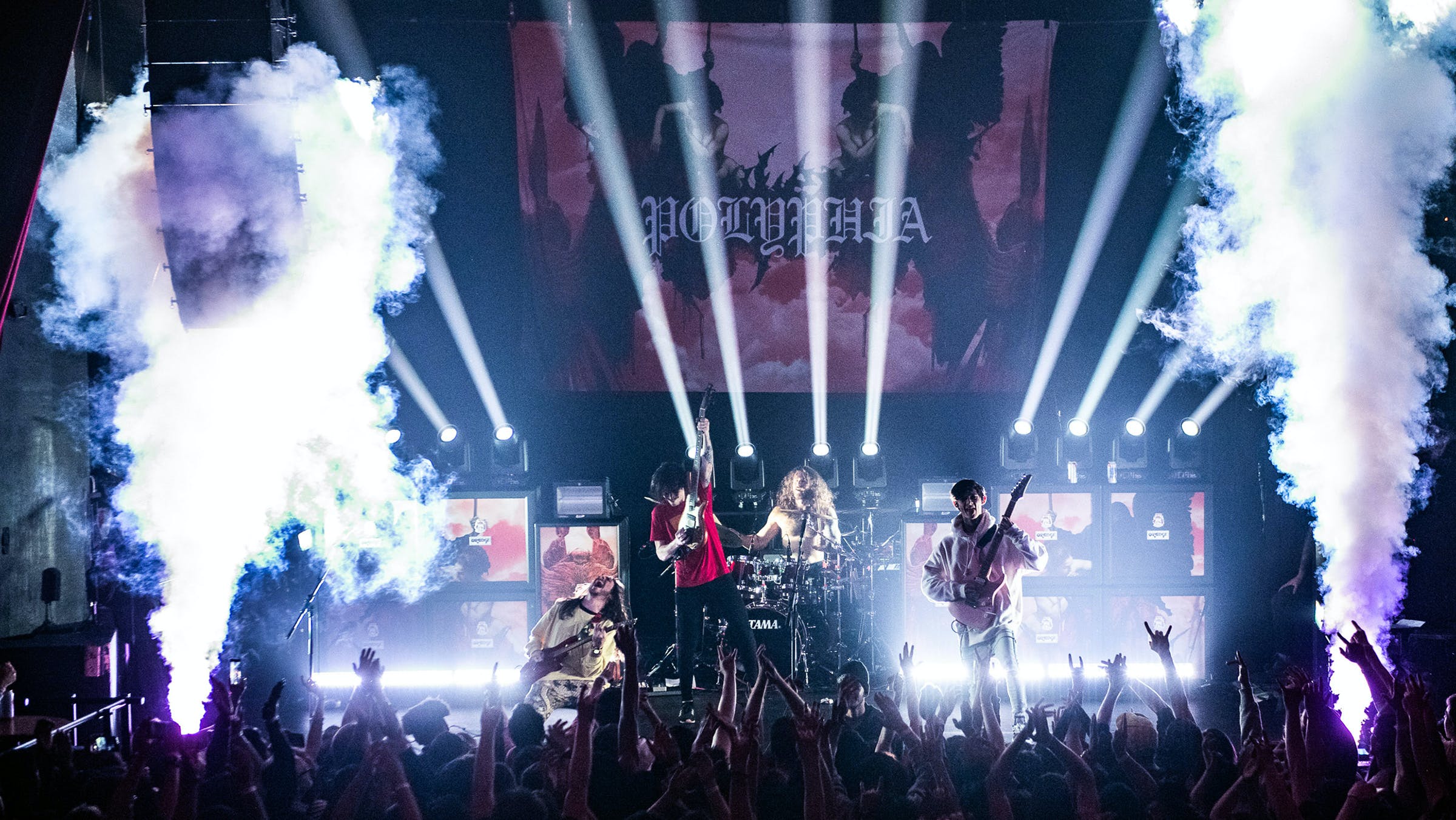 The crowd gathered for Polyphia's show at New York City’s Gramercy Theater is incredibly diverse for your average rock audience. There isn’t a single race, gender, or style of listener represented more than others; instead, a medley of fans from all across the city pile into the venue typically reserved for more traditional metal and punk shows.

The one uniting factor here is excitement: everyone is bubbling to catch tonight’s strange, dreamy line-up. After all, if their Underground Sounds Of America profile is be believed, Polyphia are the greatest living band of all time...so this ought to be good.

Opening the bill are past K! favorites Tides of Man, who blend the emo leanings of a band like The World Is A Beautiful Place... with the progressive, harder edges of Hail The Sun. The band are the perfect fit for an opening slot, performing fun, technical prog while ushering in a busy evening of finger-tapping and breakdowns.

Up next are I The Mighty, whose dreamy yet powerful post-rock possesses considerable crossover appeal. The band’s mixture of jangling guitars, restless rhythms, and big singalong choruses don’t fall into one specific genre, but judging by the number of fans who know every lyric of the songs in their set, the band already has an incredibly devoted fanbase. As vocalist Brent Walsh launches into songs like Pet Names and Silver Tongues from their latest effort, Where the Mind Wants to Go / Where You Let it Go, the audience responds with intensity, crowd-surfing and screaming along with reckless abandon.

Let’s get the obvious out of the way: Polyphia are fantastic at their jobs -- and nowhere is that made clearer than during their frenetic live show. Though their intro track refers to them as a “metal band," their virtuosic music -- played with a jaw-dropping level of skill and precision -- is a flurry of djent, prog, and hip-hop influences that has the audience rapt from the get-go. Their lighting rig also appears to be programmed along to their performance, making for an awesome spectacle -- though it is admittedly unforgiving to any improvisation or snafu.

Stage banter is rarely any instrumental band's strong suit, but bassist Clay Gober does his best to rile up the crowd, inviting fans to crowd surf. Regardless, the audience ain't here for the gab -- they're here to get enveloped by a tsunami of guitar flurries, bass grooves, and breakneck beats.

And that, they do.

The night ends with guitarist Scott LePage doing a little crowd-surfing of his own, launching into the crowd after the encore (i.e. with no supporting soundtrack). Like Polyphia's music, the bizarre move is as bewildering as it is delightful -- and the crowd gobbles it up with gusto.

Exclusive: Tides Of Man Stream New Album, Every Nothing

The Florida-based post-rock band previews its second instrumental album with Kerrang! days before its official release.