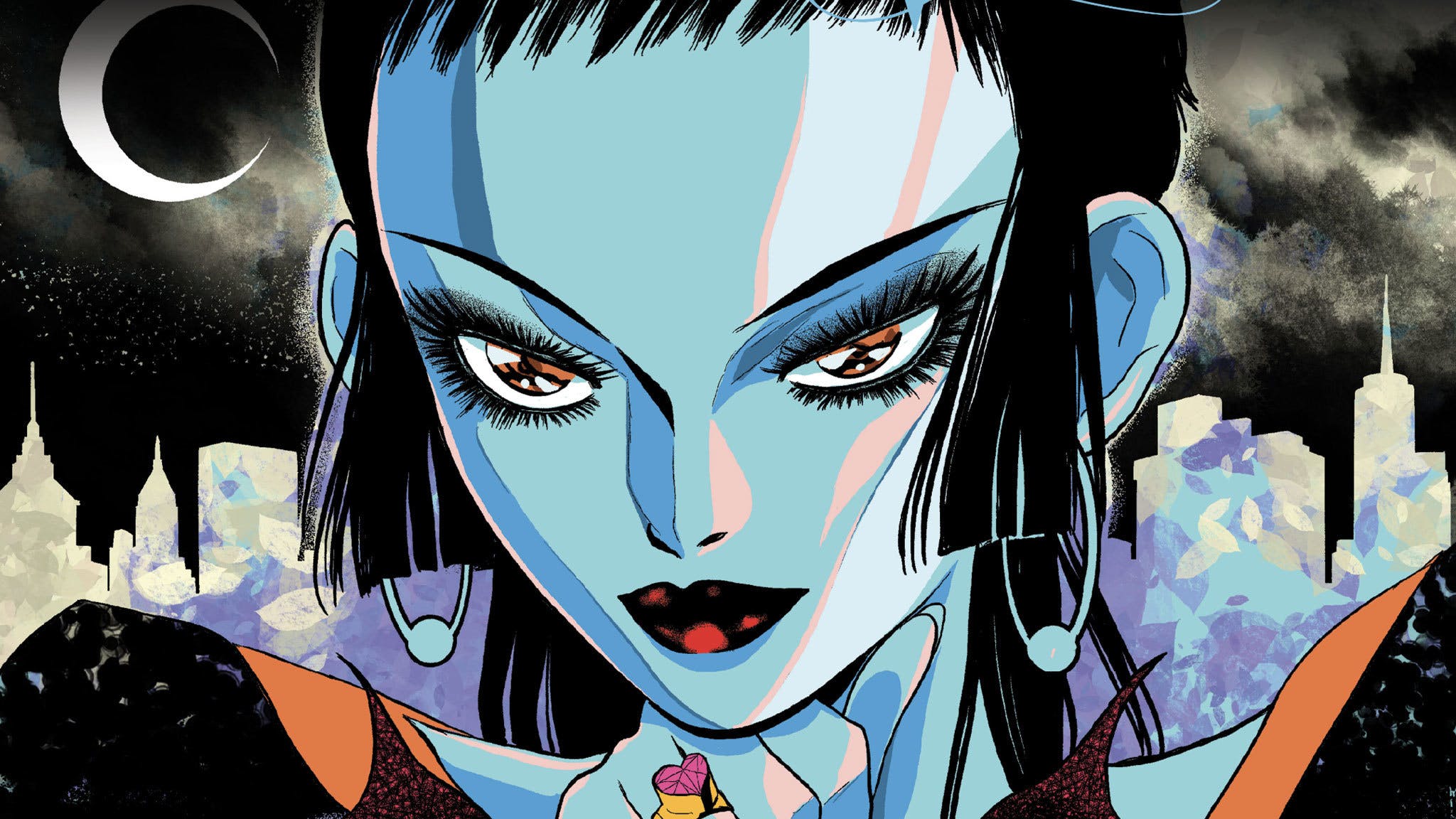 Poppy and Z2 Comics have teamed up for their third collaboration: Tit Tat.

Due out next spring, Poppy’s upcoming graphic novel features an original story and characters created by the artist herself, co-written with Ryan Cady and featuring art by Norzine Lama.

“Having been the main character in the first two volumes, I adored the chance to create my own horror opus with Ryan and Norzine,” says Poppy. “Tit Tat merges superpowers, suspense, and weird fiction into a bombshell graphic novel.”

Indeed, the storyline for Tit Tat ‘revolves around Lydia, a teenager with mysterious psionic powers’, according to a press release. It continues: ‘Her only tether to reality is her best friend – amateur rockstar Marigold Sykes, who's barely better at navigating bullies and boy trouble. But when local girls start disappearing, can Lydia and her freak talents offer new hope? Or will her growing rage burn all bridges, leaving tears and regret?’

Says Ryan Cady: “Every time we put together one of these graphic novels, Poppy has some wild new ideas – and I love them. We really wanted to get bloody this time and escalate the horror factor. We’ve been taking inspiration from Junji Ito, Stephen King, and director Ana Lily Amirpour, diving into the brutality of being a teenage girl. It’s not just about blood – though we certainly have that – but the nightmares that come from anger and being othered, the ways that you can twist that violence back on the world.”

Check out the original and deluxe covers below:

Read this: Poppy: “People are always trying to get ahead as opposed to living, it takes a lot of work to fight to be in the present”