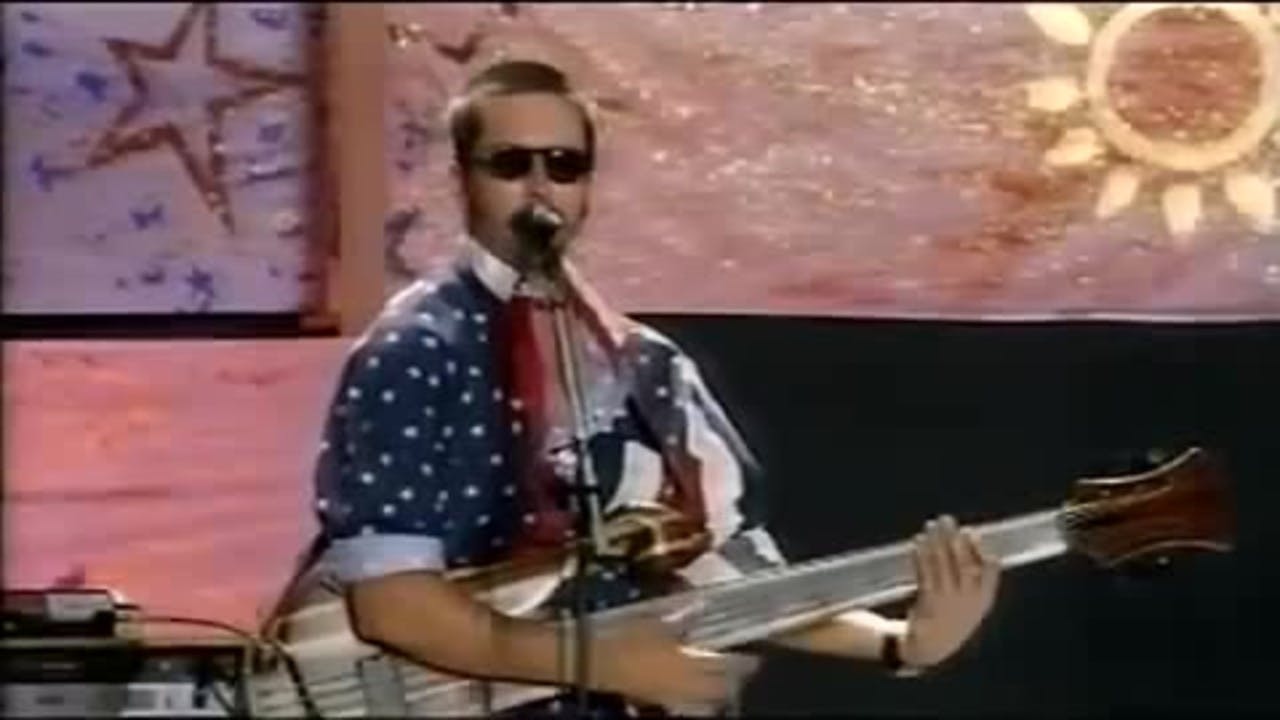 It all began with a sweaty man in a crumpled suit, a serving of cheesy nachos and a collision with a skateboarder on a sunny Californian street.

In 1991 it seemed that all of my friends into metal had witnessed the Jerry Was A Race Car Driver video on Raw Power, the weekly rock music video show on ITV which aired in the dead of night.

It was all we could talk about. Primus were unlike anyone we’d heard before. As a 15-year-old, I existed on a diet of Iron Maiden, Metallica, Living Colour and some early Rush and Police albums I’d, um, borrowed from my cousins who’d long since moved out of their parents’ home.

During the video, their lanky bassist Les Claypool bounced around the stage in saggy thermal underwear and tapped and strummed his bass like a hillbilly Flamenco player, while to his right, Larry LaLonde coaxed weird sounds from his guitar. Then came that crunching riff and the crowd swirled around like maniacs. I was a fan instantly.

Primus - Jerry Was A Racecar Driver

Emerging from the San Francisco scene which spawned the likes of Faith No More, Primus were influenced by pretty much everything and informed their hydra-headed sound and surreal lyrics.

“I wasn't really following metal," Claypool told Rolling Stone. "For me, at the time, metal was like the old Judas Priest and Scorpions records we used to listen to in high school. And Sabbath. I wasn't into metal, I was into a whole other space, like, experimental music.”

It was down to LaLonde to bring a metallic crunch to their sound. A gifted player, whose musical vocabulary is rich in freeform experimental noodling, was, like Hammett, a student of Joe Satriani. He joined Bay Area death metallers Possessed in the mid-80s and appeared on their legendary 1985 debut Seven Churches when he was just 17 years old.

Then there’s drummer Tim Alexander, whose style and power keeps a sense of order during the band’s more challenging moments.

Claypool, whose sneering, nasal vocal delivery is something of an acquired taste, is hero to bassists around the world. Inspired by Rush’s Geddy Lee, jazz master Stanley Clarke and King Crimson’s Tony Levin, his style is a curious cauldron of tapping, slapping, strumming and a judicious use of a tremolo.

A high school friend of Metallica’s Kirk Hammett, he even auditioned for the band following Cliff Burton’s death in 1986. He played along to Master Of Puppets and came unstuck when the band looked to him to begin the fuzzed-up intro to For Whom The Bell Tolls.

“I didn't know that the intro was the bass, so they're waiting for me to start it, and I'm just looking at them,” he continues. "I didn't realise Metallica was as big as they were. I just thought it was my buddy Kirk's band - we went to high school together,” Claypool continued. “So when I went in and there was this kind of 'air of royalty' to these guys from their caretakers, it was a little strange. It wasn't off-putting; it just made me realise, 'Maybe this is a bigger thing than I thought'. But it was loud. I remember being told by Kirk to turn down.”

As a nod to one hell of a missed opportunity, the band later covered The Thing That Should Not Be – from 1986’s Master Of Puppets – on their 1998 EP Rhinoplasty, which also featured covered of tracks by The Police, XTC and Stanley Clarke. Fun side note: James Hetfield played guitar on Electic Electric on their 1999 album Antipop.

Primus - The Thing That Should Not Be (Metallica Cover)

With their musical pedigree, other bands of the same ilk could be regarded as humourless musos, but part of Primus’ appeal lies in their sense of mischief.

If you’re not entirely familiar with Primus, you’ve definitely heard them if you’re a fan of South Park.

“We got a call years ago that these guys were working on this little animated pilot for Comedy Central,” Claypool told the Hollywood Reporter. “They were a couple of college kids who were fans of the band, and I guess they approached me to do the theme song. We had watched their Christmas thing that was going around, and we realised these guys were pretty clever, but there was no way in hell that they were going to be able to get something like that on television.”

It makes sense that South Park creators Matt Stone and Trey Parker are fans of the band. Like the cartoon, Primus’ videos are equally often surreal and darkly hilarious. In 1991’s cartoonish Tommy The Cat – which the band performed in the Battle of the Bands section in the film Bill & Ted’s Bogus Journey – features Claypool dressed as an old time bartender with a penchant for milk. 1995’s Wynona’s Big Brown Beaver, taken from 1995’s Tales From The Punchbowl, sees the band heavily made up in prosthetic makeup to look like rigid, plastic cowboys. For 2011’s Tragedy’s A’ Comin’ features Claypool dressed as a massive lobster while an astronaut rides around on a massive horse.

But things took a turn for the truly weird when the trio – which saw the return of former drummer Herb – decided to re-record the soundtrack of the 1971 creepy kid’s classic Willy Wonka & The Chocolate Factory. The resulting album, Primus & the Chocolate Factory with the Fungi Ensemble, spawned an elaborate tour production with Primus-themed chocolate bars as merch, named after various songs: Pork Soda Bars, Professor Nutbutter Bars, Bastard Bars and Mr. Krinkle Bars.

“The fucking recording industry rolled over and let this Internet shit all over us, so we had to come up with another income stream, so we're making chocolate bars,” says Claypool of their sweet idea, “because you can’t digitise a chocolate bar — yet.”

The band – who are currently on a joint-headline tour with Mastodon – released their latest album, The Desaturating Seven last year. It was, believe it or not, inspired by a children’s book The Rainbow Goblins by UI de Rico. One Amazon review says the Italian author’s book is “zany” which seems the most apt description of rock’s most forward-thinking bands and their weird, weird world.

Have a listen to our Primus playlist right here: