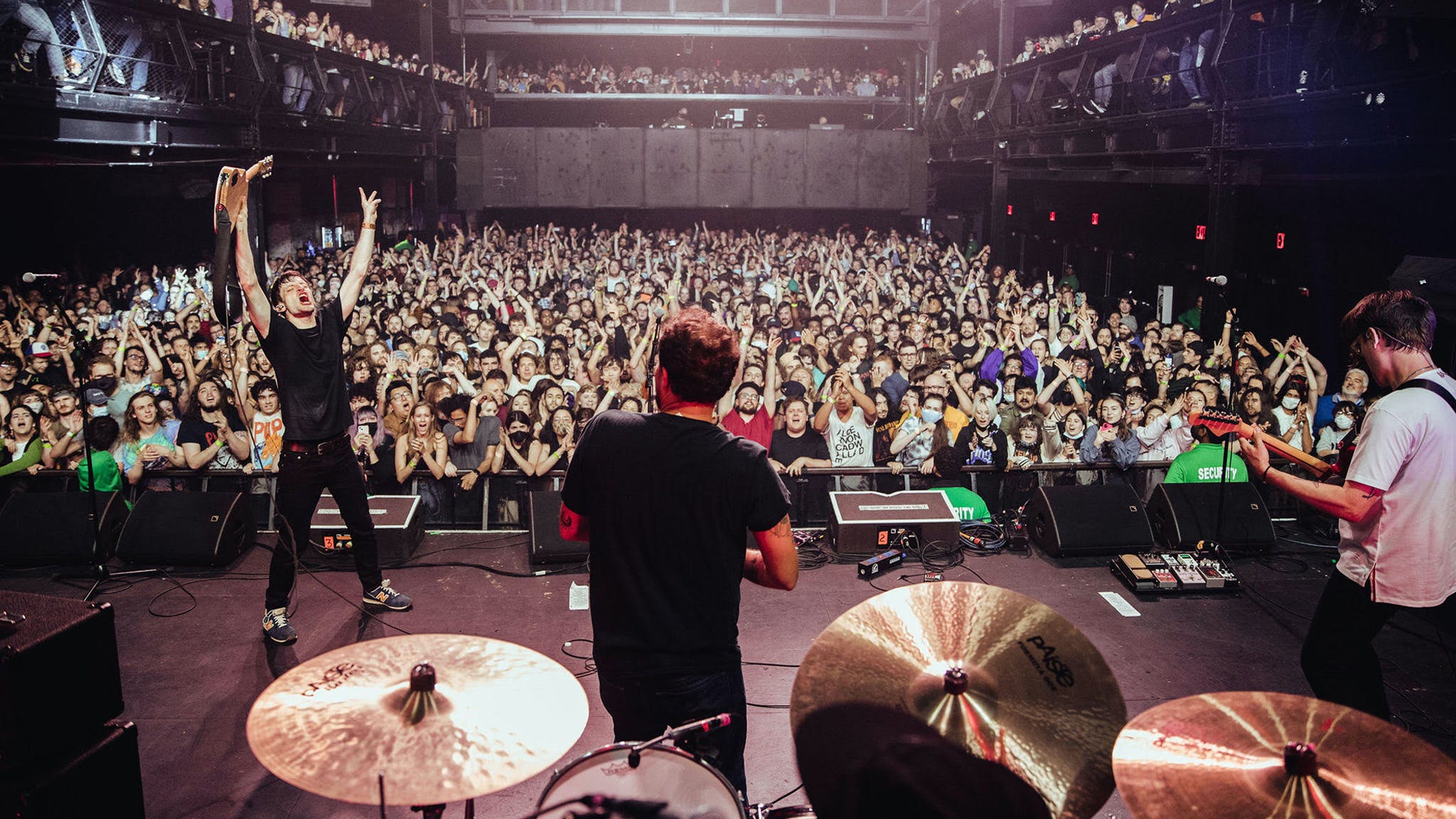 PUP are celebrating the start of their UK headline tour this week with a brand-new live video for PUPTHEBAND Inc Is Filing For Bankruptcy.

Filmed in Toronto and with plenty of fan footage, the video accompanies the final song from the band’s latest album THE UNRAVELING OF PUPTHEBAND, which was released earlier this year and was awarded 4/5 in our review.

Says frontman Stefan Babcock of the gig it was filmed at: “Hometown shows always kinda trip me out. On one hand, they are the most fun shows to play. Toronto has always rallied behind us and we are so lucky to feel that love. But they are also stressful because you don't want to screw up in front of everyone you know. All of our families, friends, frenemies, the guy who used to sell me weed at the Wendy's Drivethru, kids I went to elementary school with, my parents' neighbours. It's a lot.

“I think that sort of anxious chaotic energy is captured on these recordings. PUP live is PUP at our best and also at our worst. Raw, scrappy, and holding on for dear life.”

Watch PUPTHEBAND Inc Is Filing For Bankruptcy below: