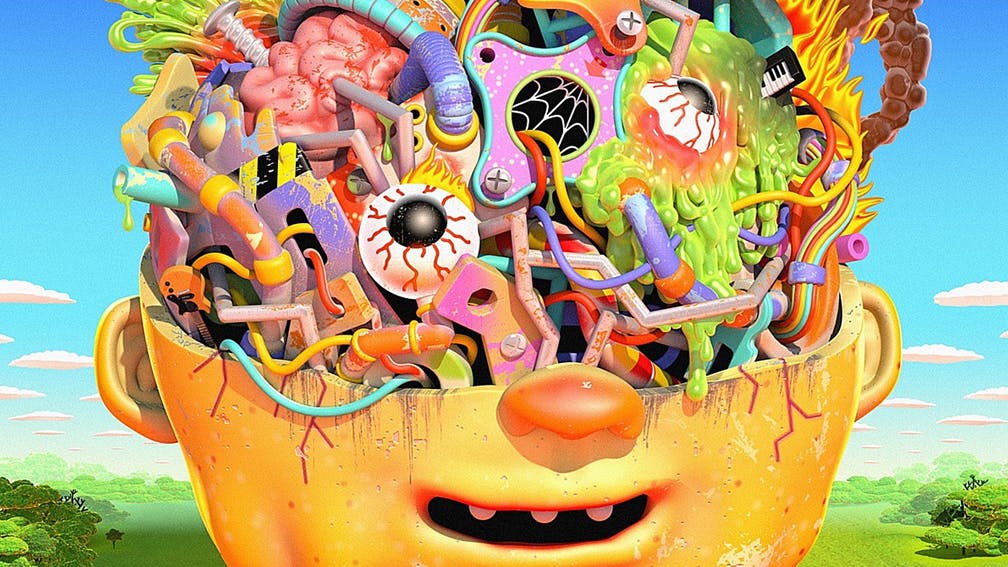 Few bands do self-deprecation, self-loathing and self-doubt like poppy Toronto noise-punks PUP. Whether that’s in reference to their own personal emotions and mental health, the trials and tribulations of band life or the deep anguish of existence (not to mention the ever-present threat of its end), the quartet have made an art (and career) of turning their breakdowns into achingly catchy but complex blasts of poppy punk that are as rife with humour as they are despair.

But therein lies the rub. The Unraveling Of PUPTHEBAND has all of that in spades, but, now four albums in, PUP are also all too acutely aware that they’re perceived as a band whose music possesses self-deprecation, self-loathing and self-doubt in spades. They’ve made being fuck-ups their crutch, something they’ve found difficult to reconcile as they’ve become more popular and successful. Which means that self-awareness has now been added to their list of maladies.

And so, across 10 songs and two almost/not-quite songs – brief reprises of opener Four Chords – The Unravelling Of PUPTHEBAND tongue-in-cheekily reframes PUP as a corporate entity. The band – vocalist/guitarist Stefan Babcock, guitarist Steve Sladkowski, bassist Nestor Chumak and drummer Zack Mykula – have morphed into a board of directors making decisions* (*writing songs) about their company’s** (**the band’s) impending doom*** (***the weight of self-awareness about what they do). It’s an elevated pitch riddled with perfect middle-management jargon – but, unlike all middle-management, it actually rocks.

Of course it does. After that opener sets the tone with its intentionally sloppy orchestral dramatics, the frenzied Totally Fine bursts out of the gate with the kind of paranoid urgency that’s defined the band’s 12 years of their existence. Matilda and Relentless both capture their knack for musical and lyrical playfulness to illustrate serious issues. ‘Fuck all the dread / It’s endless / You can’t kill it like you wanted,’ Stefan sings on the latter – a song, among other things, that’s about struggling to write songs because you’re too aware of what people want you to write. ‘I can fake it better,’ sings Stefan, ‘than the best now.’

That, of course, is bullshit. Because even though the band’s fear of being disingenuous and insincere lies at the heart of this record, there’s no faking anything. Perhaps Robot Writes A Love Song is a little too cutesy, too clever, too PUP-esque, but damn if its infectious melody isn’t still wracked with frayed emotion from a bleeding heart. Waiting is a rumbling punk’n’roll anthem that unites romantic thoughts and therapy in a fiery burst of feeling and uncertainty, while Cutting Off The Corners is PUP’s version of a ballad, all plaintive, regret-laced resignation. That then gives way to the jittery punk stomp of Grim Reaping, which turns the commodification of feeling on its head.

‘It’s honestly starting to seem like an art / How we keep tearing ourselves apart,’ Stefan cries, but whereas earlier that would have seemed a backhanded compliment, by this stage of the record it’s clear that PUP have overthrown all the insecurities that resulted in its making. As is final track, PUPTHEBAND Inc. Is Filing For Bankruptcy, a fake swansong that reasserts PUP’s creativity, originality and passionate intensity while decrying the band for lacking all three. It’s perhaps something only they could pull off, but pulled it off PUP absolutely have, and with raw, emotional vulnerability to boot.