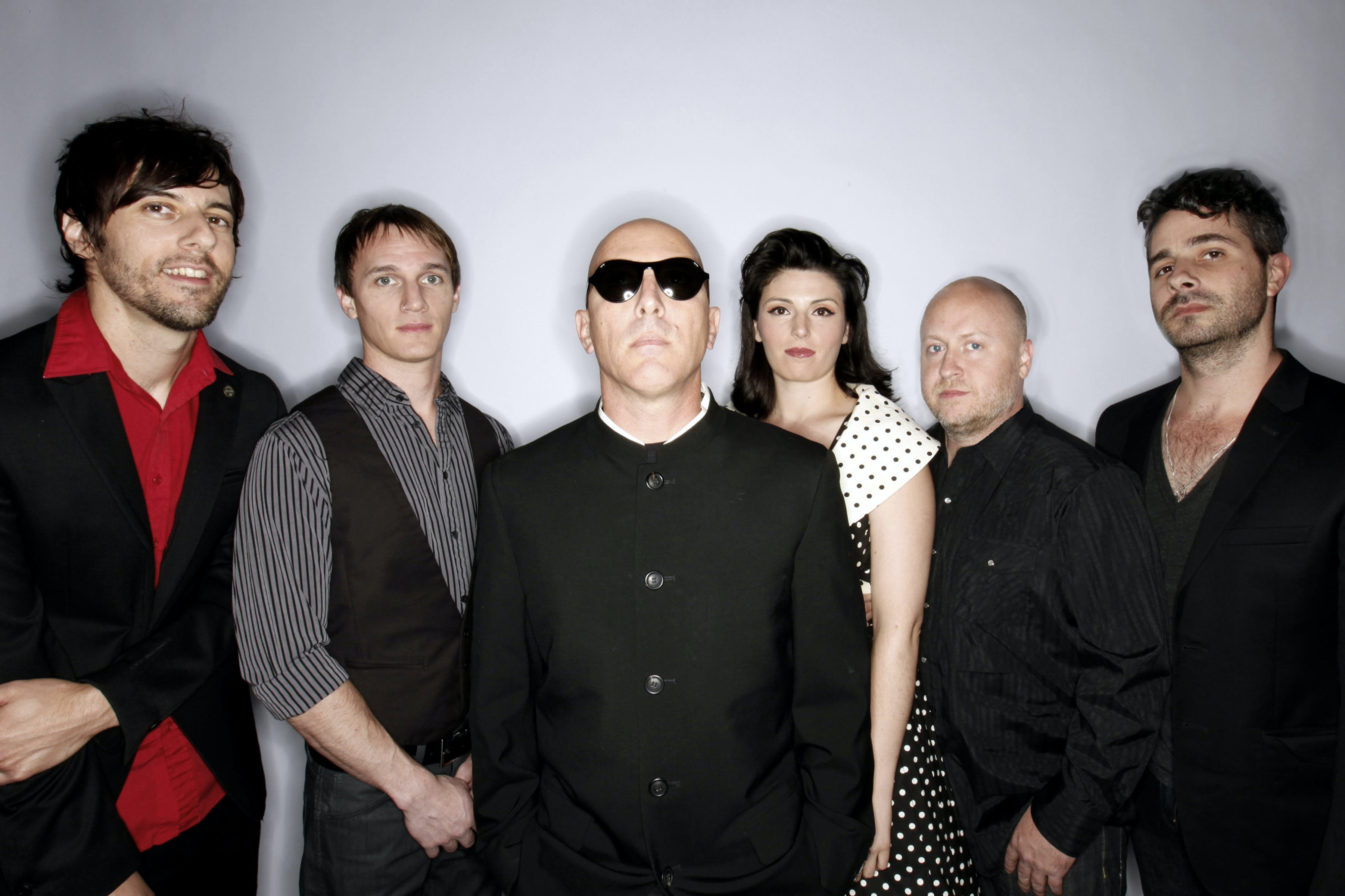 While his main band had a massive year in 2019, Maynard James Keenan's passion project Puscifer also began recording their follow-up to 2015's Money Shot last year. Now, according to a post via their Instagram, the band -- which in many ways is Keenan's solo project -- have announced that they're wrapping up a new album now.

Puscifer posted a video of Maynard in the studio unwrapping an awesome new piece of equipment, with the caption, "Thank you @bluemicrophones and @qdrumco for this fabulous piece. 11 songs in, 1 to go. #puscifer2021 @carinaround @matmitchell"

Woohoo! Here's to hoping the last song gets finished soon, and that Puscifer announce a new album in the coming months.

READ THIS: The many of faces of Maynard James Keenan

Puscifer has always been a very powerful project for Maynard, providing him with a unique musical expression. When asked by Kerrang! who he felt the strongest musical connection with, he replied, "It wouldn’t be one person, but a combination. I’d say Carina Round and Mat Mitchell [from Puscifer]. We all provide pieces that perhaps the others don’t have, and we all feed off of those things.”

The band is also one with which Maynard is interested in -- and even excited by -- hearing remixes of his songs. “I’m not sure if I can even articulate this, I’m not that bright, but I’ll try," he told Kerrang! back in June of 2016. "When you think of Pink Floyd, The Dark Side Of The Moon, that’s a finished piece. And bands tend to think that when they’re doing the records. Historically it’s the way we’re taught or we’ve grown up listening to music – when it comes out, that’s it, there’s going to be nothing different about that thing.

"As time’s gone on, I think Puscifer’s embraced the idea that, ‘We’ve had this idea for this song, and now we’re going to explore a completely different idea for this song,'" he continued. "So, rather than it being a fixed object, it’s actually a moving target. For The Undertaker, we had five different versions and I don’t think there’s any one of them that I like more than the other one. I think they’re all very interesting directions for the song.”

“Things are going to fall into a place we hadn't expected”: Maynard James Keenan on Puscifer, community, and the importance of whispering

Maynard James Keenan describes Puscifer's new video as "like what Rogue One is to the Star Wars films, but without the Storm Troopers and snarky robots".