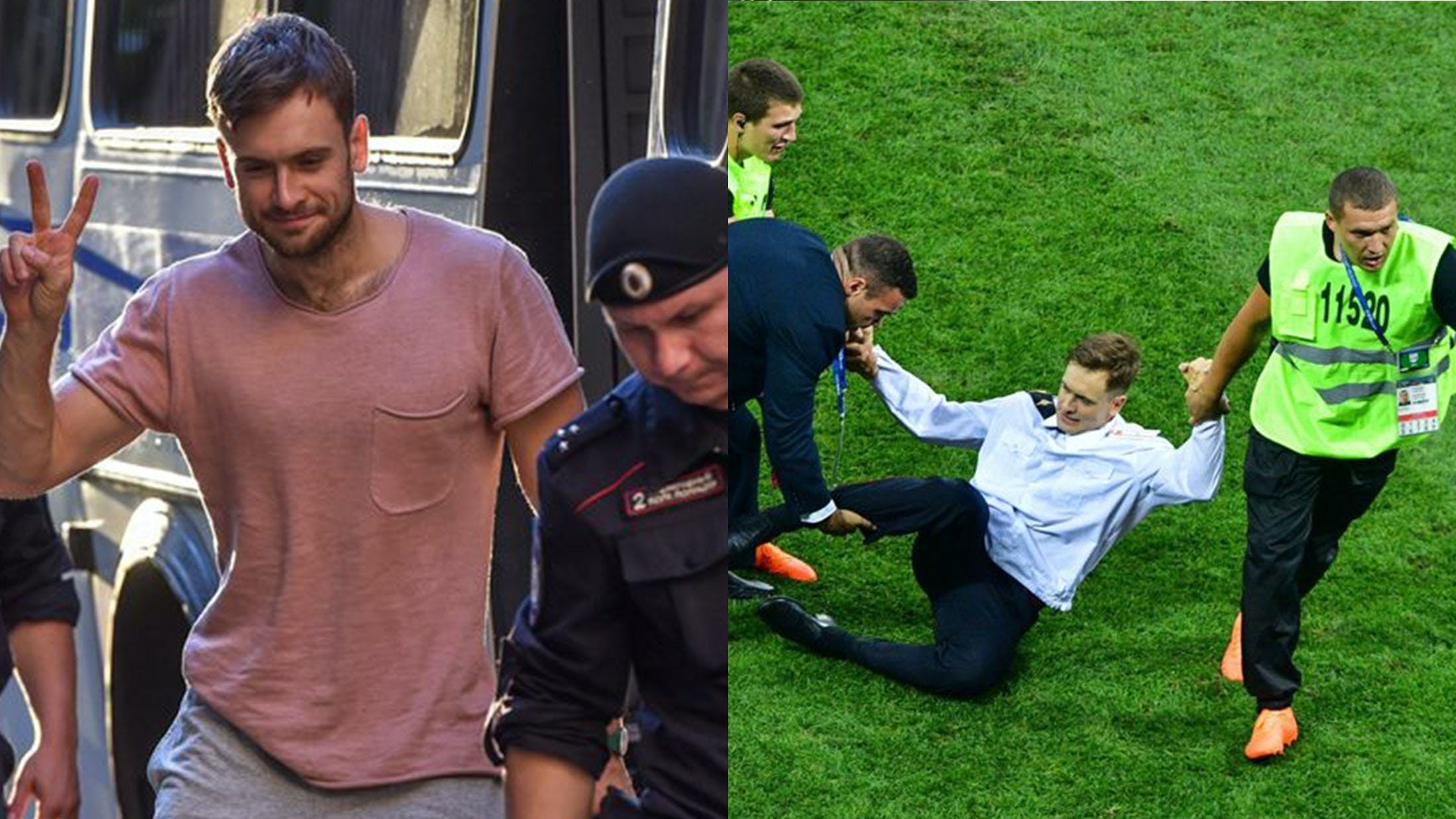 The Daily Beast reports that one of the Pussy Riot-affiliated activists who invaded the pitch at the World Cup final has been taken seriously ill in a Russia, and that his relatives believe he has been poisoned.

Pyotr Verzilov’s friends told Meduza that doctors believe he either overdosed on or was poisoned by anticholinergic drugs, which are used to treat a variety of conditions, including dizziness, ulcers, insomnia, and asthma. Verzilov’s family told Meduza that they are “1,000-percent” certain that he didn’t willingly ingest any anticholinergic drugs.

Verzilov is in critical condition, but his life is apparently not in danger, and he is slowly getting better. Relatives say he still isn’t speaking, and “reacts only with his eyes.”

Verzilov is married to Nadezhda Tolokonnikova, the Pussy Riot member who was sentenced in 2012 to two years in jail for a performance at a Moscow cathedral. She has tweeted: “Pyotr may have been poisoned. In the toxicology department in a very serious condition.”

There is no official word on his condition, but the official Pussy Riot Twitter has posted “we need a contact of the best toxicologist, like the best in profession. we need a consultation ASAP. It’s about Peter who was poisoned.”

Verzilov was sentenced to 15 days in jail after invading the World Cup final pitch in Moscow on July 15. Check out footage of the incident here:

Pussy Riot's Nika Nikulshina has been arrested for the second time this month.