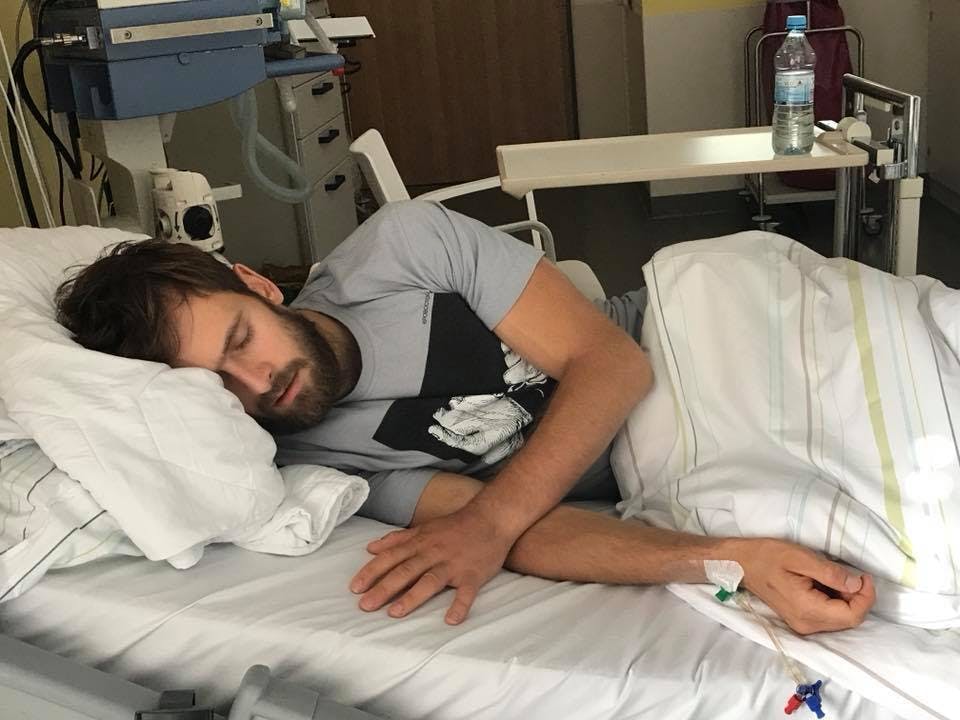 Pussy Riot's Peter Verzilov is feeling better and out of the hospital following his treatment for poisoning. The musician was hospitalised earlier this month in critical condition. At the time, his partner, fellow PR member Veronika Nikulshina, said he had taken a nap that day and two hours later “woke up and said he was starting to lose his sight.”

After that, he lost his vision, then ability to speak and to walk. The band made the following statement:

Peter Verzilov is out of hospital now. He’s still in Berlin under protection of German police, because people who looks like Russian syloviky (law enforcement agencies) were following Peter’s family and friends while Peter was in the hospital Charite.

Peter Verzilov made a statement that he believes that Russian siloviky are in charge of his poisoning. German doctors say that they have not seen anything like Peter’s case before. An agent he was poisoned with is almost impossible to identify, and it gives such a long-lasting effects on Peter’s physical and mental health as none of the existing poisons.

Peter’s lawyers filed a legal paper to the Investigative Committee of Russia asking to investigate an attempt of Peter’s murder. As German doctors said at the press-conference on 18th of September, Peter would be dead if his partner Nika Nikulshina was not around at the day of poisoning to call an ambulance.

We demand the Russian officials to start investigating this case and open a criminal case to find out what happened to Peter.

Pussy Riot's Nika Nikulshina has been arrested for the second time this month.

“Pyotr may have been poisoned. In the toxicology department in a very serious condition...”