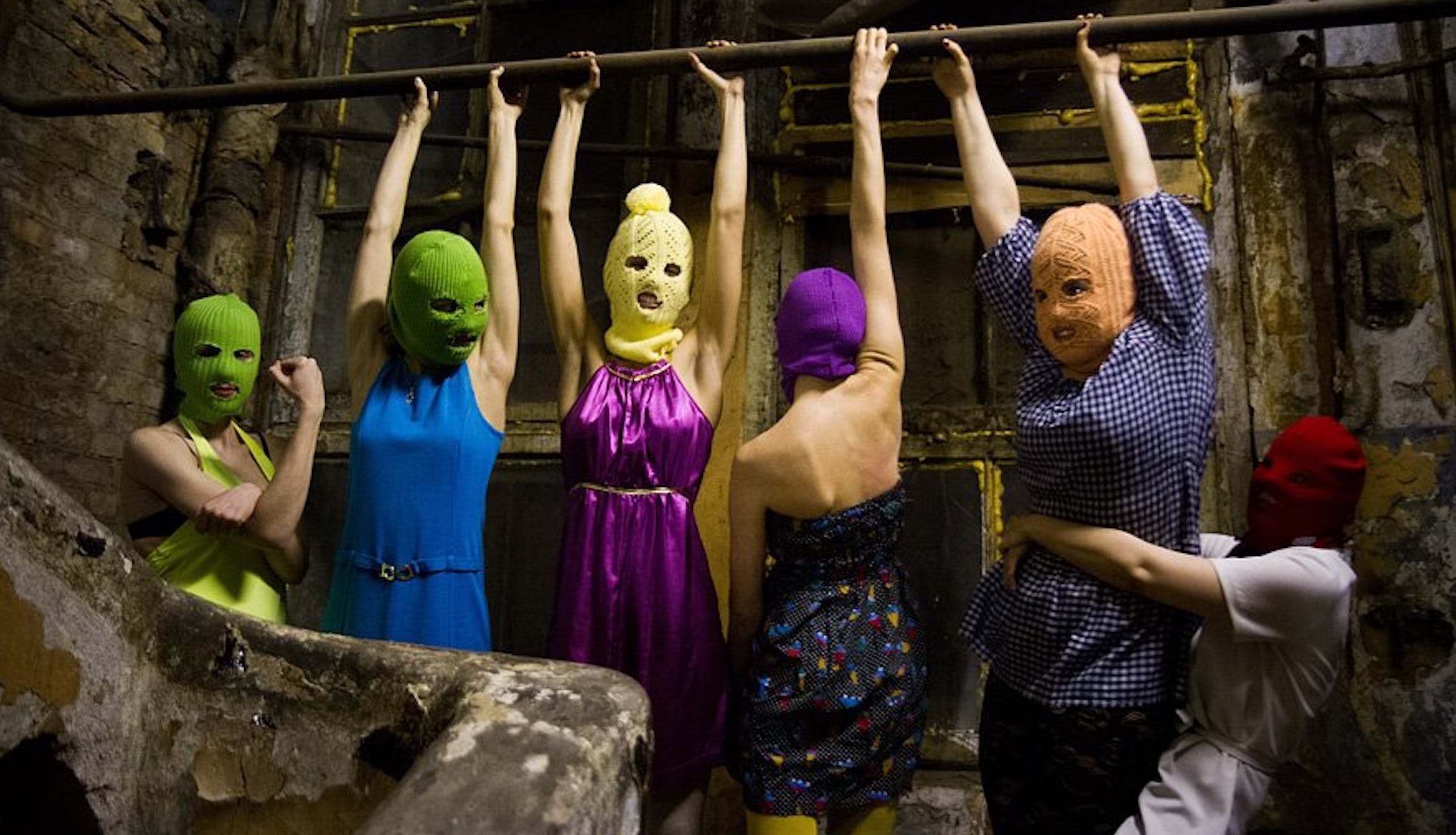 It's no secret that the Russian government and feminist punk rockers Pussy Riot are not fans of one another. The band were imprisoned for 15 days after charging the pitch during the World Cup last year, and demanded Russian officials fully investigate the suspected poisoning of member Peter Verzilov. Now, Pussy Riot member Nika Nikulshina has apparently been arrested for what the band claims is "no reason", but which officials claim is in due to "damaging a piece of government property."

A post on the Pussy Riot Facebook page shows Nika being taken into custody, with the caption:

"Pussy Riot's Nika and her 4 friends will spend this night at the police station. The police doesn't provide any plausible explanations why.

"ps you feel kinda helpless when your friends are in danger and you can not fix it .("

According to Meduza, a government official told Nika they needed to question her because "a group of young people have damaged a piece of government property." They also report that this is Nika's second arrest this month, the first being on April 16th on the way to an awards ceremony at which she was a nominee.

Nika was one of the members of Pussy Riot sentenced to 15 days imprisonment for their participation in the invasion of the World Cup final pitch. The full charges for the interruption included violating the rules for spectators at sporting events (carrying a fine of 10,000 roubles, or roughly £121) and wearing police uniforms illegally (which has a maximum fine of 1,500 roubles, or around £18).

Nika was also present during the poisoning of member Peter Verzilov, her partner. In a statement released soon after that event, the band specifically noted, "Peter would be dead if his partner Nika Nikulshina was not around at the day of poisoning to call an ambulance." The statement went on to say, "We demand the Russian officials to start investigating this case and open a criminal case to find out what happened to Peter."

“Pyotr may have been poisoned. In the toxicology department in a very serious condition...”