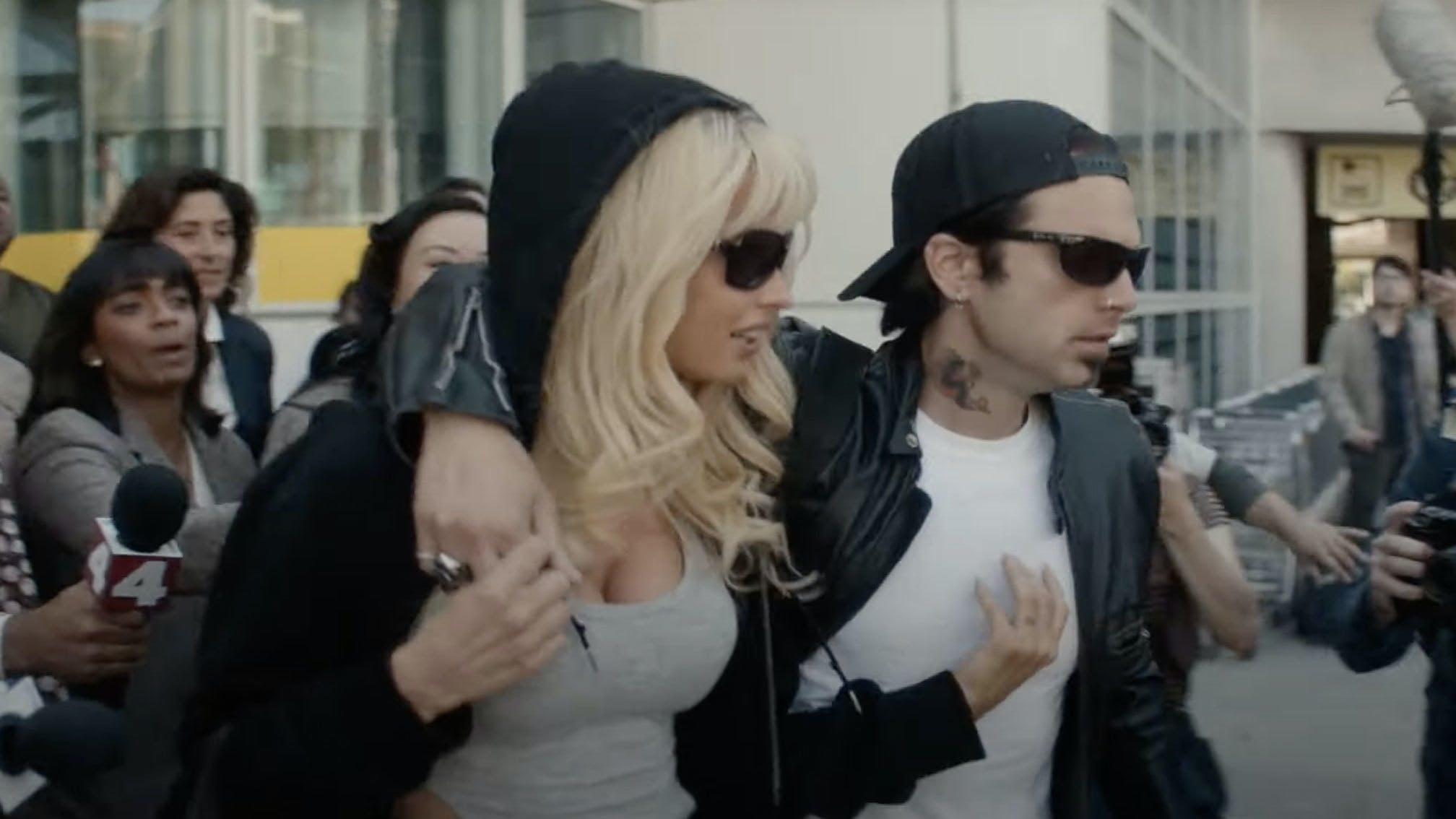 To Kerrang! readers in the mid-’90s, Tommy Lee was instantly recognisable as the drummer in one of the biggest and most spectacular rock bands the world had ever seen. Okay, by that point Mötley Crüe were a little past their sell-by date. Their eponymous 1994 album – the only full-length to feature Vince Neil’s replacement John Corabi on vocals – had failed to have much impact in a scene utterly transformed by grunge. Prior to that, though, the Crüe had been absolutely huge, and their stick-thin sticksman had been delivering thunderous upside-down solos in rotating cages long before Parkway Drive were a glimmer in metalcore’s eye.

To much of the tabloid-reading world, Tommy was more recognisable as the tattoo-covered half of a celebrity couple alongside former Playboy Playmate and Baywatch icon Pamela Anderson. “Main Claim: Hubby of Pamela Anderson, pneumatic siren of the Malibu waves,” sneered the Independent in a 1996 series called ‘Why are they famous?’

The drummer himself admitted to being taken aback by the constant attentions of the paparazzi after hooking up with his (very) soon-to-be wife.

“The level of attention Pamela got in the mid-’90s was insane,” he wrote in his 2004 autobiography Tommyland. “She was more than a Baywatch TV star and a Playboy icon – she was an international sex symbol. The invasion of our privacy was constant. I’m not complaining about what comes with fame, like those bitchy little fucking Seattle boys who hate success… But you gotta know where to draw the line.”

The couple – who are the subject, of course, of the new series Pam & Tommy debuting on Disney+ this week – met on New Year’s Eve in 1994 at the Sanctuary nightclub in LA. As one of the co-owners of the club Pamela sent Tommy a shot and the drummer went over to introduce himself. After tripping over his own ecstasy-impaired tongue, he would later describe in Crüe biography The Dirt how he grabbed Pamela’s face and “just licked the side of it, from chin to temple”. Instead of slapping him, he said that she “fucking laughed and, without missing a beat, turned away and licked the face of the girl next to her. Then fucking everyone started passing licks around the table.”

It was a couple of months before they met again, with Tommy following Pamela to Cancún in Mexico, where she was working on a photoshoot. After four days in the definition of a whirlwind romance, they got married there and then on the beach. Tommy would later recall that on their way back to the U.S. his new wife was asking him questions like where he lived and what he liked to eat for breakfast.

From the outside it might not have looked like a marriage with the strongest of foundations, but both parties have spoken about how happy and in love they were. The couple suffered a miscarriage in the summer of ’95 but their relationship seemed strong. Pamela even once threw a reported $300,000 surprise party for her hubby’s 33rd birthday, complete with a miniature carnival village called Tommyland with tigers and contortionists, while members of Mötley Crüe and Guns N’ Roses jammed onstage. They were also working on their dream home in Malibu, which involved some major refurbishments.

The tape had been stored in a hidden safe in Tommy and Pamela’s Malibu home, and was stolen by an electrician working on the renovations. According to an interview that Rand Gauthier gave to Rolling Stone in 2014, Tommy had threatened the tradesman with a shotgun when he had gone back to the house to retrieve tools. This angered Rand, who hatched a plan to rob the safe, which he believed to contain jewellery and guns. He also claims to have scaled the property’s fence with a yak fur strapped to his back so he would look like the couple’s pet dog on CCTV.

However he committed the heist, the tape was sold on and distributed via a number of shady websites. With the internet still in its infancy, these sites were not actually hosting the footage but acted like a shop window, providing instructions for people to buy a physical copy. Tommy and Pamela would later sue Internet Entertainment Group (IEG), one of the companies selling the video. "In order to protect what privacy they have left, the Lees have entered into a confidential settlement agreement with IEG," a spokesperson said at the time. “The Lees have never intended to profit nor have they profited from the stolen tape and are sick about the whole situation."

The blurb for the Pam & Tommy series says it is a “love story, crime caper and cautionary tale rolled into one” that “traces the origins of our current reality TV era to a stolen tape seen by millions but meant to have an audience of just two”. There have certainly been sex tapes to have emerged in public since that have been far more carefully managed to the benefits of their participants. For Tommy’s part it confirmed the impressive boat horn-honking endowment that had once earned him the nickname T-Bone, but, despite popular perceptions at the time, he is adamant that they didn’t seek to profit from the tape.

Recalling the time in Tommyland he wrote: “I’m still sick to my stomach that people believe that Pamela and I released the tape on purpose for profit. The Wall Street Journal named the tape the most profitable porno release of all time, estimating that it grossed close to $77 million. Considering that there weren’t any production costs or actors’ fees to take care of, that number was pure profit – for the fuckers that fucked us. That’s tight. I wish I could say we had the last laugh and financed our kids’ future off someone trying to rob us, but the truth is, I can’t.”

Pamela has said that she has not watched the tape and never will, believing that it contributed to the end of her marriage (the couple divorced in 1998 and Tommy spent six months in jail for spousal abuse). The whole incident also raises major questions about privacy and consent.

Posting about the making of the upcoming series, Hole vocalist Courtney Love wrote: "I find this so fucking outrageous. When Pam/Tommy sex tape was out myself, [Hole drummer Patty Schemel] and [Hole bassist Melissa Auf der Maur] were making a record. And the lone women in many recording studios in LA. Where all ALL! the staff engineers/producers/owners were watching the sex tape with huge schadenfreude… Guffaws, it was disgusting. I banned anyone discussing it. It destroyed my friend Pamela’s life. Utterly."

Pamela has not commented publicly on the series. Lily James – who plays the star alongside Sebastian Stan as Tommy Lee – said she had reached out to her but never heard back. She stated that “I was really hopeful that she would be involved,” adding that she hoped “to provoke a conversation” and “be part of these attempts at change”.

Whether a largely comedic take on the episode is the best way to do that is open to question, but there’s no denying that the saga of the so-called sex tape is a fascinating one, and arguably an incredibly important cultural moment.