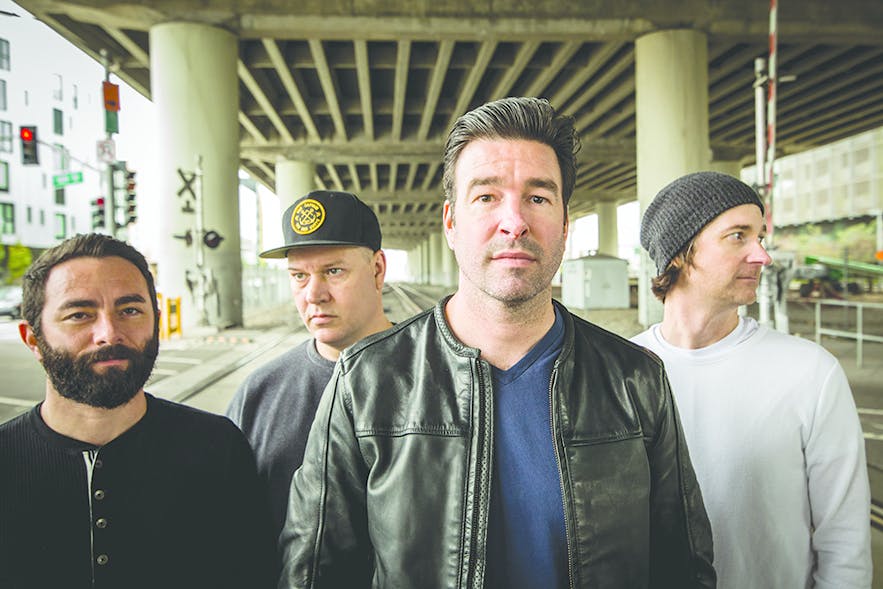 For some bands, no matter how good they are, success and popularity will always play second fiddle to the artistry of making music and the catharsis of playing it. But this just serves to make them even cooler. Since their 1997 El Diablo debut, Will Haven have been a small cult, with some high-profile champions, including fellow Sacramento natives Deftones, as well as Slipknot, whose percussionist Chris Fehn played bass in the band between 2010 and 2014, laying down thick grooves on 2011’s Voir Dire. Delvers into the noisier veins of the underground hold them in some reverence, and rightly so, but in terms of mass acceptance this is still very much a band who exist in the shadows. With Muerte looking like the end for Will Haven, that probably isn’t going to change anytime soon.

It’s hardly surprising when you consider the music they make. Frontman Grady Avenell says he’d love to have a bigger audience, but Will Haven have never compromised in an effort to win one, and Muerte, like its predecessors, is ugly, noisy and challenging. But then, the best, most impactful music isn’t always the prettiest, and here that point hits with the force of a misshapen wrecking ball.

That isn’t to say that Will Haven are one-dimensional dealers in brute force. Like the aforementioned Deftones, they’ve always had a knack for churning dynamics, and they twist their dense slabs of noise into genuinely engaging songs. Not songs you could easily hum, perhaps, but ones that can grab you by the throat and wring your emotions until you’re an empty (yet sated) husk.

They also know how to use atmosphere and when to ease off the pedal. Opener Hewed With The Brand begins with a slow build of ethereal melody that serves as a 30-second calm before the storm. Grady breaks the serenity yelling, ‘Failure is an easy target,’ with his bleeding-larynx delivery and off-kilter meter. It sets the dark tone perfectly, and while there are a number of tracks that trade mostly on angst and bile, such as the compact, nasty Unit K and Bootstraps, it’s when Will Haven expand their palette that they’re most impressive.

In keeping with Muerte’s morbid tones, guitarist and main sonic architect Jeff Irwin said he wanted Winds Of Change to evoke the sense of stress you might feel when you’re about to die. The song’s chaotic assault certainly doesn’t conjure images of passing peacefully in your sleep – it’s painful, messy and confused, until the noise is superseded by shining melodic rays that carry the listener away. No Escape also flits through extremes of light and shade, as guest vocalist and YOB frontman Mike Scheidt builds a harmonious island beset on all sides by a tumultuous and violent ocean.

Closer El Sol is another epic that initially started as a truckload of riffs supplied by – that band again – Deftones guitarist Stef Carpenter. A good pummelling later, it evolves into a see-saw hypnotic groove as Grady wrings out a life-and-death poem by Native American Shawnee warrior Tecumseh. The result is one of the most stirring, ambitious moments the band have ever created.

Grady has talked about Muerte potentially being Will Haven’s final album. Here’s hoping he’s proved wrong, but if this really does represent the death knell of the band, it’s a hell of a way for a truly special, exciting and brilliant force to bow out.

This review originally appeared in K!1714

Muerte is available via Minus Head. Check it out on the stream below.

13 bands who wouldn't be here without Deftones

20 Years On, Will Haven Look Back At The Album That Defined Them

On the 20th anniversary of its release, the founding members of Will Haven remember WHVN.

Will Haven guitarist Jeff Irwin and the Rugby-based newbies talk about the band’s future as one of metal’s brightest new acts.

PLUS! Five Finger Death Punch, HIM, Fall Out Boy, Panic! At The Disco, Matt Skiba, Waterparks, Enter Shikari and more!