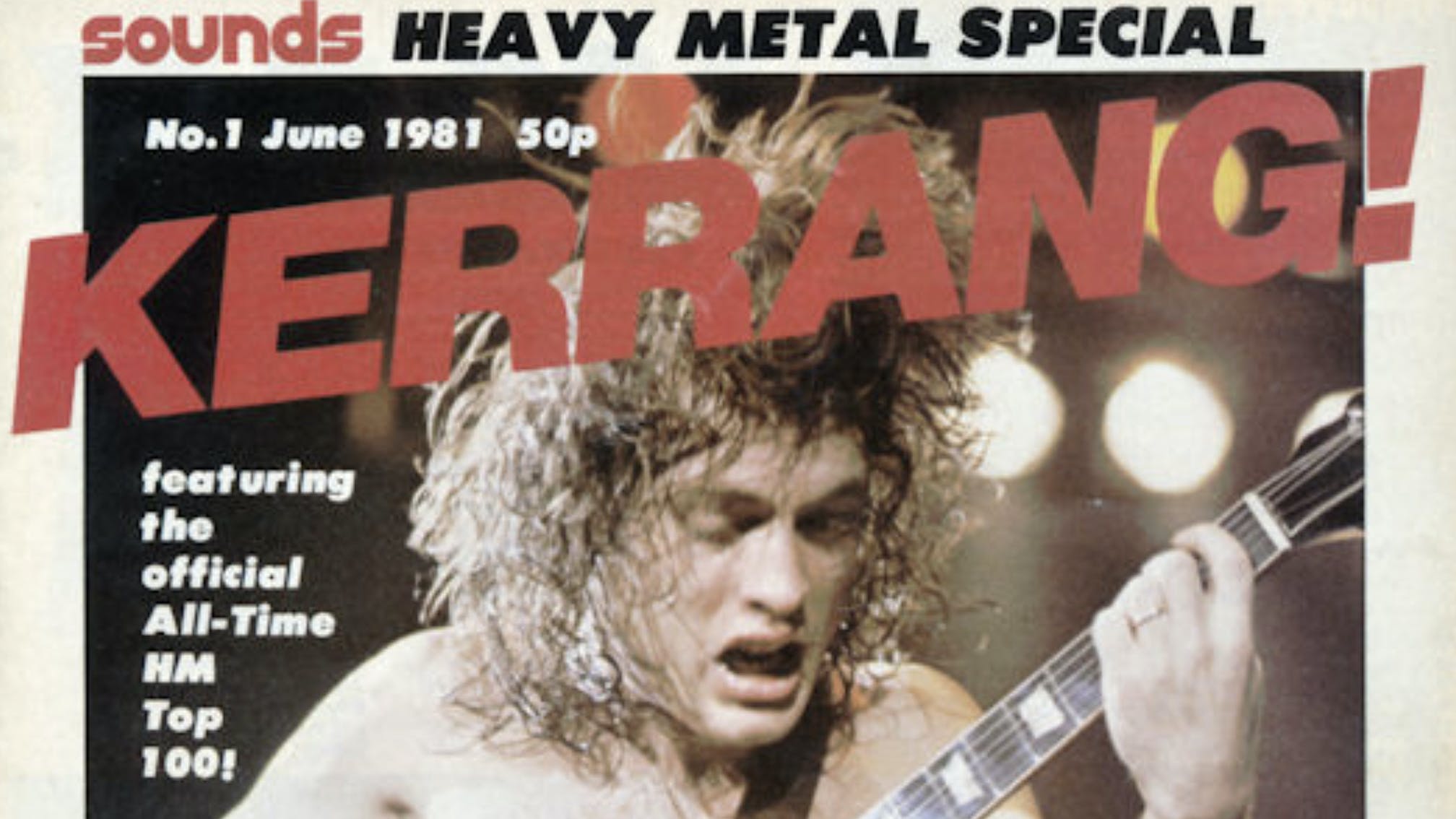 Anyone who had the pleasure of spending time over a quiet pint or three with Alan Lewis was guaranteed to enjoy a conversation that was full of passion and understated wit.

Despite being a man who left an indelible mark on British magazine publishing, Alan was not a man who was obsessed with ‘the numbers’ or the politics that so often consume those in the media industry. If anything, he was focussed on entertaining the audience, relying on the seemingly simple concept of giving people what they want. That ‘by-fans, for-fans’ ethos informed the launch of Kerrang! – the magazine he founded in the summer of 1981 – and it is still the driving force behind what we do now.

A soul man at heart, as punk broke Alan had assumed the editorship of Sounds, then one of four weekly music papers in the UK. Encouraging his team to write about the music they genuinely loved, he gave free reign to a set of remarkable journalists and photographers that included the likes of punk champion Jon Savage, future PR legend Barbara Charone, Pete Makowski, Sylvie Simmons, Dave Henderson, Vivienne Goldman, Mick Middles, Ross Halfin, Ian Dickson, and Geoff Barton.

Alan’s non-elitist view of music allowed Sounds to champion endless scenes in a democratic and passionate manner – the paper embracing metal in particular while other weeklies were fixated on what they perceived as hipper types of music. The genre’s principal champion was Geoff Barton, who also began to rise through the ranks of the editorial team.

Aware that a new breed of metal bands were emerging in the UK and that Geoff’s enthusiasm for this scene was real, Alan ran a cover story in December 1979 that unveiled ‘The New Face Of Metal’. Featuring Samson drummer Thunderstick on the front page, that issue of Sounds offered readers a ’13 page gross-out’ – a huge round-up of the cream of emerging homegrown hard rock bands. Alan and Geoff gave a name to this new scene: the New Wave Of British Heavy Metal (or NWOBHM as it simply became known).

With leading lights that included Iron Maiden, Def Leppard, Saxon and Angel Witch, NWOBHM provided Sounds with a fresh set of cover stars that the paper enthusiastically supported at every given opportunity. The same was true with the second generation of street punk bands that the Sounds embraced, creating Oi! as a sub-genre in its own right.

As the popularity of bands that Geoff wrote about grew and the likes of Maiden and Leppard released their debut albums, so too did Sounds’ sales. It was this that led to Alan suggesting that Geoff should take a couple of weeks off to map out what he suggested could be a one-off heavy metal special. And so, Kerrang! hit the newsstand for the first time in the summer of ’81 – it’s front section named May-hem denoting the month in which that initial issue was assembled.

While Geoff was the face of Kerrang!, who developed its larger-than-life tone and directed the content, Alan devised it’s publishing strategy and effectively edited and designed the magazine in a hands-on manner. As the first issue sold out, the idea to transform Kerrang! into a monthly soon followed in August, it’s continuing success allowing it to move to being fortnightly and eventually weekly. The first magazine dedicated to heavy music, Kerrang! not only became an essential promotional outlet for new and established talent, it also inspired a raft of similar titles around the world.

Alan’s enthusiasm was something he carried with him into further publishing ventures over time. When he took over rival weekly NME in the mid-’80s, he injected new life into the title, once again recruiting new editorial talent to ensure the paper’s grassroots relevance. Among them was a young Features Editor named James Brown who, having failed to subsequently to become Editor of the NME, was given the opportunity to launch an idea he’d pitched to Alan. The resulting magazine was Loaded – another publishing first based on the celebration of anarchic lad-ism with genuine editorial smarts. Once again, this blueprint would be widely emulated and, in lesser hands, effectively devalued over time.

Alan’s love of print media was such that his attempt to move away from it and run a pub in later life proved frustrating. As a result he returned to oversee Record Collector magazine where, once again, his nurturing of talent was evident – one of his young interns consisting of current Kerrang! Editor, Sam Coare.

It goes without saying that the news of Alan’s passing yesterday (June 23) has saddened everyone who knew him. But there are also literally millions of readers who owe him a huge debt of gratitude for developing an editorial approach based on enthusiasm and instinct.

Kerrang! would like to extend our condolences to the Lewis family – particularly his son Luke who worked with us for a number of years before continuing his own illustrious career. And, above all, we would like to say thank you, Alan. Rest well. We would not be here without you…