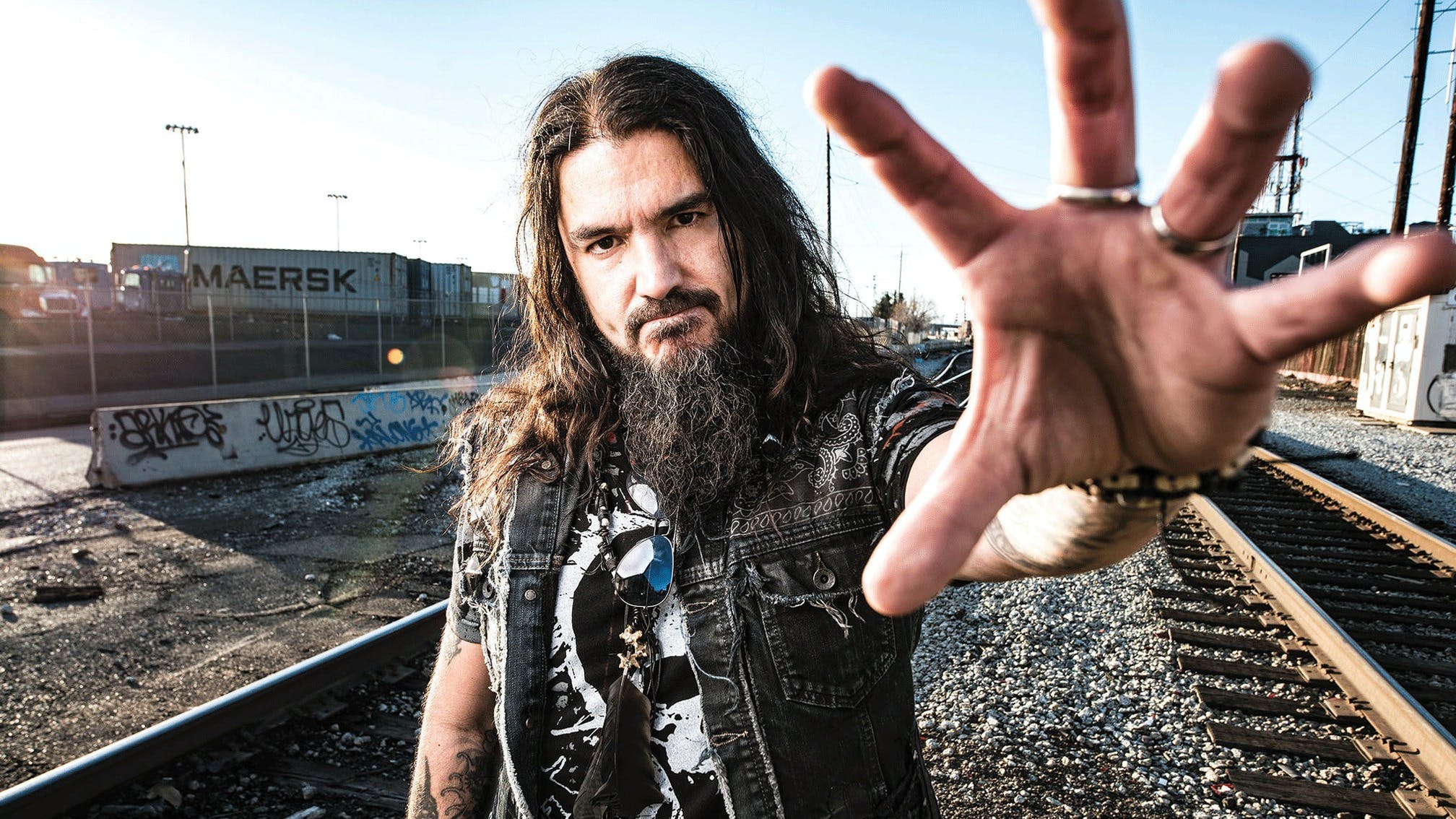 The next chapter of Machine Head is go, with the band announcing details of their new album ØF KINGDØM AND CRØWN and sharing lead single CHØKE ØN THE ASHES ØF YØUR HATE – and to celebrate, we simply had to get frontman Robb Flynn on the phone to ask him all about it…

“I'm really stoked on it,” he tells us of the single. “It's a colossal album, and we just felt a particular affinity to this track. It's just a straight-up Bay Area thrash metal track, a fucking face-melter. Maybe just being home for so long here in the Bay Area kind of reconnected me that that vibe and that spirit. It’s the first time I've been home for two years straight in probably the last 30 years, and I just soaked in all of that vibe again. I'm really juiced on it, man. It's a ripper.”

As for his hopes for fans' reactions to CHØKE ØN THE ASHES ØF YØUR HATE? “We just wanted to fucking rip people's faces off!” Robb says. “It's got a great hook, it’s got a sick breakdown. Fuck, I hope when people hear it they just smash everything in their fucking living room, do a single-person circle-pit through their entire fucking house while smashing shit and drinking beer!”

Discussing writing over lockdown, he explains that, “Zack, my engineer, and Jared [MacEachern, bass] and I got together every couple of weeks and just created. We booked studio time, or we’d just meet up and jam. I have a studio now as well, so we would show up at my studio and track ideas and record riffs and stuff, and Zack would demo some drums. We’d get ideas constantly in motion, and it was really great. Zack’s a great drummer and a great producer of death metal and tech death type of stuff, and his and my brains were connected. It was really just a fantastic collaboration, and we just tried everything. Sometimes stuff didn't work, but when it did work we were just like, ‘Wow, we're really onto something special here.’”

Listen to CHØKE ØN THE ASHES ØF YØUR HATE below:

ØF KINGDØM AND CRØWN is due out on August 26 via Nuclear Blast x Imperium Recordings.