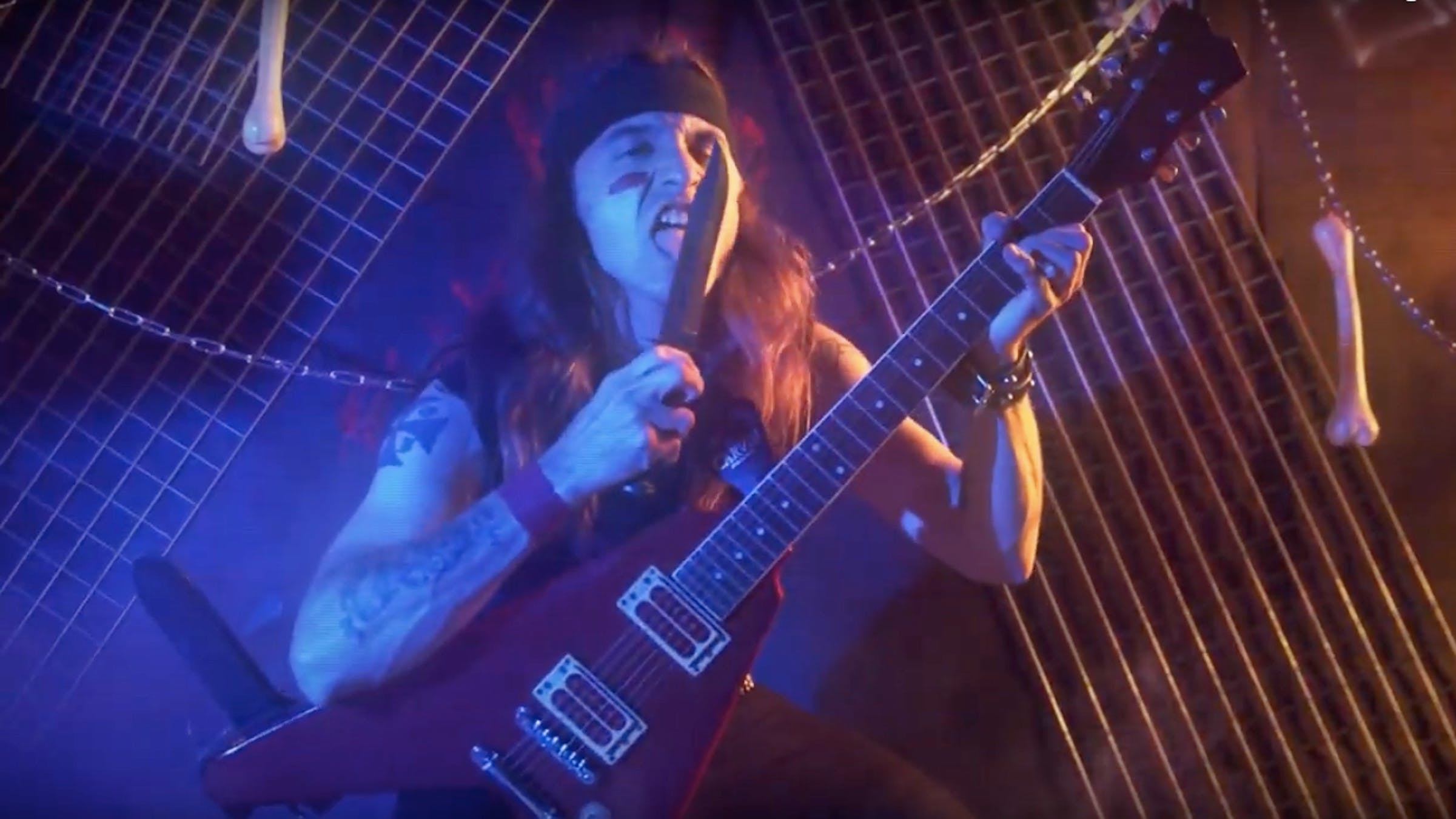 They say that if you spare the rod, you spoil the child, so it's a good thing Rod Of Correction are here to beat the shit out of you. The San Diego quintet, featuring members of hardcore acts Take Offense and Narrows, aren't here to spoil you with a little bit of everything and influences from across all of heavy music's broad spectrum the way most bands do. No, these dudes are here to play the kind of explosive old-school heavy metal that eats lightning-covered chains for breakfast and shits out high-top sneakers full of blood. These guys rule, and they aren't afraid to lick a knife to prove it.

The band's new video for the track Rod Of Correction, directed by Grant Reinero, gives you everything you want metal bands from the '80s to do, but louder. There's colored light, fake smoke, webs of chains, a fenced-in drummer, an evil-looking mini-bike, and bones hanging from the ceiling for no fucking reason. Through it all, the band blast through a massive arena-metal track about how rock will live forever, unlike posers, who will not. It's basically the song that plays during the badass workout montage in your dreams.

According to frontman Colin Tappe, "We're all obsessed with 80's music videos, so it was incredibly satisfying to engage this medium that's more or less in our DNA. The song itself is about a group of post-apocalyptic enforcers by the name of Rod of Correction. It's pure Heavy Metal/Future Shock!/2000 A.D.-style subject matter, so the over-the-top imagery of the video ideally compliments the subject matter."

Strap on your spiked codpiece and check out our exclusive stream of Rod Of Correction's new video below:

Take a good hard look at the cover of Rod Of Correction's new album, If Might Makes Right...Then The Rod Is God, below:

Rod Of Correction's new album is available right now on all streaming services, and can be purchased as a cassette from their Bandcamp.