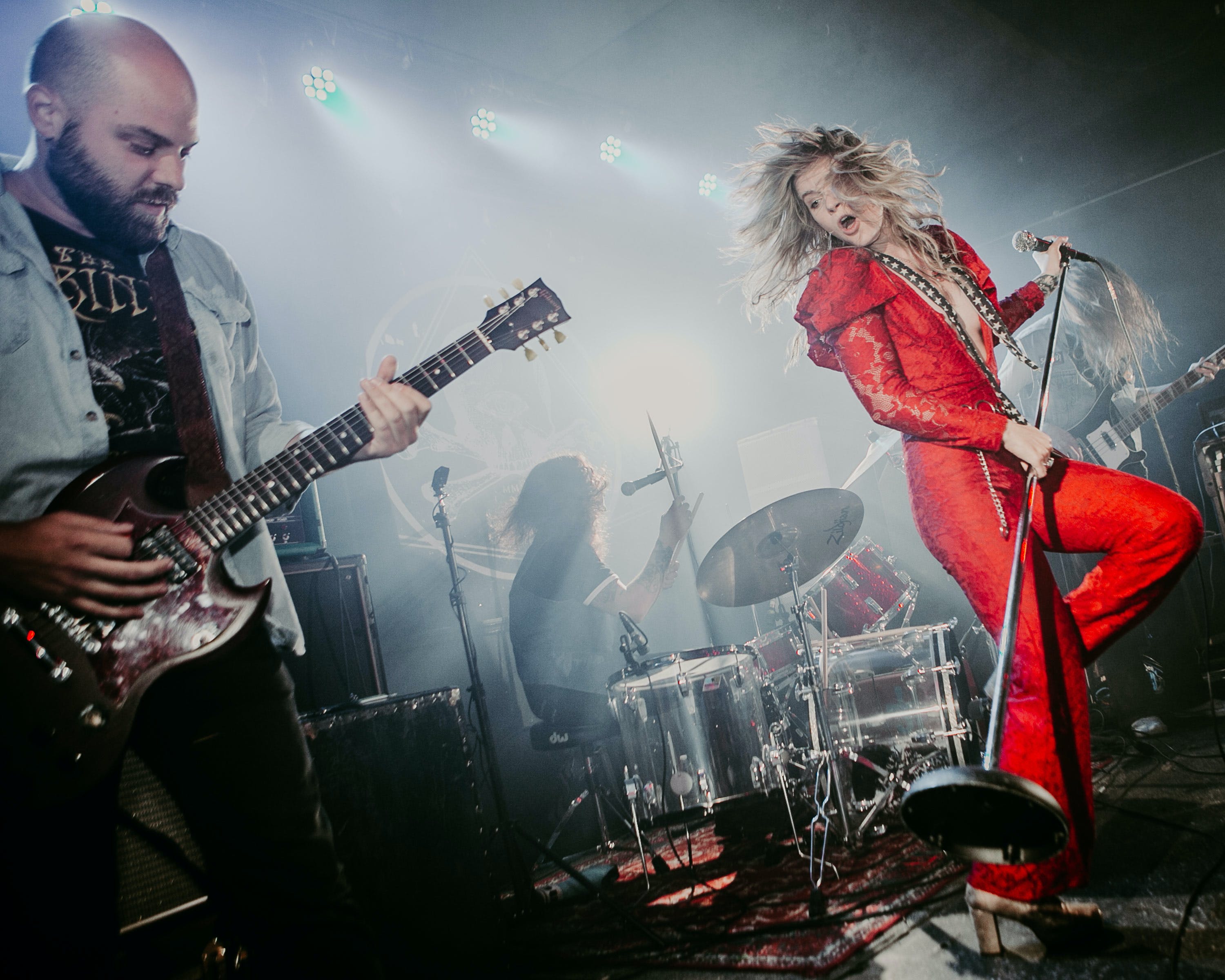 When it comes to contemporary bands who channel the spirit of the '70s, few can match Ruby The Hatchet. The Philadelphia heavy psych crew have both a hard-hitting, reverb-drenched sound that's complemented by an electric, fun-loving live show; the merging of the two feels like a distillation of the outlaw rock that made its bank in the '70s. Now, the band have used their unique sound to pay homage to one of the classics of that era, having recorded a cover of Uriah Heep's Easy Livin'.

The track, a staple of Ruby The Hatchet's live sets, was recorded at Retro City Studios in New Jersey. In the words of the band, "Uriah Heep is a band favorite and still an unsung hero of sorts in our opinion. Many of their songs make our karaoke cuts, but Easy Livin' was especially fun to figure out now that we have been toying with live three part harmonies. All of the high notes in our cover are vocally supported by Johnny [Scarps, guitar], and of course Owen [Stewart, drums]...still trying to put a mic in front of Lake [Muir, bass]. Plus, when you have someone like Sean [Hur] playing organ, a Heep cover is a must."

Check out Ruby The Hatchet's Easy Livin' below:

READ THIS: Ruby The Hatchet is the heavy psych band you need to know right now

Ruby The Hatchet will be kicking off a North American tour with Kadavar tomorrow, so make sure to catch the band at one of the following dates:

READ THIS: Philadelphia is the last bastion of America's snotty rock edge

Get ready, Europe: the Hatchet is coming.