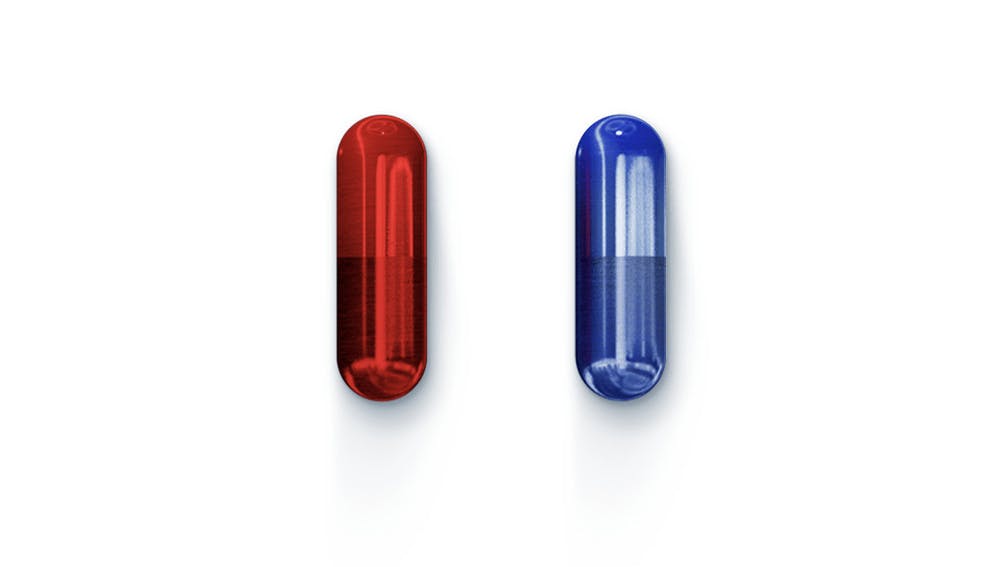 Upcoming attractions at the cinema: Matrix, Jackass and Scream sequels. Feel familiar? Like you've been here before? In the early 2000s?

Yeah. And as we know, déjà vu is usually a glitch in The Matrix. It happens when They change something. Said point is rammed home in the just-dropped trailer for The Matrix Resurrections. Trinity saying it in the original loops over, as the short clip reveals another few crumbs of clue about what's going on, including loads of references to the OG trilogy. For instance, blink, and you'll miss smarmy alpha-program The Merovingian robbed of his arrogant suaveness and looking like haggard hammered shit - without his wife, Persephone, by his side.

As with the first trailer, we see Neo is in the 'normal' world, which the previous trilogy had us believe is actually The Matrix. Is it simply part of the cycle going round again, and somewhere along the way he's been tricked into going back in? Or was he still in it before and that's how he could act like he was jacked into it even when he wasn't? Or even... are we a level above it here? A dream within a dream?

Meanwhile, a Korean instagram post by the producers has revealed that Sati, from The Matrix Revolutions, is in it. Sharing the poster of actress Priyanka Chopra, who appears in the first trailer, they also used the character's name in the accompanying hashtag. And that just gives us more questions on those we already have. Most importantly: where the fuck is Smith?

All will be revealed when the movie comes out on December 22. Possibly.