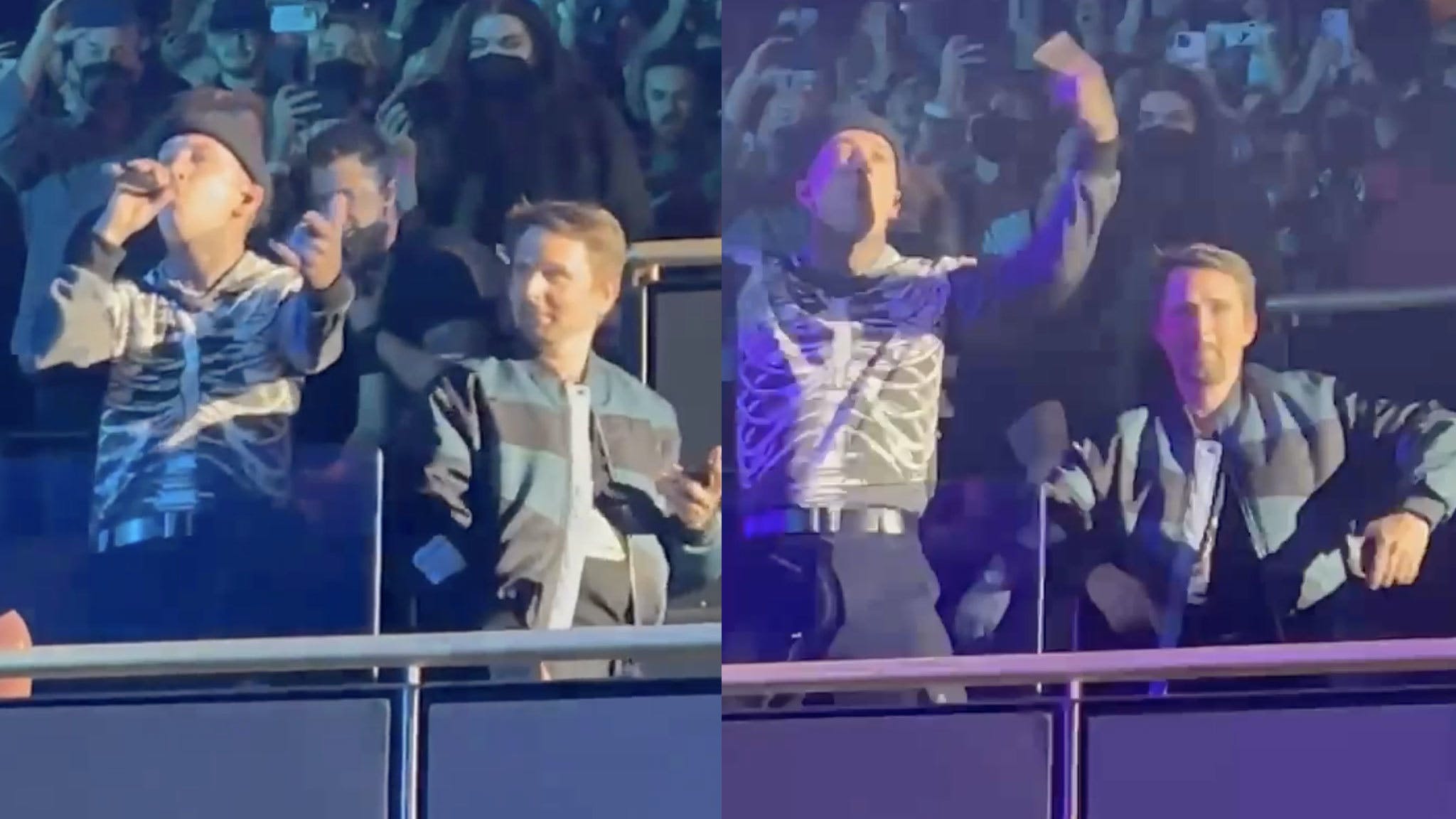 It's been a big week for Muse's Matt Bellamy: first his band unleashed a huuuuuge new single, Won't Stand Down, and then he hit iHeartRadio ALTer EGO to do some adorably awkward dad dancing to twenty one pilots.

Over the weekend Matt shared an incredibly wholesome video of his surprise appearance during twenty one pilots' set at The Forum in Los Angeles. Seemingly there with his family to just enjoy the spectacle, the frontman then found himself standing right next to Tyler Joseph, who had come out into the crowd during Ride.

Clearly unprepared for this moment, Matt then busted out some interesting moves, later joking on Instagram that: "When you’ve taken the kids to see twenty one pilots and Tyler Joseph decides to come in the crowd, sings right next to you, and you embarrass yourself, your family and everyone in the building." Hey, at least he got involved!

And see the moment on the iHeartRadio ALTer EGO livestream:

Though he didn't acknowledge it during the performance, Tyler has previously spoken about being a huge fan of Muse and Matt. Sharing a photo of them together several years ago, the twenty one pilots man wrote: "I've learned a lot from this guy and he never even knew it. first time meeting him and we seamlessly rolled in to a discussion about in-ear monitors, floor wedges, and mic stand preferences. this was the best photo we got. the other ones we had our heads really close together for some reason. like, almost touching. i don't know why we did that."