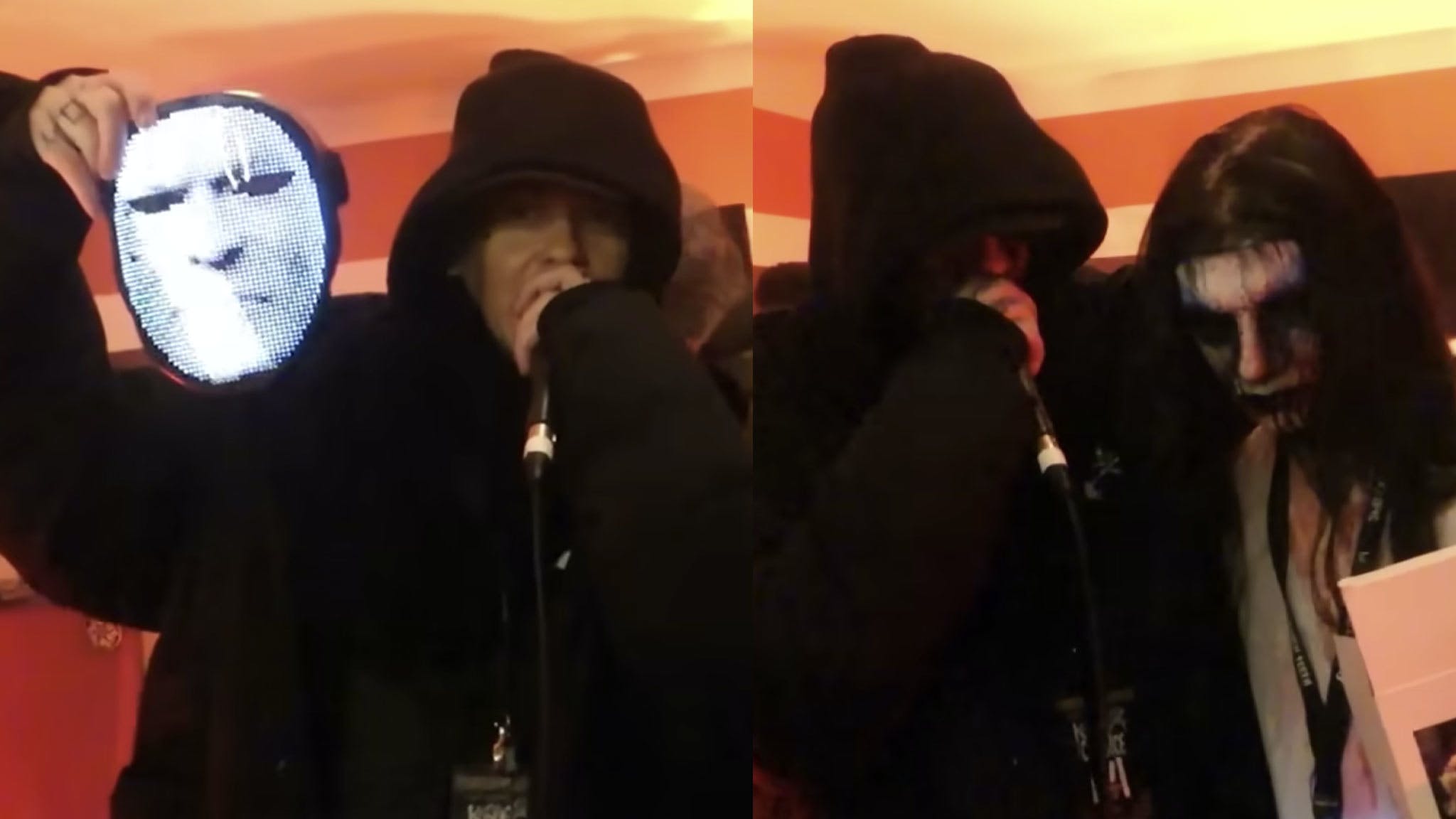 Sid Wilson’s masks on the cycle for Slipknot’s The End, So Far have – unsurprisingly – been incredibly memorable, from the weird and intricate robot to his electronic light-up mask in the video for Yen.

And, speaking of the latter, the DJ generously donated that actual used mask from the music video to AJ Good, owner of The House Of Masks. AJ has an incredible collection of ’Knot masks and memorabilia, and recently the pair worked together for the ThanksKilling Weekend 2022 show. There, during his own set and mid-performance, Sid brought AJ up onstage and presented him with the Yen mask, which comes pre-loaded with Sid’s face on it.

In fact, in later breaking down how this unusual mask works in a video excitedly entitled ‘SID WILSON GAVE ME A MASK!’, AJ explains that Sid simply imported three of his own selfies from his phone, and voilà!

Basically, this is just 11-and-a-half minutes of awesomeness. Watch the whole video below:

Watch the mask in action in the Yen video below:

And, for even more from the pair, watch an hour-long video of Sid visiting The House Of Masks: