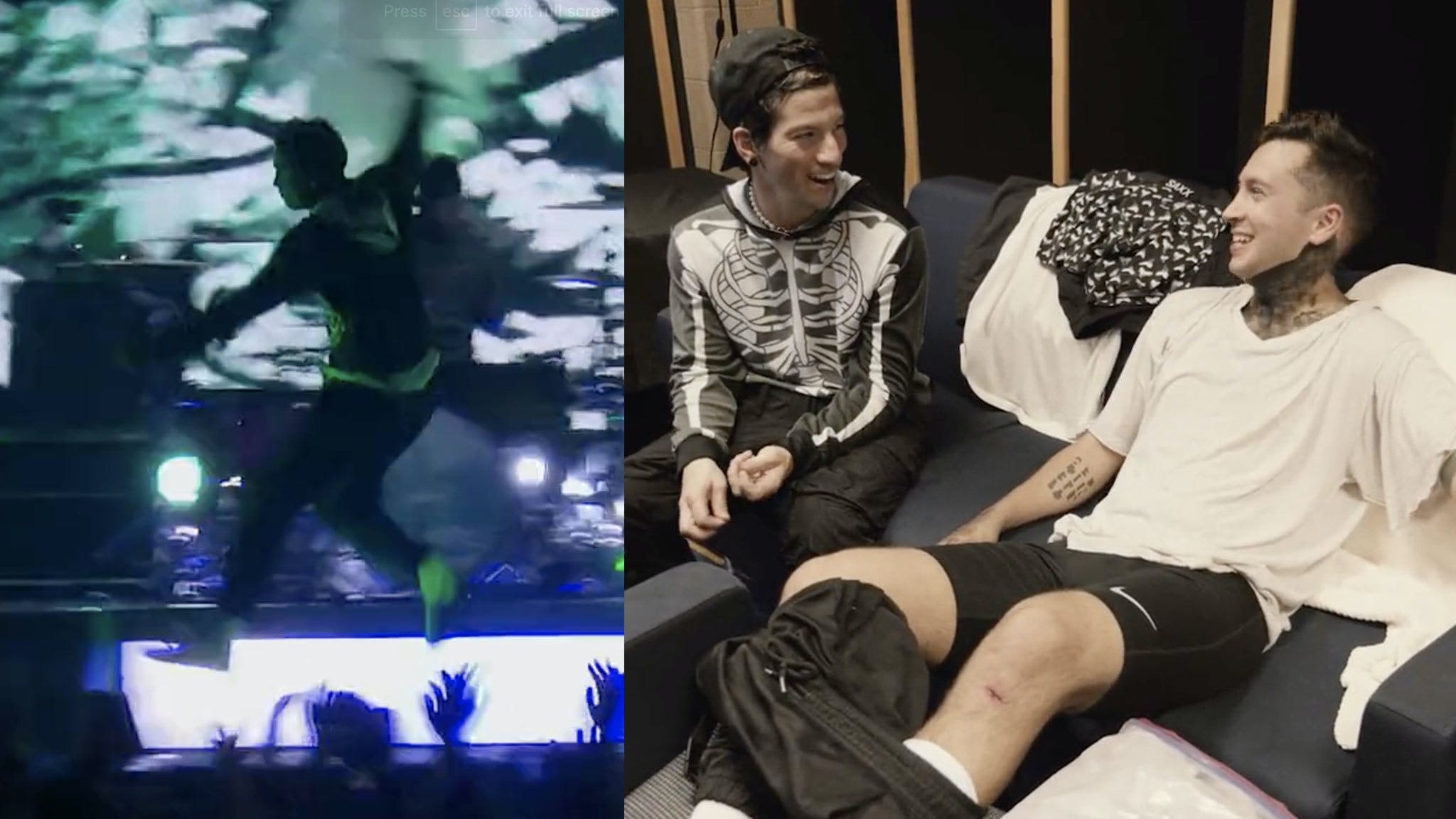 twenty one pilots have consistently put on one of the most spectacular shows on the planet – and the same can be said for their current Icy Tour in America. However, a rogue drum stick threatened to derail things at a recent gig…

The band have just shared a video of one of the “first show injuries we’ve had in a long time”, which shows frontman Tyler Joseph slipping over on a fallen drum stick on the floor and slamming into the ego riser. Ouch!

Laughing it off after the show, Tyler tells the camera in this new three-minute video: “My name’s Tyler, and this is the ‘sprain your ankle on Josh’s drum stick’ trick.”

Turning to Josh, he points out, “That’s the first time you’ve dropped a stick all tour. Josh’s stick flew forward and landed on the deck in front of him. Stayed out there. When I went to go run and jump on the ego riser, I perfectly stepped on it to where it rolled me sideways, and everything gave out. And then I basically just hugged the ego riser to stay onstage!”

Thankfully the fall doesn’t seem to cause too much damage, and Tyler is in high spirits joking that, “What’s funny to me about this is that it’s only Josh’s fault.”

Watch the video below – and see how Tyler impressively handles the following gig with his injury.

Catch The Icy Tour at the following:

Read this: 7 things we learned from twenty one pilots’ smallest UK show in nine years