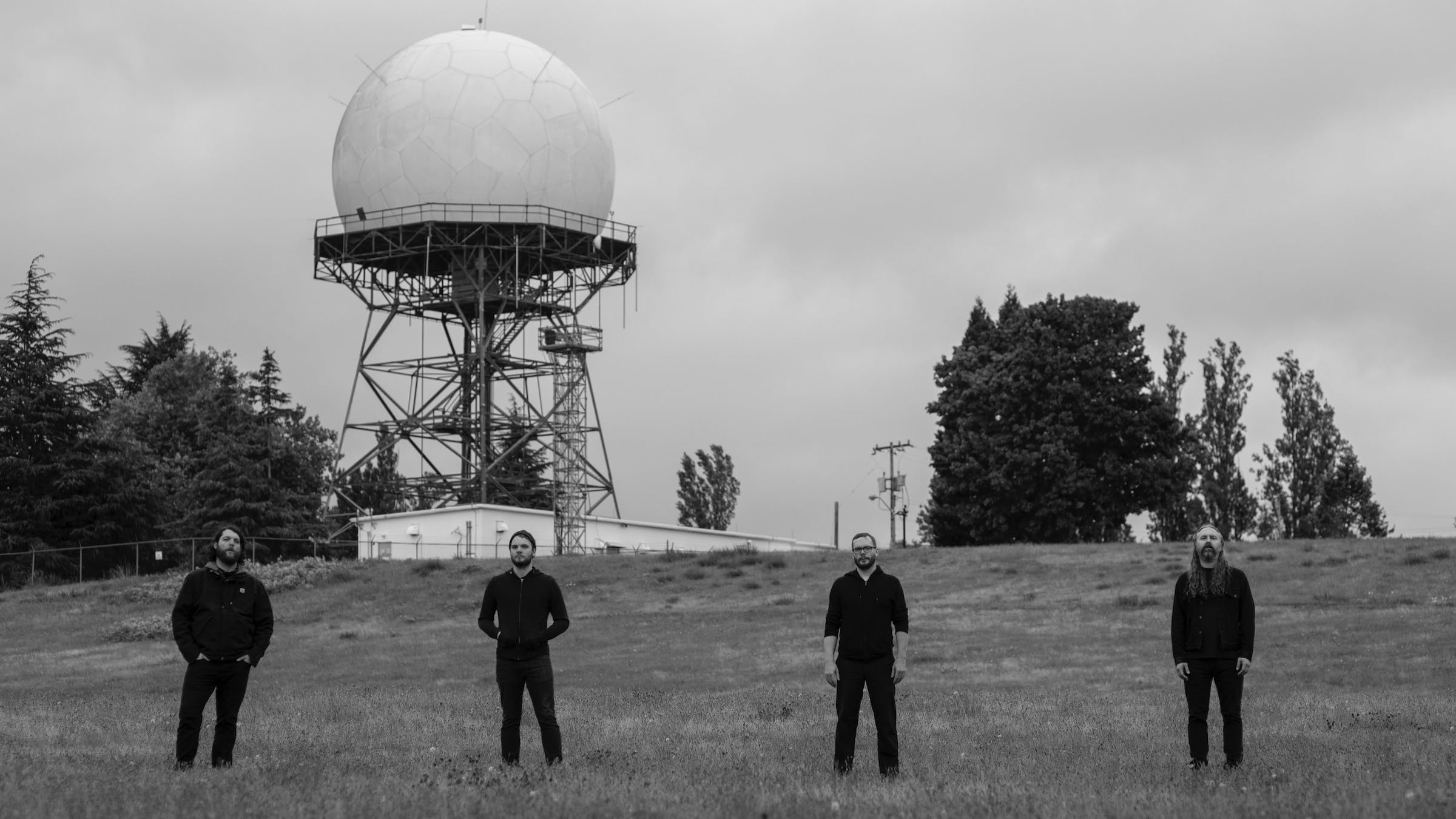 Seattle doom band Serial Hawk have gone deep on their second record, Static Apnea. Riffs slow as molasses and heavier than lead churn, then give way to clean guitars shimmering on the surface like sunlight reflecting on waves. Whereas many of their peers can come across despondent or obsessed with partying, Serial Hawk sound calm and meditative. Breaking it down song-by-song seems to do the whole a disservice; Static Apnea works as a unified whole, the soundtrack to a long journey over choppy water, the placid moments enriched by the more chaotic ones and vice-versa.

In an interview with Kerrang!, guitarist and vocalist Will Bassin describes Serial Hawk as “a heavy rock band at its core, but there’s depth there.” At Static Apnea attests, achieving depth requires sacrifice.

Patience is the watchword with Serial Hawk, both in terms of their music -- like any doom bands, they're unafraid to write songs that break the 10-minute mark -- and of their approach. Long-form doom isn’t hard to find, particularly in the Pacific Northwest, where the genre has experienced a prolonged boom. Serial Hawk’s approach, however, is multifaceted, and evokes a range of feelings from deep peace to frustrating dissatisfaction. Static Apnea is the kind of record that rewards repeat listening on headphones -- one pass-through on laptop speakers won’t do it justice.

Will intends for Serial Hawk songs to be hefty, not just in mundane terms, but emotionally as well. “I want you to feel something when you listen to the music in terms of the craftsmanship of the songwriting, as well as tonally -- there should be more there.” Will’s insistence that rock fans deserve a higher-caliber of songwriting, emotionally, is well-taken.

How to deliver that high-caliber doom is another question entirely, one Will answers with detail-oriented writing. “I like music where each time you listen to it, you can take different things out of it; you discover different nuances and different layers, and that was my goal with this particular record. I wanted substance in multiple places, and for it to be a pleasurable experience while you listen to it.”

“There are different colors of guitar,” Will continues, describing how he goes about creating those nuances that he’s looking seeking. “For example, some guitars [on Static Apnea] are in different tunings, and some are very clean blended here and there. Just like a color palette, I wanted it to be something beautiful and lush. There’s contrast with regard to the arrangements and instruments that I chose.”

To achieve that sound, Will and bassist Adam Holbrook recorded with Robert Cheek, who specializes in this kind of layered approach, and has worked bands like Deftones, Chelsea Wolfe, and He Whose Ox is Gored. The drums, on the other hand, were recorded at The Unknown in Anacortes. Will loved the colossal drum sound Sumac got out of the studio on 2015’s What One Becomes, and then-drummer Sean Bulkley got a similarly titanic sound there as well.

Sean no longer plays in Serial Hawk, and securing a stable lineup is one of many factors that contributed to the long gestation between Static Apnea and its predecessor. Will took nearly five years to write the band’s debut, 2015’s Searching for Light, and though completing Static Apnea only took two years, he’s been waiting since 2017 to release it; Will shopped the album to labels while Serial Hawk hit the road with prominent doom bands like Weedeater, Conan, and Elder. He eventually opted to release the record himself, and is currently preparing Serial Hawk for one more month-long stint across the country.

The tech boom enveloping the west coast and especially Seattle is making it much more difficult for bands like Serial Hawk to exist. The rising cost of renting causes musicians to move outside the city, or to other cities entirely, to make ends meet, not to mention causes scarcity in terms of practice spaces.

The constant process of stopping and restarting weighed on Will and influenced the lyrical direction of Static Apnea. “There’s a lot of metaphors about being challenged emotionally, whether with the band or just within myself,” he shared. “It’s this constant process of diving really deep -- but you’ve just scratched the surface, and then you need to start it all over again.”

Will’s desire to remain submerged in creativity, despite the constant distractions of the outside world, gave the album its title. Static Apnea is a breathing technique used by deep-sea divers to prolong their time underwater. “The vision that you have is deep down within your mind and your soul,” Will says. “I started thinking about that process, and for whatever reason, I was searching deep-sea diving, where I came across the term. It connected with me because that’s how I felt personally working on the record in the studio, this idea of holding your breath and then trying to dive as deep as you can.” It’s an apt title, and one that ties into the record’s cover -- a shadowy face just beneath the surface of murky water, hinting at the layers mentioned above in Will’s compositions, and the steely resolve that Serial Hawk needed to bring their sophomore record to life.

Take a deep breath and then dive into our exclusive stream of Static Apnea below:

Seattle's Dead Bars are "Committed to Bleed" on Their New Album, Regulars