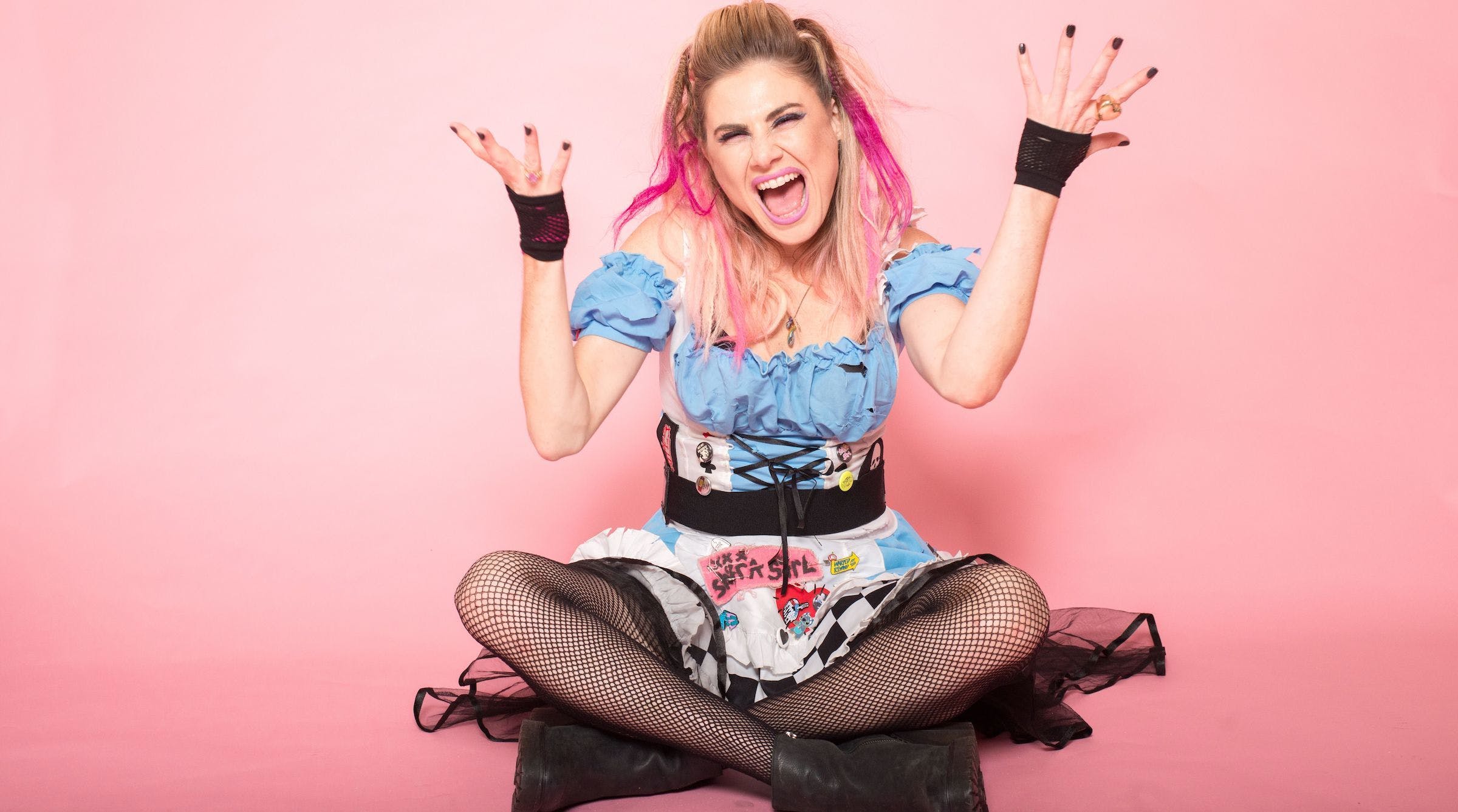 You might know punk rock icon and empowerment activist Shiragirl from when she pulled up to Warped Tour in a pink RV and put on a show that was so memorable that she was bestowed her own stage, the Shiragirl Stage, on which Paramore and Joan Jett would later blast their influential anthems. Now, it’s been over a decade, and Shiragirl is giving listeners a taste of something new with her EP Andi Underground, which centers around a narrative as intriguing as her own.

Within the six songs on Andi Underground lies an entire extravagant, unruly punk rock musical. Andi is a little miscreant with a family that is determined to ‘fix’ her. Resistant and even more determined, she quite literally digs deeper into the outcast hole, following a magic rabbit to an underground world of colorful counterculture (sound familiar?). The story goes on to explore the edgy side to youth, those parts that draw teenagers to rebellion, drugs, and escape. Co-written with Tim Armstrong (Rancid) and mixed by Cameron Webb (Motörhead, Kelly Clarkson, Zebrahead), it is a fast-paced punk adventure that will sweep any listener into Andi’s controversial, revolutionary realm.

“Andi Underground is a dystopian punk rock musical, inspired by the classic story of Alice,” explains Shiragirl. “One night, Tim [Armstrong] and I were brainstorming ideas for a concept record. We both love musicals, and I was always inspired by the story of Alice in Wonderland. (We also watched the movie The Creepy Line, which explores the power that Google and technology have over our lives.) Together we organically built the storyline around a girl who wanted to run away from an apocalyptic digital dystopia to an underground world, and the narrative just slowly grew from there.”

Are you ready to be launched into this crazy world? If so, listen to our exclusive stream of Shiragirl's Andi Underground EP below:

If you're into Andi Underground, catch Shiragirl at one of the following tour dates: