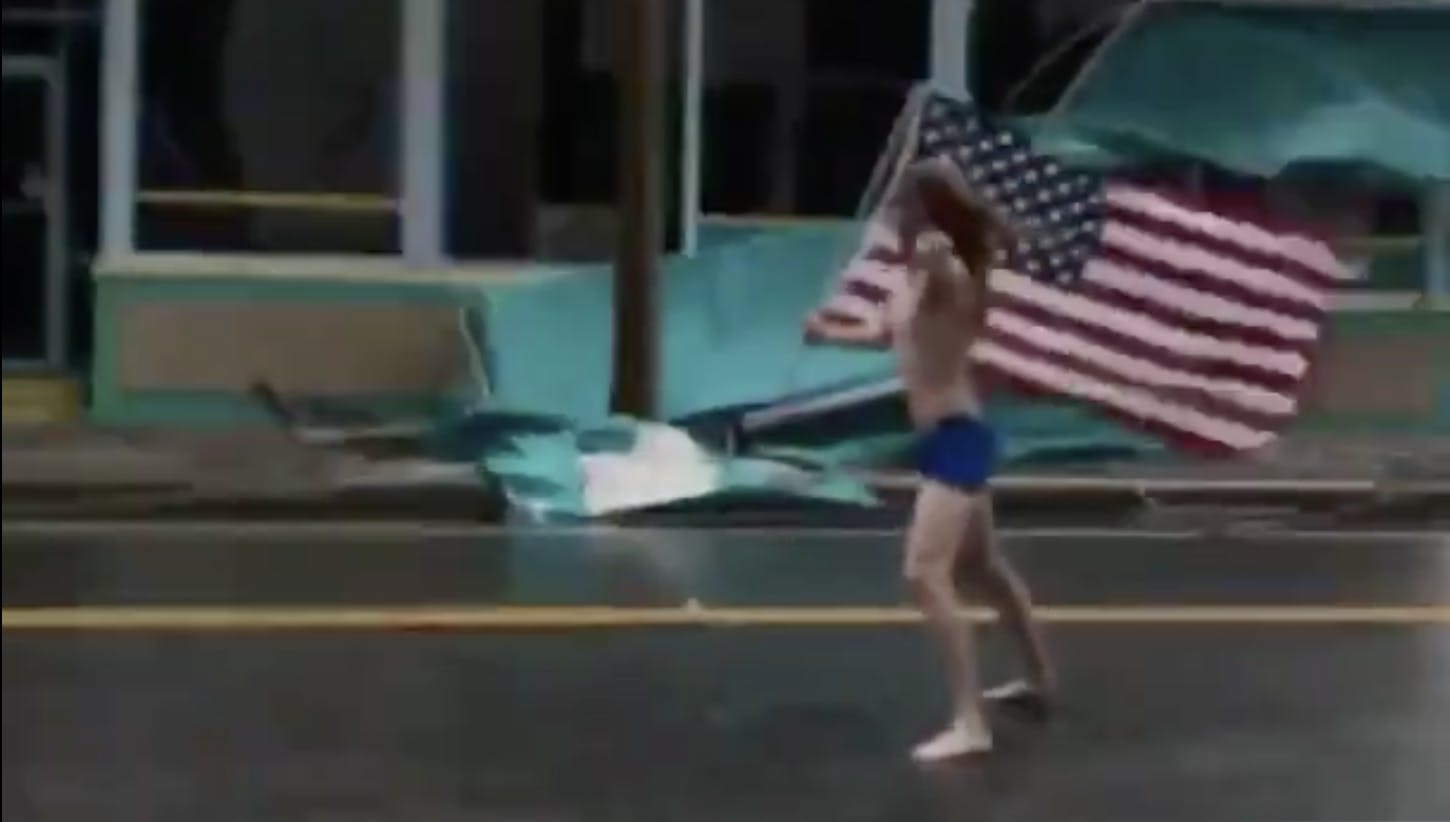 Lane Pittman, the Jacksonville, Florida, man who, two years ago, confronted Hurricane Matthew with nothing but an American flag, a pair of shorts, and the tune of Slayer's Raining Blood (and this was after receiving a citation for breaching the peace with an out-of-control performance of the Star Spangled Banner and Ted Nugent's Stranglehold) is fighting storm systems in the American south once again.

This time, Pittman has upped the ante by staring down Hurricane Florence, the first major U.S.-landing tropical cyclone of the 2018 season that has already claimed the lives of 11 people. Pittman seems undeterred by the severity of the storm, filming a video of himself proudly waving an American flag in its windy face, and uploading it to his Twitter page with the following accompanying taunt:

Check out the full video here:

For those wondering what a Floridian man is doing taking on hurricanes in Myrtle Beach, South Carolina, Pittman had created a GoFundMe page to pay for gas and coffee that would fuel his 350-mile drive north. Not only did he raise his goal of $190 in less than a day, but he continues to pick up steam, having earned $1041 as of this writing.

We can only assume the mighty Slayer must be proud.