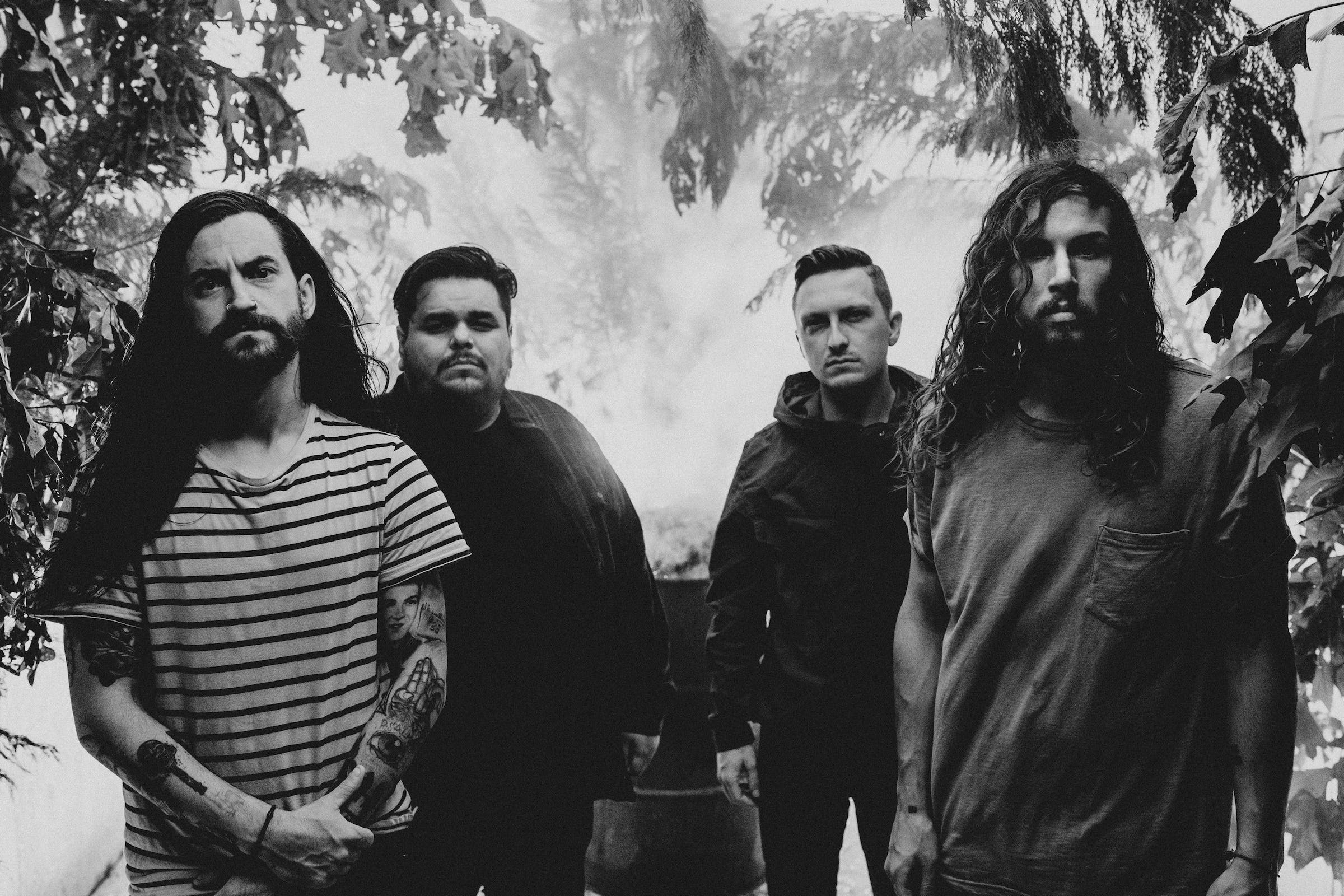 Imagine Mike Tyson in his prime, absolutely annihilating the skull of his opponents in the ring. Now imagine him doing so while he simultaneously reflecting upon the teachings of philosophical and literary icons of years past. This is Silent Planet in a nutshell: the musical point where brutality, compassion and intellect converge.

Beneath the band’s ferocious vocals and merciless instrumentals lies a profound, thoughtful core; lyrics from their catalog cover everything from the effects of American expansionism on Native Americans, to the struggles faced by veterans of war living with PTSD, to the ongoing opioid crisis. Attached to each song are footnotes that reference novels, poems, historical events and a variety of other artistic media to supplement the messages of the tracks.

Silent Planet have grown this unique style into a globetrotting behemoth in the metal scene. In November 2018, the band dropped their third full-length record, When the End Began, and since then, they’ve ground out an incessant, borderline-masochistic tour schedule in recent months – including a co-headlining tour with Stray From The Path, Kublai Khan and Greyhaven last fall, their first European headlining tour, and a string of shows with Senses Fail and the Amity Affliction to kick off 2019.

Even though he traded his previous life as a therapist to shred his vocal chords on the road, Silent Planet frontman Garrett Russell remains a no-bullshit, bona fide intellectual. That he’s also vocal about his faith in Christianity only speaks further to the complexity behind a band like Silent Planet.

As the band prepares for their upcoming U.S. tours, Garrett allowed Kerrang! to pick his refreshingly idiosyncratic brain about his journey as the vocalist of Silent Planet and as an individual.

How was the idea of blending academia-infused lyrics with such a heavy sound conceived?

I started the band nine years ago when I was in college. I was a philosophy and literature major, and I was pretty impacted by a lot of the stuff I was learning. I loved metal, so I thought it’d be cool to make a band that makes footnotes and references historical and literary stuff. Of course, bands have already done that. I didn’t know that at the time, but now I do.

Wait, what other bands use footnotes? I found that pretty unique to you guys. No one does footnotes, I should say. I just know other bands reference stuff, especially guys like mewithoutYou and Every Time I Die. As far as actual footnotes go, I think we might be alone. It’s a cool way to promote learning and encourage people to dig deeper. I don’t see the footnotes as answers as much as like, ‘If you have a question, you can go to this source and probably find a better question.’ The goal isn’t for me to have all of the answers. It’s to ask questions and to encourage people to ask better questions, because I usually think a good question is better than an answer, if that makes sense.

Above: Cover art for Silent Planet's When The End Began.

When you reference something, do you reverse-engineer with stuff you’ve already read and learned about, or do you read new things that then inspire you to include them in your lyrics?

I would say it’s more so the latter. The beautiful thing about education is that it never fully leaves you, unless you suffer from retrograde amnesia or have a traumatic brain injury. I’ve been fortunate enough to not have those things happen to me, so I’m able to write about something and realize, ‘Oh my god, James Joyce really summed this up much better than I can.’ Ultimately, the idea that I’m gonna sit down, close my eyes, try really hard and come up with something that no one’s ever thought of is such an absurd concept.

Some bands try to be more abstract lyrically, but your songs have a lot of specificity in them. Is there any reasoning behind that or is that just how you write?

The songs that have impacted me the most sort of drew a picture in my head. I want to tell specific stories and talk about specific topics. For instance, we have a song about heroin addiction on our new album. I had some people say to just make it generally about addiction. For me, this story about heroin addiction was most compelling specifically because of the opioid crisis happening in America right now.

Do you think there’s anything about your personality or background that motivates you to tell these stories through your music?

The main thing is probably my faith. Just being real, I know this band will be forgotten in the relatively near future. There are so many aspects of what we’re doing that feels kind of like a suicide mission. Not to say that we’re killing ourselves or we’re gonna kill anyone, but to say that I know it’s not cool. I know it’s not hip. I’m 28 now. Most of my friends have houses and are married and having children. I’m single, living out of a van and fucking up my voice for a living. I know that so much of this is a fool’s errand, and I’m okay with that because my faith in Jesus is one that leads me to believe life isn’t about what’s best for me or what’s most successful.

I believe that life is about being faithful to one’s calling. I feel like I’ve been called to this, and I don’t even know why. If I can impact one person’s life with our songs… And, dude, the people who go to our shows are very eclectic and very nerdy. I mean, it’s not a cool crowd (Laughs). People aren’t all wearing those Supreme fanny packs across their shoulders. It’s not a cool thing. Like, we’re not cool. We’ll never be cool. But I love that. I really believe the Gospel’s about intentionality and being faithful. It breaks my heart that most Americans will associate Christianity with like bullshit KKK or Donald Trump or something, because that’s so very far from the intent of the Gospel. But that’s a whole other conversation.

Are there any songs from the new record that are particularly meaningful to you?

The song First Born, very much so. I wrote it for my friend who lost his son. I was at the hospital when his son was born. It was the first time I felt like I was a sort of uncle or godfather, and he died at nine years old. It really fucked with me. I was trying to understand good and evil and God, typical theodicy questions that people ask themselves. That song is very emotional to me.

The song Visible Unseen is probably my favorite on the record and also very meaningful. I wrote it for a trans kid that I met at a show about a year or two ago. They told me about how they were completely rejected by their family, friends and pretty much everything because they wanted to change their gender. In some ways in my life, I think I’ve been complicit in violence toward that community just with views I held, probably until I was 19. That song was my coming clean about my complicity in all of that, but also wanting to be a voice now.

With how emotional your songs are, I imagine the interactions you have with fans are a lot different than most bands. What’s it like when someone shares a piece of their life with you and how your song impacted them?

Being able to talk to people face-to-face, being able to listen to their pain and really establishing a sense of closeness with them is very important to me. I definitely wouldn’t have it any other way. I don’t really provide solutions very often, but I do think something very powerful can happen when you can just be present with someone – when you can look someone in the eye, just listen to them, and let it be known that you give a shit about what they’re saying and that they have value to you. That’s a big part of what we do. I think it always will be until the day this ends. I have no idea if that’s next year, five years from now or tomorrow. Hopefully not tomorrow.

Silent Planet are heading out on tour with summer with August Burns Red and Silverstein. Catch them live at one of the dates listed below:

If you can't make it to any of those shows, you can catch the band at one of the following headlining dates: