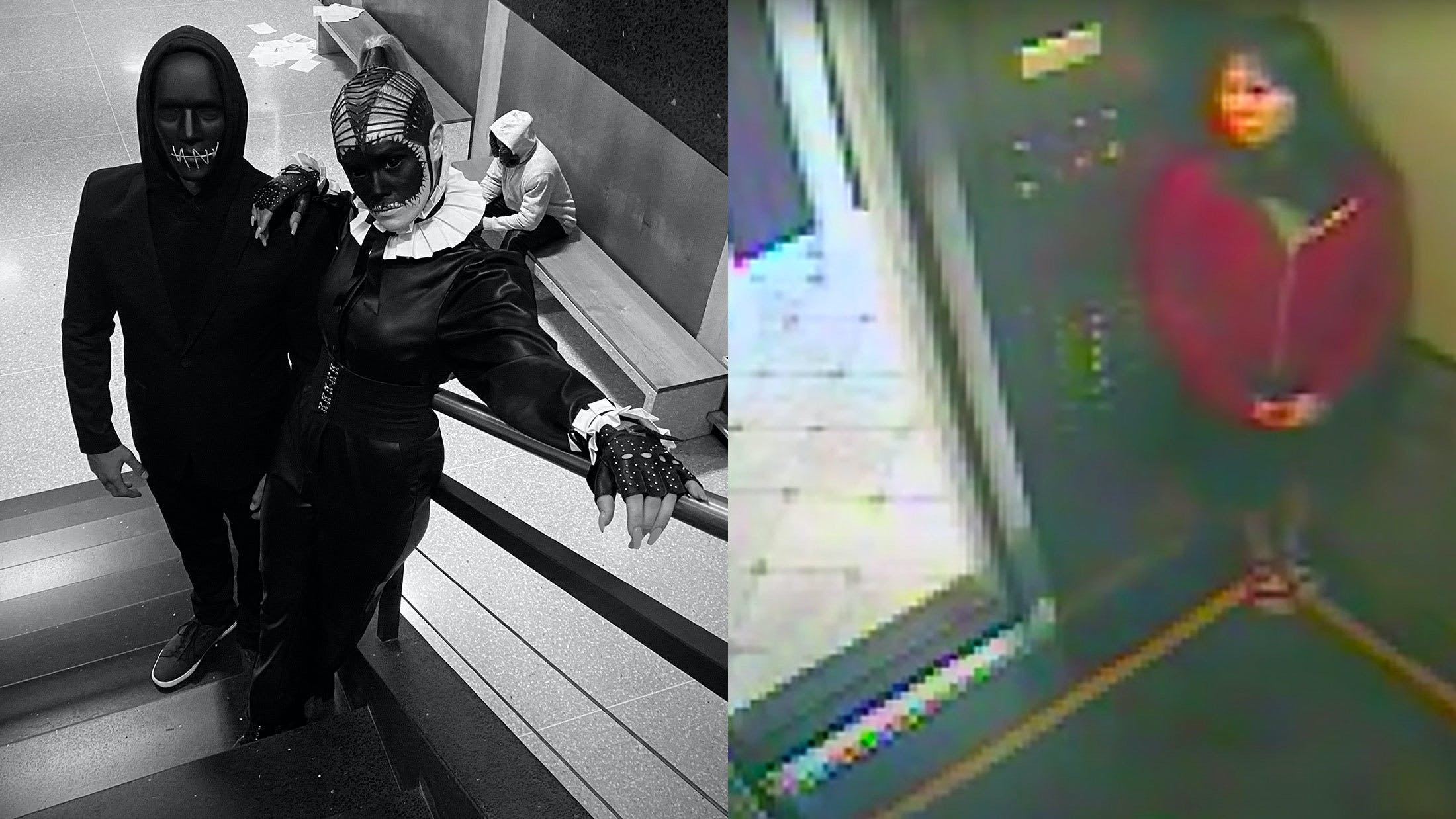 The latest dark chapter of humanity to be serialised by Netflix is the case of Elisa Lam, the Canadian tourist who wound up at the Cecil Hotel in Los Angeles on her trek across California, where she tragically met her untimely end. The case took the internet by storm in 2013 after the release of the infamous 'elevator video', and interest has piqued again following the premiere of The Vanishing At The Cecil Hotel earlier this month.

One artist who has long been fascinated by the case, though, is SKYND, who found artistic inspiration in Elisa Lam's story. Here, we chat to SKYND about what drew her to the case, and why she finds inspiration in tales of death and darkness.

SKYND's music is based around real-life darkness, often tied to serial killers and murder. What draws you to those stories for inspiration?
"When I was about three or four years old, my imaginary friend came to me. He introduced himself as SKYND, and whispered horrible stories in my ear, and peeled off my skin to show me what was underneath. He revealed all of the cruelties in the world and inspired me to write about them. These stories show the abysses of humanity and that fascinates me. What brings someone to commit such inhumane acts?"

What attracted you to the Elisa Lam story?
"I discovered the elevator video of Elisa Lam on YouTube, and I was automatically drawn into this story and went down that rabbit hole for too long. What happened? Why was she acting so strangely? The fact that it was also an unsolved case made it even more exciting to read about and start investigating. I thought that there were so many bizarre things about this case, especially the fact that there was the tuberculosis outbreak around the same time she disappeared, and that the test name was LAM ELISA."

What did you think after first seeing the elevator video?
"It literally sucked me in. The question I asked myself while watching the video was, 'Who is she talking to?' This was creepy and confusing. Why was she behaving like this? It’s almost as she though she was initially waiting for someone to come onto the elevator. It also seemed as though when she went out, she was talking to someone. I had to watch the video over and over again. By the time I found out about this, she had already been discovered floating in the water tank. Seeing the video, knowing she had died, freaked me out."

Lyrically it’s pretty blunt and morbid. Did you feel uncomfortable writing about it?
"Yes, I really felt very uncomfortable. I often tried to put myself in Elisa's place. This feeling of being locked in and not being able to get out caused me some sleepless nights. Every case I write about makes me uncomfortable. I feel like it's important to talk about these things, even though it can cause discomfort."

When writing songs like Elisa Lam, do you try to get inside the head of the person you’re writing about, or view it from an outside perspective?
"Of course, it's hard to put yourself in the shoes of a serial killer, a victim, a survivor, a one-time murderer or otherwise. But I try to research all of their backgrounds. How was their childhood, the parental home, how did life go for this person? Since I am so interested in these cases, and it also fascinates me to some extent. I need the songwriting to be able to process the stories."

Have you seen Netflix’s Elisa Lam/Cecil Hotel documentary?
"Not yet! I want to have a watch party this week with fans, and am waiting for that before I watch it."

There are a lot of people finding your song on YouTube after watching the doc, some of whom find the track offensive and distasteful. What do you say to those people?
"There will always be people who criticise, but I would say that we are opening a conversation. If people say that I glorify serial killers, they don’t understand. It's easy for people to judge the surface. I walk a fine line where my intent is not to be grotesque, but to keep dialogues going. When I released the song, it was five years after Elisa Lam's death. Any big coverage died down. Interest has spiked again due to the Netflix documentary now, not because of me.

"Those who think I am doing this to capitalise on tragedies don’t understand my intent. I agonise over my songs, because I don't want to be misunderstood, but I am here to tell their stories.

"You should never judge a book by its cover. Is this making you uncomfortable? That’s what good art is meant to do. I want to provoke thought and conversation. That's my intent, to make you research the story, and understand what it is about. If people find our art shocking, disgusting or dangerous, then good! I think it was Duke Ellington who said, 'Art is dangerous, when it ceases to be dangerous you don’t want it.'

Will SKYND always be a project about true crime and darkness?
"Yes, because that's what makes me SKYND. I want to sing about the abysses of humanity in any form to remind people not to forget what we are all capable of."

Like Rammstein’s Mein Teil, true crime-inspired duo SKYND take a look at the story of The Rotenburg Cannibal, Armin Meiwes, in their new single of the same name.

True crime-inspired duo SKYND have released a new single and video, Chris Watts, having been struck by the “brutal story” of the 2018 Watts family murders…