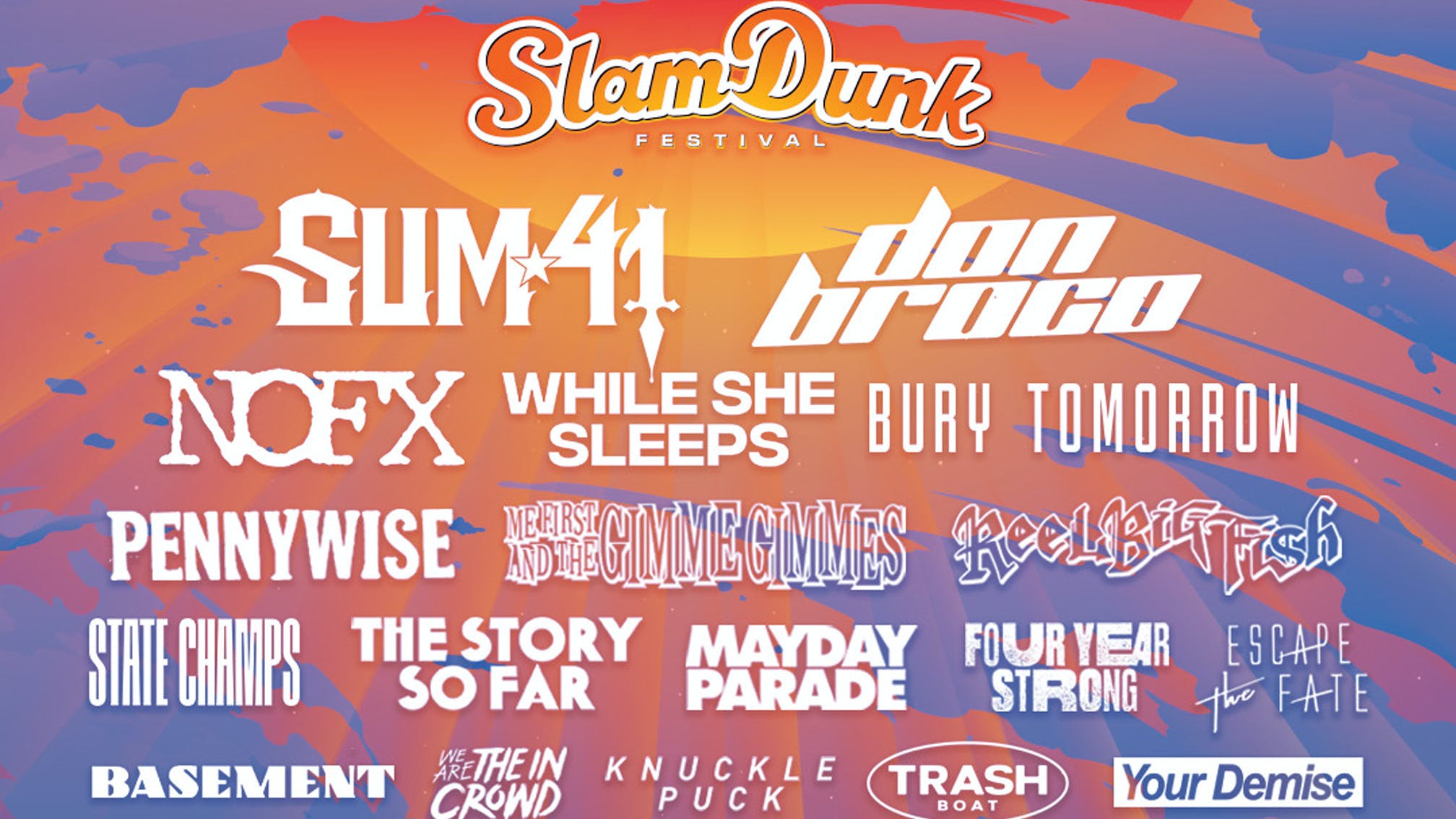 After pushing this year's festival back to September, Slam Dunk have now announced their 2021 line-up.

"It was a shame we have had to move the festival again from May however we feel the guidance now is clear enough to know the event will happen in September," says Slam Dunk Festival Director Ben Ray. "With over two months between the June 21 reopening date and the festival we certainly think there is enough breathing space!

"After having announced the date change after the government announcement, we felt only right to take a bit of time to check with artists who could still do the new dates, before we re-announced them. Now we can reveal these and I am so happy so many can make the new dates!"

As was originally planned, Sum 41 and Don Broco are topping this year's bill, with the likes of While She Sleeps, We Are The In Crowd, Comeback Kid, The Story So Far, Mayday Parade, Four Year Strong, State Champs, NOFX and more joining them.

Speaking to Kerrang! when Broco were initially announced as Slam Dunk headliners before the pandemic hit, frontman Rob Damiani enthused of making that step up in their career, "It’s insane! When you’ve been a band for a while and you’ve worked your way up to it, I think it makes it even more special. I remember when we first started the band and we would try and book shows. We’d be Googling stuff like, 'Who puts on shows in Leeds?’ and it’s like, 'Oh! Slam Dunk Festival organisers put on shows there.’ We were emailing people out of the blue trying to get gigs.

"Eventually Ben got back and said he would put on a show for us. It was a small floor show in Leeds, and that was the first time we ever met Ben. It was us with Marmozets supporting, and we probably played to 100 people, and that was our start. Then the next year we got on the Kerrang! Introducing Stage at Slam Dunk and that was our first chance to play to a lot of people, in a way. I’ll never forget those shows. It was Leeds first at their old site at the university, and then Hatfield. Leeds was this crazy, packed-out room, and we’d just released our Beautiful Morning EP [in 2011]. It was just this crazy, sweaty show with people hanging off the rafters, and it was the start of something incredible.

"We’ve been doing Slam Dunk over the past few years, too, playing some of the other stages. Getting the call to actually headline such an incredible festival that has grown and grown and grown, too… it’s an incredible honour and achievement, and a massive moment to tick off the bucket list.”

Slam Dunk North will take place at Temple Newsam Park in Leeds on September 4, while Slam Dunk South will happen the following day at Hatfield Park.