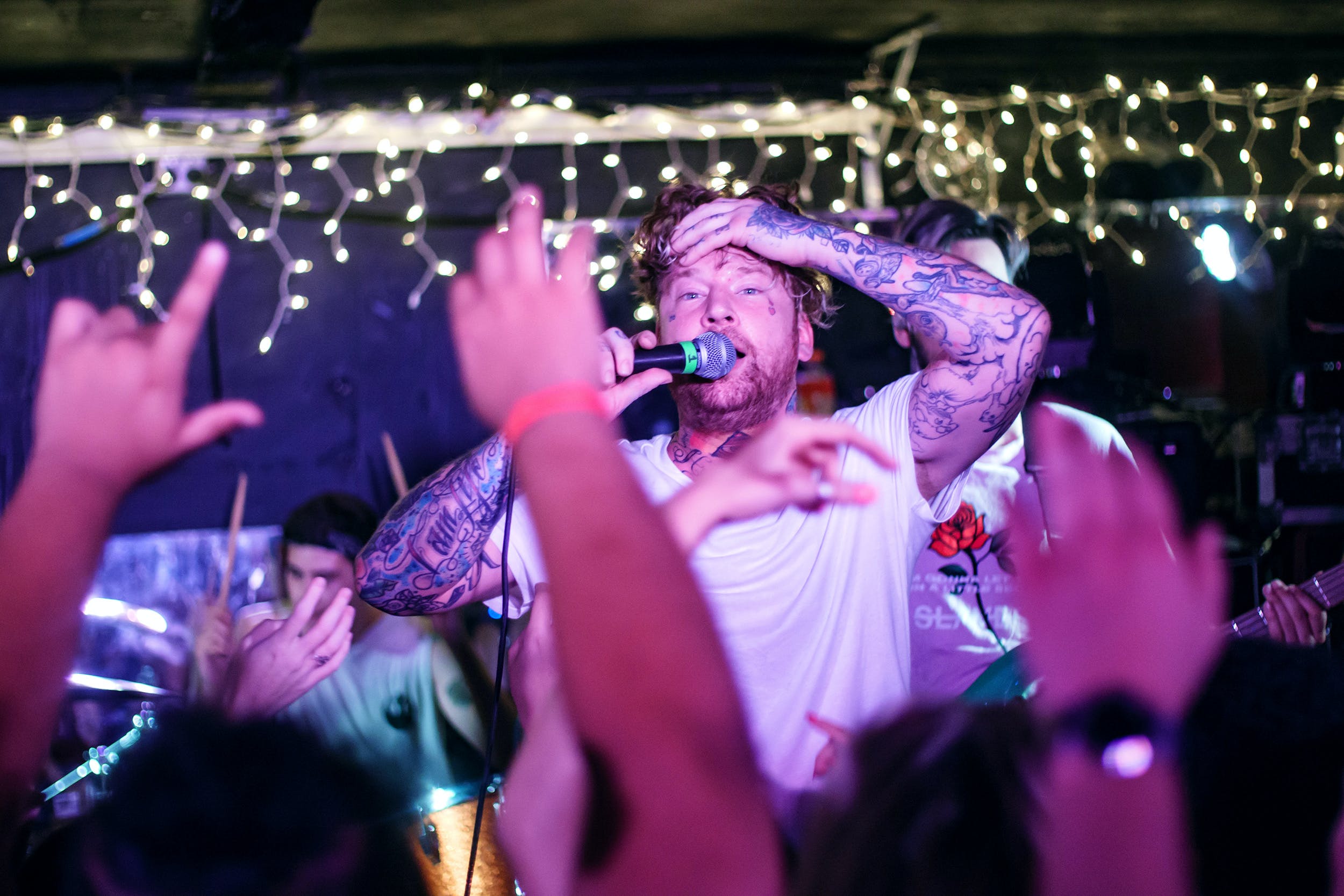 Slaves frontman Jonny Craig has been open in the past about his issues with substance abuse and addiction. Now, it appears that after an apparent relapse, the band has kicked out Jonny -- a move that the singer himself has publicly agreed with.

As part of a statement released today, the band said, "We all have struggles in our daily life, but for some, those struggles are personally and physically dangerous. It is no secret that Jonny has battled with addiction in his personal life, sometimes those battles are won, and most recently lost.

"It’s also unfair for a band to rely on someone who just can’t rely on themselves. Addiction is a disease, and we hope Jonny gets the help that he needs. Unfortunately, Jonny chose his addiction over the band and left them high and dry while checking in for their international flight while he boarded a plane back home..."

The band went on to say that they will cancel their Bristol show tonight, but that Matt McAndrew, known for his appearance on The Voice, will fill in on all remaining UK and European tour dates.

Craig himself released the following statement:

“First before I say anything I just want everyone to know how much I love and appreciate all the support I have had through these years of an amazing career.

I am not here to make a statement addressing drama or starting any. these last few months have been super overwhelming and unfortunately I have let myself break and get back to a dark place.

I wanted to wait for the band to release what they were going to say so that you guys had the info you needed to make sure you can still catch them on the ETF tour dates.

Every single person in the band put in a lot of work to make that set and it should be seen. I don’t want to make this long so ill get right to it. I relapsed and used and it is the reason I am stepping down from slaves at this time.

for the first time in my career and in my life I will be doing whats best for me and my sobriety and health and I stayed home to focus on a program and medications that will help me get back to feeling like I honestly belong out here touring and making beautiful music for each and everyone of you.

again I love all of you and this isn’t me quitting music.. this is simply me just putting everything on pause like I should have done in the past and take a real honest and aggressive approach to my disease.

Thank you all for the support and love and please respect the silence that will follow this message."

Everyone at Kerrang! hopes Jonny is able to get the help he needs.

GALLERY: CKY, Slaves, Royal Thunder, and Awaken I Am Dominate In Brooklyn, NY

The band have made a statement.

Due to injury the UK punks have postponed their UK tour. Ouch. Read the band’s full statement here to find out when the band will be back..