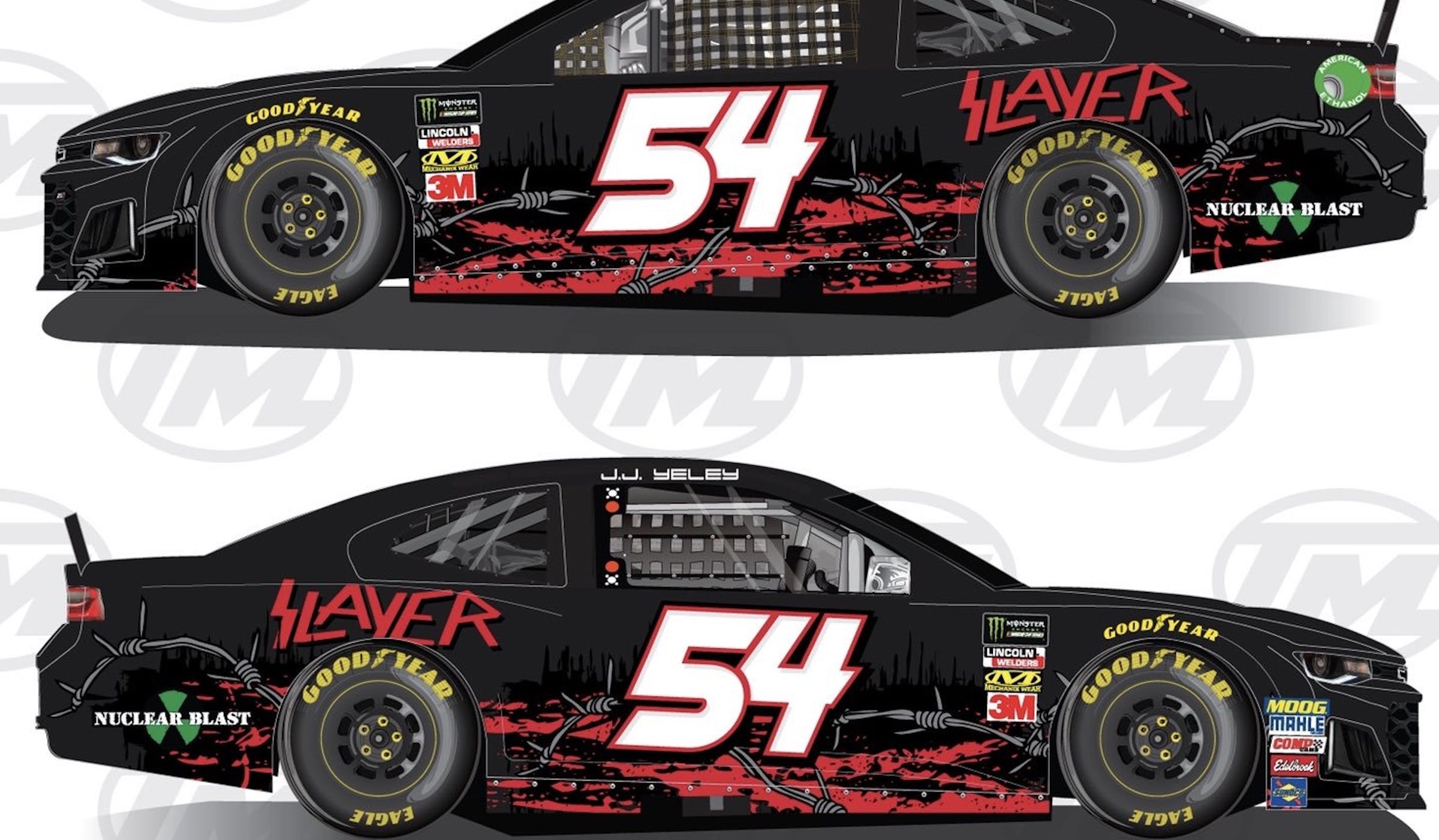 Over the years, satanic thrash legends Slayer have sponsored a lot of crazy merch. From sneakers to statuettes to bicycles, the band have seen it all. But this might be the largest one to date, at least size-wise: Slayer has now joined Rick Ware Racing in sponsoring the No. 54 Chevrolet at Bristol Motor Speedway.

Frontman Tom Araya weighed in on the car, saying, "It’s exciting and awesome that Rick and the boys are wearing the Slayer banner, making us a part of NASCAR history!”

"I am super pumped to have the legendary metal band, Slayer, on my Rick Ware Racing No. 54 Chevrolet for one of the greatest races of the year, The Bristol night race!" says driver JJ Yeley, a Monster Energy NASCAR Cup Series veteran. "Being able to showcase the legacy that Slayer has created over the past 40 years is a true honor."

“NASCAR racing and Slayer have a lot in common," says Slayer guitarist Kerry King regarding the band's partnership with Rick Ware. "Both are extremely fast, intense and aggressive. I can think of nothing more rad than seeing the Slayer logo on Rick’s car with JJ behind the wheel. I’m sure Disciples of everyone involved will be completely stoked on the bond between these two fierce entities!”

Slayer's final U.S. tour, dubbed The Final Campaign, goes down in November. Catch the band live for the last time at one of the following dates: