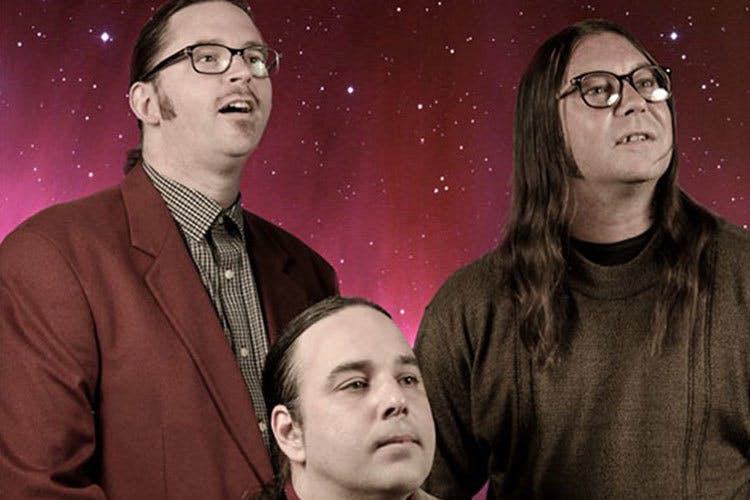 For the past five years, stoner metal kings Sleep have done a solid job at reinvigorating their career. Not only have the band embarked on several successful tours, but they also surprise-released one of last year's most critically-acclaimed albums, The Sciences, on 4/20. But the trio have never been one to do things by anybody else's rules -- their initial break-up basically came about due to not wanting to be pressured into releasing a bastardized version of their epic Dopesmoker -- and so it's a bummer, if unsurprising, to learn that despite their success, Sleep will be taking an indefinite hiatus.

The news came about via a very Sleep-appropriate post on their Facebook page, which announced that they'd play a few final gigs in 2019 -- three shows at Chicago's Thalia Hall on December 29, 30, and 31 -- before they enter "hypersleep facil for indef duration."

Unfortunate news. If you haven't caught Sleep's incredible live show, then get your tickets for Chicago ASAP -- it's truly awesome to behold.

That Sleep are taking a break is somewhat expected, given the insane year had by guitarist Matt Pike's other band High On Fire. The sludgy thrash trio kicked off 2019 by winning the Grammy for Best Metal Performance for their album Electric Messiah. Later in the year, founding drummer Des Kensel left the band shortly after they announced a fall tour with Power Trip. So it's understandable if Matt has to focus on that band rather than Sleep.

Meanwhile, if you want to catch High On Fire live, you can do so at one of the following dates: